DAVID HAYE comes out of retirement to take on ex-pal Joe Fournier on the undercard of Evander Holyfield vs Vitor Belfort TONIGHT.

Nightclub supremo Fournier, 38, has a pro boxing record of 9-0, while Haye, 40, hasn't fought since his fifth-round TKO loss to Tony Bellew in May 2018. 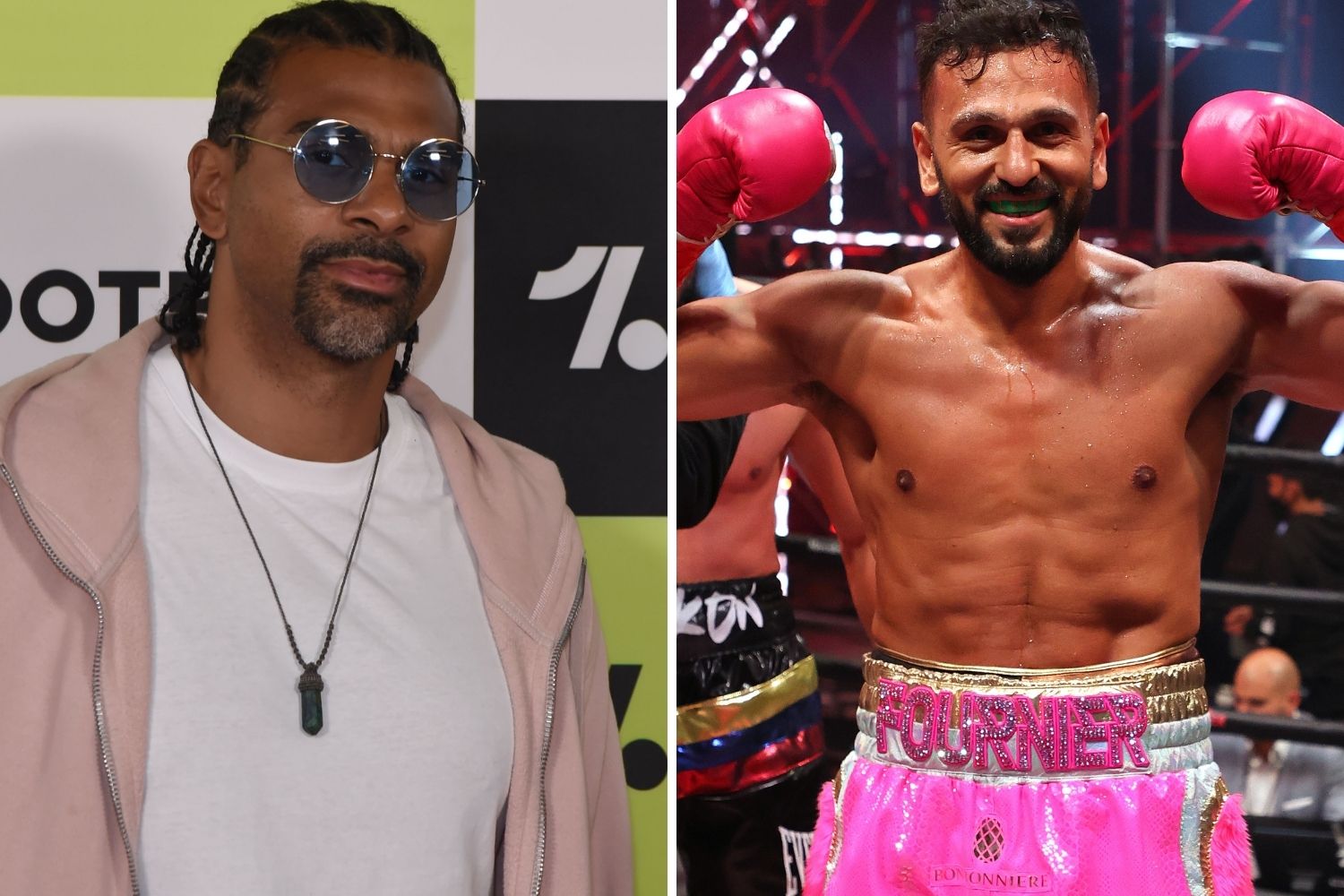 When is David Haye vs Joe Fournier?

The fight is on the undercard of Evander Holyfield vs Vitor Belfort at the Seminole Hard Rock Hotel & Casino in Florida.

It is expected the ring walk times for Haye vs Fournier will be around 3am BST, with the main event on at 4am.

Haye vs Fournier is set for eight rounds and WILL count on both boxers' pro records.

What TV channel and live stream is David Haye vs Joe Fournier on?

A TV channel for the card has yet to be announced for UK television.

Though you'll currently be able to watch live on FITE.TV.

The streaming only service will provide the undercard and main event for £9.99 in the UK.

You can also follow all the action right here on SunSport with our live blog.

How do the fighters compare

"I laughed, but out of respect for Joe’s ego suggested it would be close, maybe a draw – whilst winking to Joe.

"Joe’s straight-faced response was very different, he was deadly serious stating he would win in a fight today – I assumed it was just the tequila talking.

"And that’s exactly where it started. A boozy night in Mykonos, two alpha males peacocking with a crowd of girls.

"Fast forward two weeks, I remain happily retired from boxing, with no intentions to make a traditional comeback to challenge the monsters of the division but am fit and ready to prove my point against my overconfident billionaire buddy.

"But for Fournier, the ‘Ric Flair’ of the boxing world, this would have done nothing for his ‘legacy’.

"Joe asked what it would cost to get me through the ropes one last time for an official fight, on a real stage.

"I told him it would have to be a package rivalling my last PPV blockbusters. A few calls with the lawyers, and here we are."