DEONTAY WILDER believes Tyson Fury 'cheated' to win their last fight, and believes he's 'coming up with a masterplan to cheat again'.

Fury convincingly beat Wilder in their February 2020 rematch, and the pair are set to meet again next Saturday for their third and possibly final time. 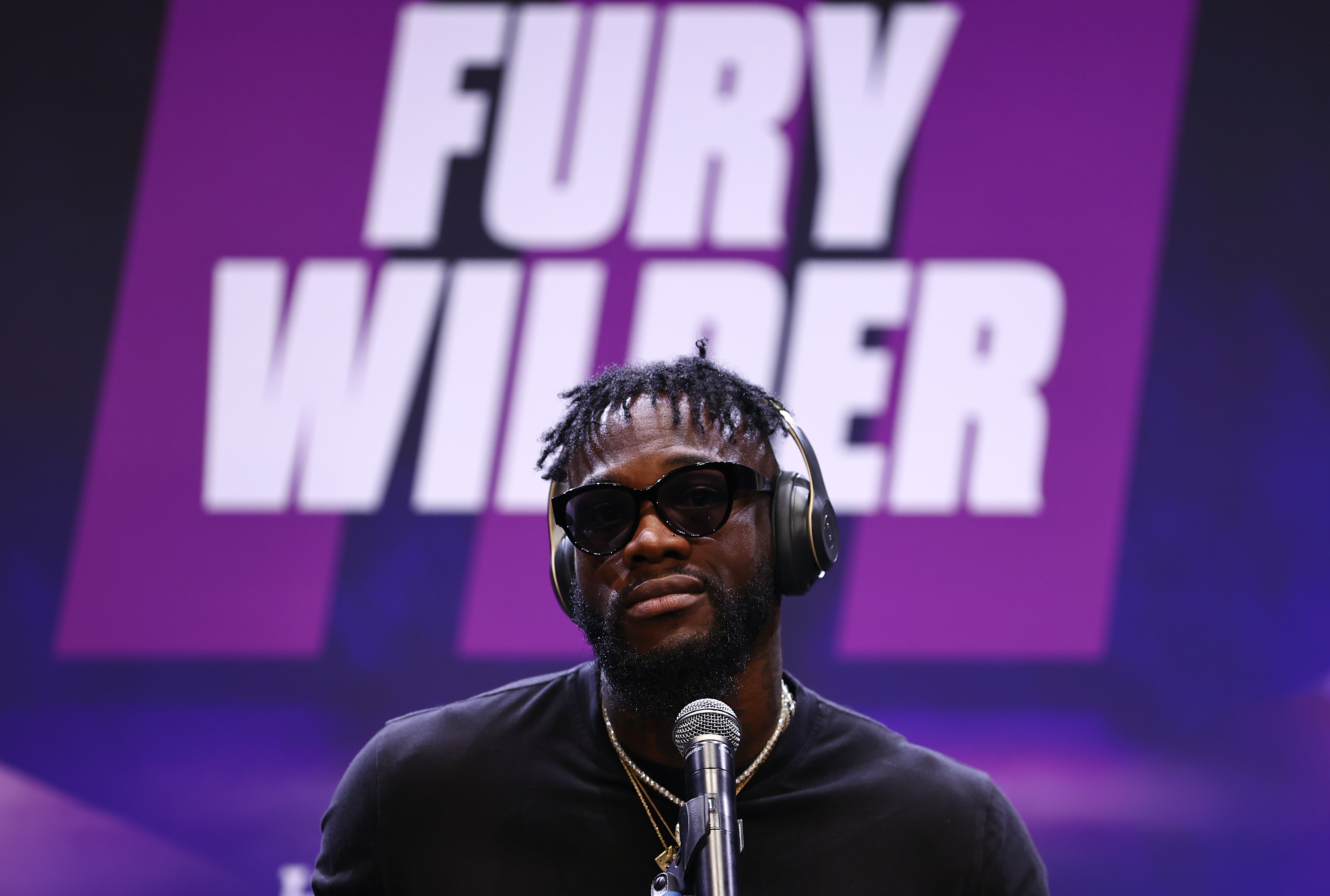 After over half a year of silence on the defeat to Fury, Wilder spoke out and accused the Brit of cheating.

Wilder accused Fury of tampering with his gloves to put his fist in an improper position.

He also believes that Fury put a hard object inside his gloves to deal more damage with each punch.

The next strange claim was that his water was spiked, potentially by his co-trainer Mark Breland.

And then he blamed fatigue due to the weight of his ring walk costume.

The American also accused and fired Breland for disloyalty after he threw in the towel to end the fight.

Ahead of next Saturday's trilogy fight at the T-Mobile Arena, Las Vegas, Wilder stands by his cheating claims.

He told 78SPORTSTV: “You think he ain’t gonna try to cheat this time?

“Oh they’re thinking, they’re coming up with a master plan.

“But my thing to him – man, you couldn’t even get me out on loaded gloves and the conditions I was under.

Such unfounded claims of cheating prompted a response from Fury's dad John.

John advised Wilder takes a leaf out of former Heavyweight champion Anthony Joshua's book, who was gracious in defeat last Saturday after loosing to Oleksandr Usyk at the Tottenham Hotspur Stadium.

You think he ain’t gonna try to cheat this time?

The Brit lost his WBA, IBF, WBO and IBO heavyweight world titles, but was incredibly humble – something John admires.

He said: "I got asked about Wilder being like AJ.

"You could never compare the two men. AJ had dignity in defeat, he knows what’s gone wrong and he’s trying to put it right and he will do.

"The other one’s in total denial and has been talking absolute rubbish for the last two years.

"He’s still talking rubbish and that’s what puts me off him as a fighter and that’s why in my opinion he cannot improve because of his mindset.

"Tyson will know when to fight and when to box and I don’t think Wilder has the intelligence to cope with that on any level at all. Not knocking him it’s just the character he’s shown to me in defeat.

"How can you learn in defeat when you carry on like that?

"I don’t want them to be like spoilt children in defeat. I admire men in defeat with dignity.

"Look at Manny Pacquiao the other day. You didn’t see him doing that, blaming his costume, blaming his team, slandering world champions, giving professional people a bad name. You can’t do that, it’s defamation of character.

"Like I said before I would have had him in court, he would never have got a second fight but that’s politics and that’s out of my hands and like I said, I’ve got no control over it at all."