Home » Sport » Diego Maradona had no alcohol or narcotic drugs in his body at the time of his death, his autopsy showed

Diego Maradona had no alcohol or narcotic drugs in his body at the time of his death, his autopsy showed 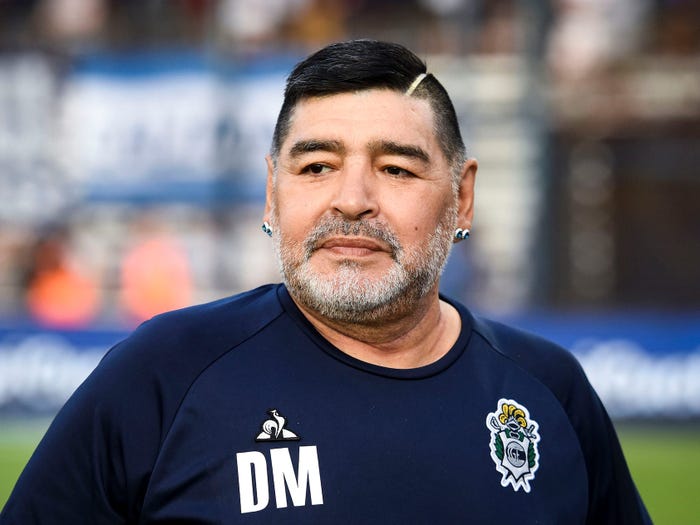 Diego Maradona had no alcohol or narcotic drugs in his body at the time of his death, an autopsy has revealed, according to reports from Argentina.

According to Argentine news agency Télam, a preliminary autopsy earlier this month determined that Maradona died in his sleep after suffering an acute pulmonary edema, effectively a build-up of fluid in the lungs. This was "secondary to exacerbated chronic heart failure" and a "dilated cardiomyopathy," the report added.

The news agency added that the latest report stated that no alcohol or illegal drugs were present in Maradona's body at the time he died, however did reveal the presence of drugs used to treat depression and anxiety.

It also revealed that Maradona's kidneys and liver were badly damaged, and that his heart weighed more than 500 grams, roughly twice as much as the average person's, Télam said, citing forensic doctors.

"All the mother——s waiting for my dad's autopsy to reveal drugs, marijuana and alcohol," she said. "I am not a doctor but I saw him very swollen. A robotic voice. It wasn't his voice."

Maradona had a well-documented history of alcohol and drug problems, and was twice banned for 15 months during his playing career for cocaine use.

He also suffered an overdose in 2000, a heart attack in 2004, and was diagnosed with hepatitis in 2007 as a result of his substance abuse.

In 2014, Maradona told TyC Sports: "I gave my opponents a big advantage due to my illness. Do you know the player I could have been if I hadn't taken drugs?"

END_OF_DOCUMENT_TOKEN_TO_BE_REPLACED

END_OF_DOCUMENT_TOKEN_TO_BE_REPLACED
Recent Posts
We and our partners use cookies on this site to improve our service, perform analytics, personalize advertising, measure advertising performance, and remember website preferences.Ok