JUDE BELLINGHAM has taken to social media to laugh off rumours linking him with Liverpool.

The 18-year-old sensation tweeted a now-deleted GIF of himself laughing while on England duty – seemingly shutting down talk of a move to Merseyside. 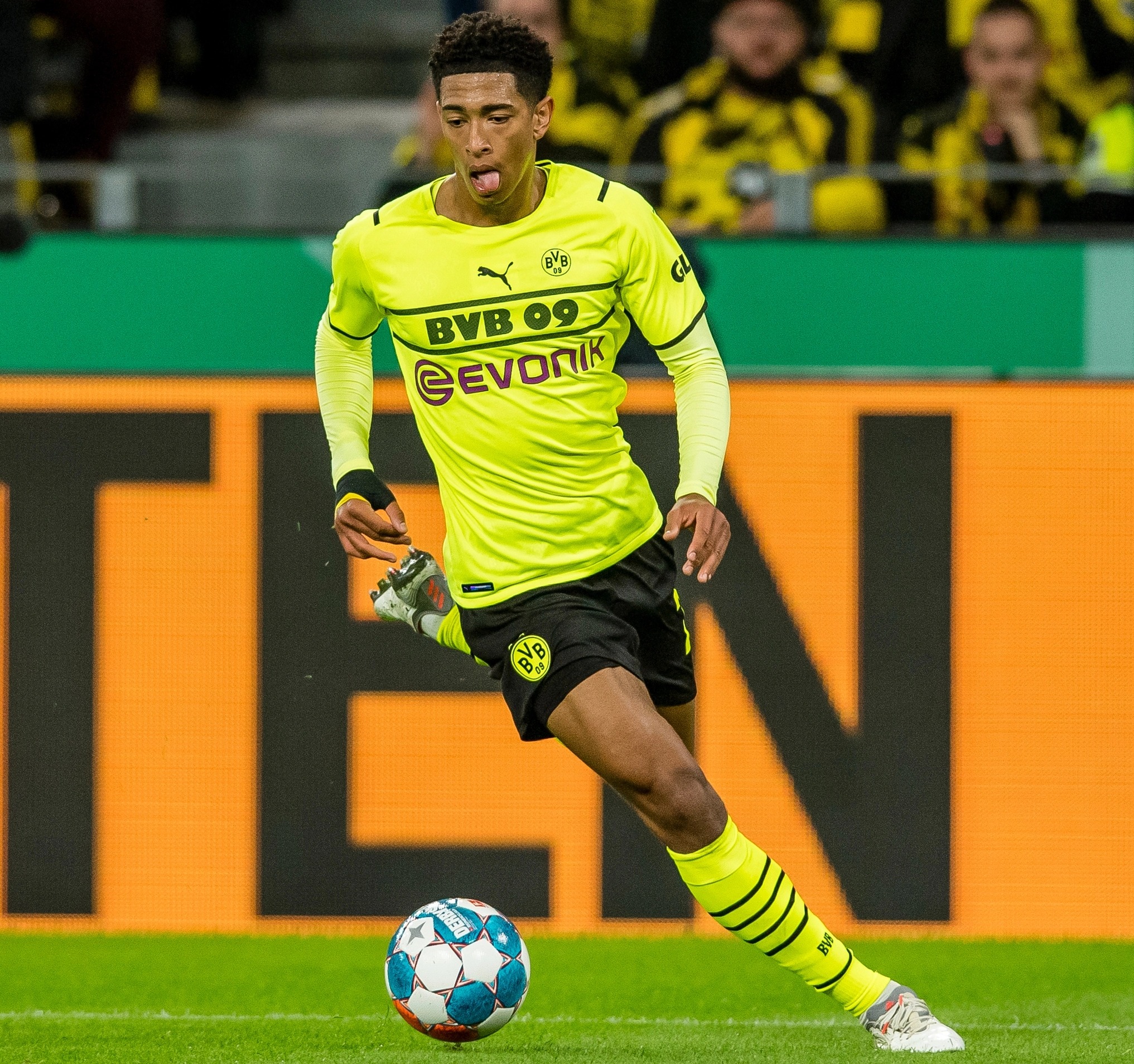 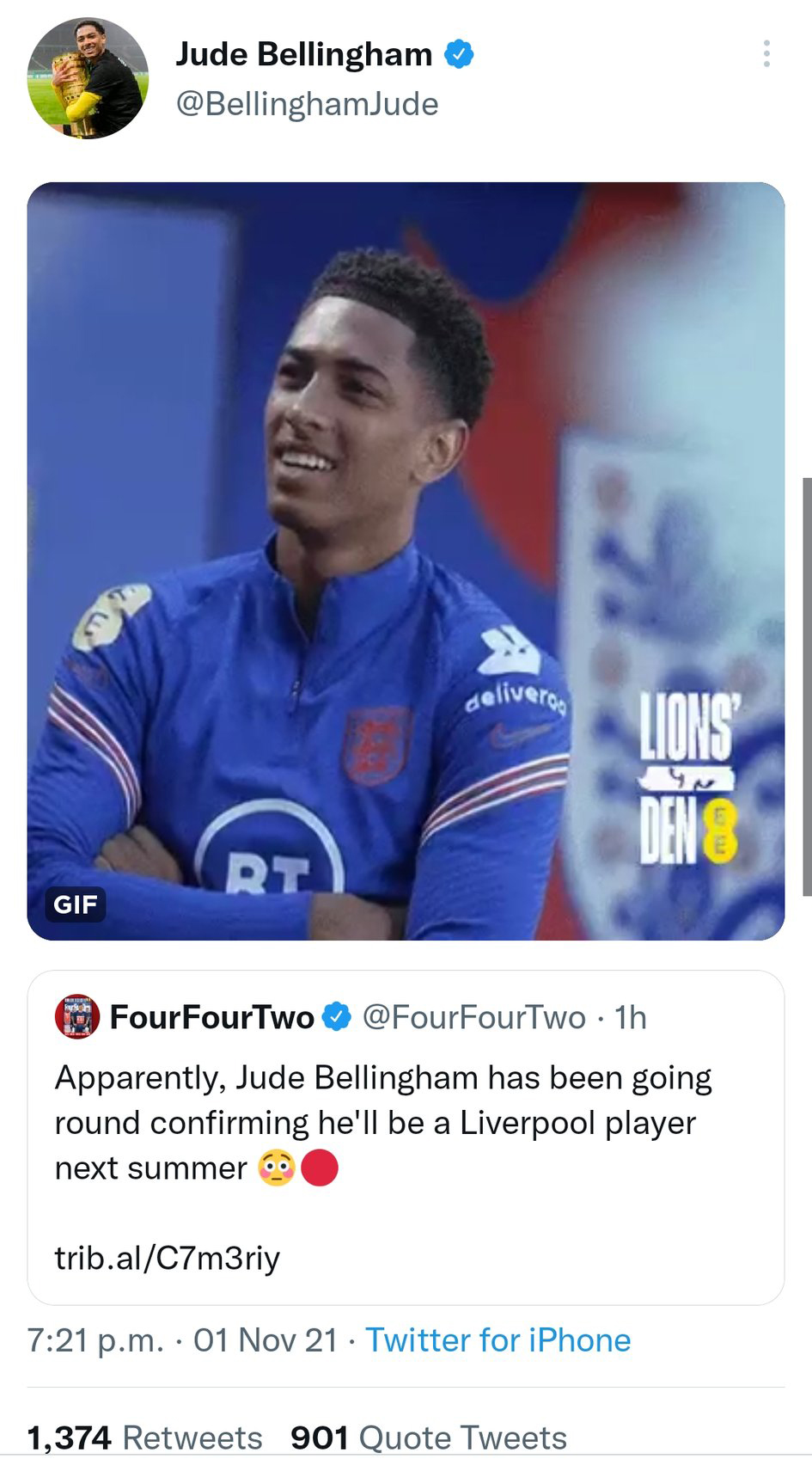 The Borussia Dortmund star has been strongly linked with the Reds, with Dortmund sporting director Sebastien Kehl even confirming the interest.

But Bellingham's post – which has since been deleted – was in response to a tweet claiming he had been telling people he was moving to Anfield.

The midfielder retweeted the post with a GIF of himself in an England top laughing – but with no caption.

The ex-Middlesbrough and Blackburn man told BBC Radio Merseyside: "I think I've heard it on good authority and I can't say where I've heard it from, but apparently he has been saying that he is Liverpool bound.

"Whether that is January or whether that is the end of the season isn't sure yet, but I think, I have it on good authority that it is almost a cert."

But the Anfield outfit are now in pole position to sign the England star – with boss Jurgen Klopp understood to be a big fan of the midfielder.

Bellingham announced himself on the world stage at Euro 2020 with his displays for the Three Lions.

His form saw him linked with moves to Liverpool, Manchester United and Chelsea.

But his recent tweet perhaps suggests he will be at Dortmund for a little while longer yet.