REAL MADRID are confident they have agreed a deal to buy Eden Hazard from Chelsea for a fee of up to £115million.

Negotiations over the past two weeks are understood to have reached a conclusion. 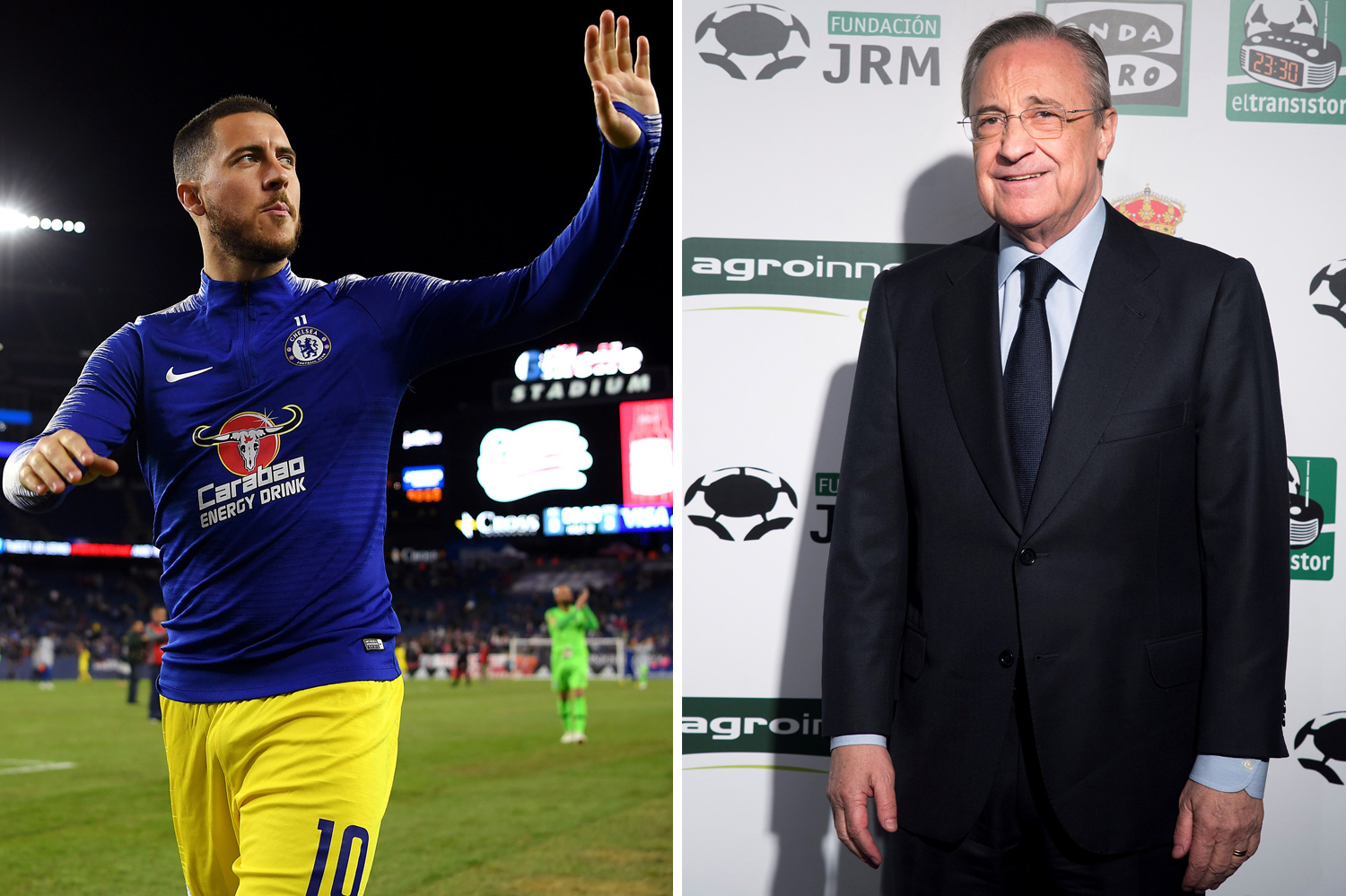 And Real president Florentino Perez said: “We have been trying to make Hazard a Real Madrid player for several years.

"We are working on a project to make people dream again, where we recover our hunger and ambition. I have already lived through this stage before.

“I have a dream that Hazard will arrive this year. Let’s make a good team this year.

"I am very interested in him coming to Real Madrid and I am very hopeful that he will come this year. He’s one of the great footballers.

"Last year we wanted him, but this year he only has one year left on his contract and it is easier.”

Hazard has enjoyed another stellar season at Chelsea – chipping in with 19 goals and 16 assists in 51 games in all competitions.

Chelsea will receive £100m with a possible further £15m in add-ons for the winger who will play his last game for them in tonight’s Europa League final with Arsenal in Baku.

Chelsea owner Roman Abramovich ordered the sale rather than lose the playmaker for free when his deal expires next year.

Christian Pulisic’s £58m arrival from Borussia Dortmund in January was sealed with Hazard’s  departure in mind.