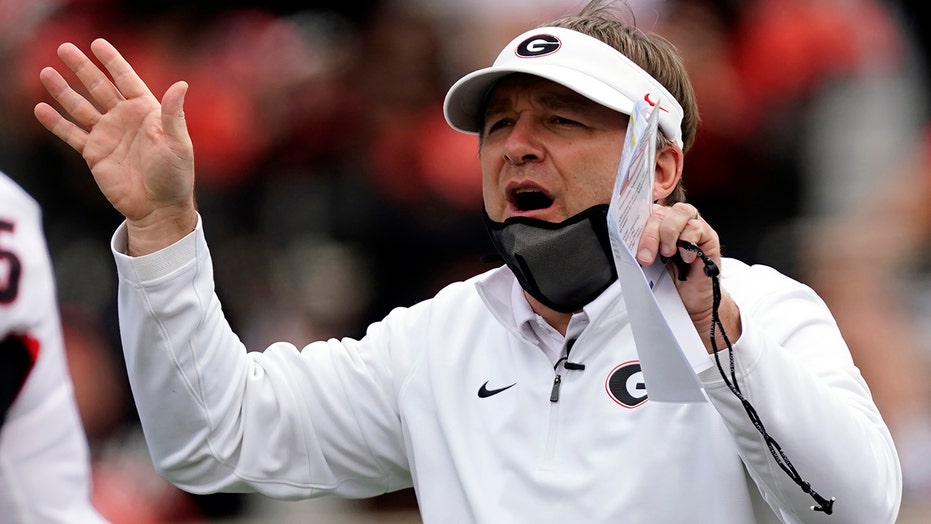 Steve Spurrier put his rivalry with Georgia aside and offered praise for their head coach on Monday.

Spurrier, who coached Duke, Florida and South Carolina, said in an interview on DawgNation he liked Bulldogs coach Kirby Smart because “he’s a visor guy.”

“I like Coach Kirby, I like the way he wears that visor all the time, I don’t know if the Georgia people gave him any crap about it, but he’s a visor guy. I like all those visor guys out there in the coaching profession,” Spurrier said, via Saturday Down South. “He’s done very well, he hasn’t hit the top yet. He’s got teams that are always capable. They are probably gonna hit the top pretty soon.”

Last month, Spurrier made a bold prediction about another former SEC rival – Alabama. He said he believed the Gators will top the Crimson Tide this season.

“We get Bama, Coach has already predicted we’re going to get Bama,” former Gators quarterback Shane Matthews said during a “Gators Roundtable” episode.

Spurrier responded: “I think we’re going to pull the upset.”