MEET PAUL FLETCHER – the former Claret and Blue who believes the future of footballing stadia lies in rural Eastern Europe.

Bolton-born, the striker would go on to play for his beloved Trotters before becoming a Burnley legend – making almost 300 appearances during the 1970s. 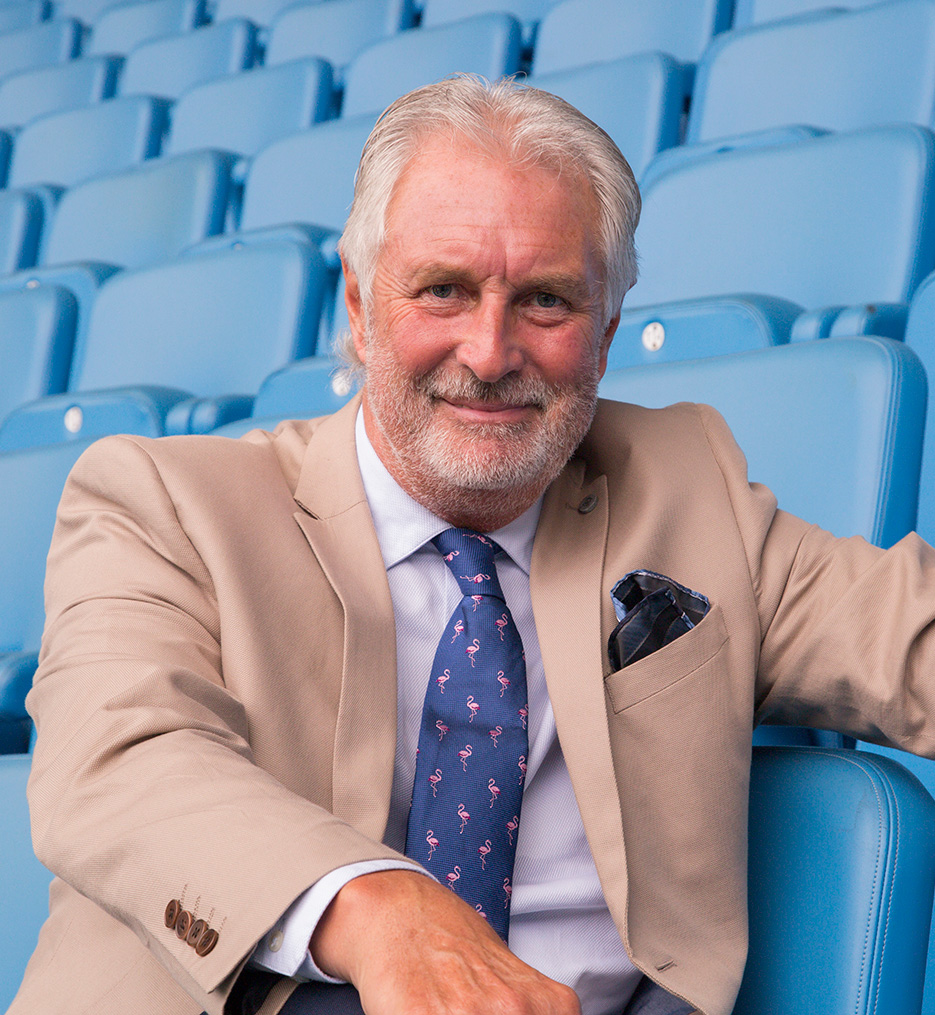 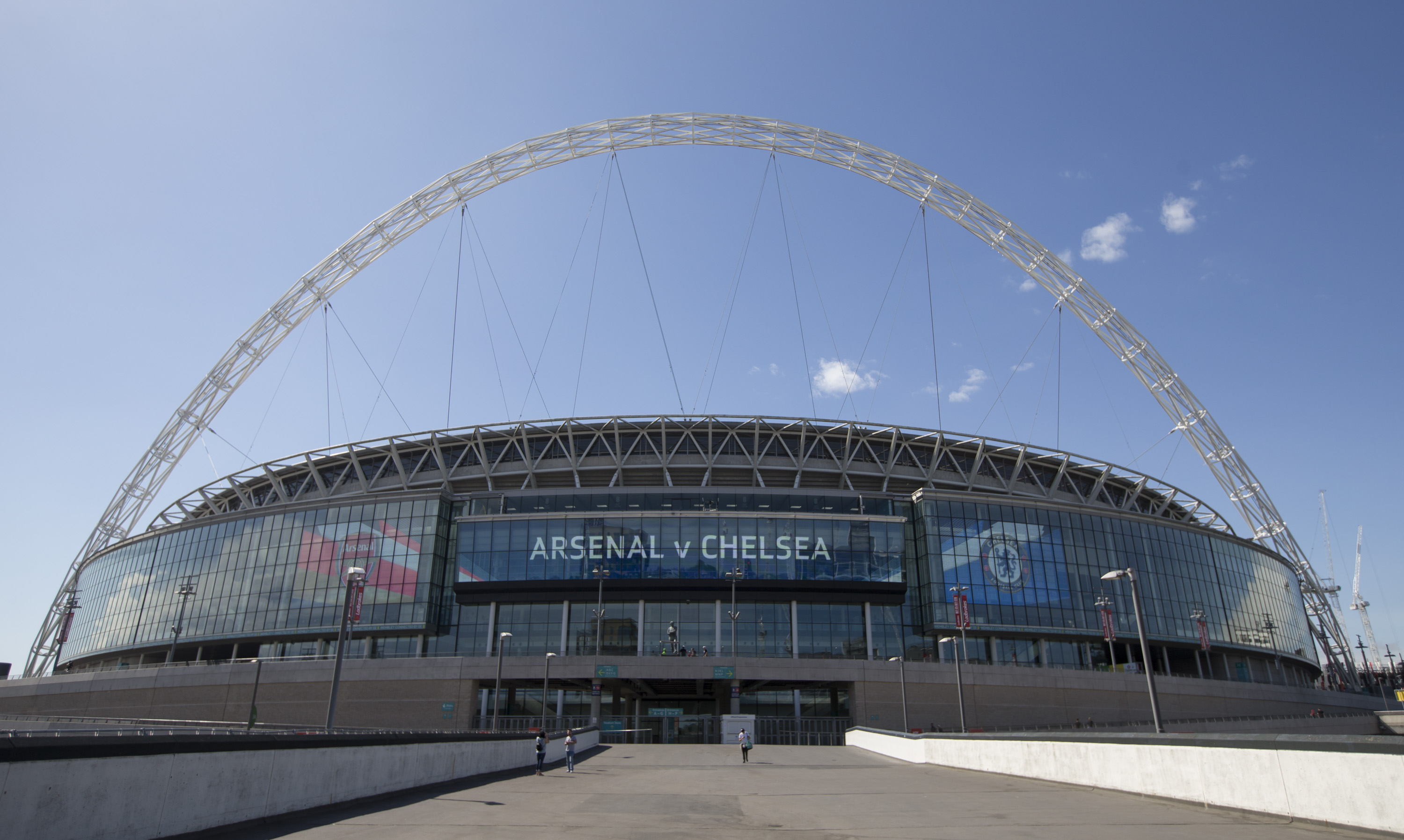 Now a sprightly 68-year-old, Fletcher has earned the title as one of Europe’s leading stadium experts, overseeing the rise of Huddersfield, Bolton and Coventry’s current homes.

He was also a key player in the development of the new Wembley, acting as commercial director from 1999 to 2001.

Now, his eyes are firmly fixed on the future – part of a revolutionary new study that predicts cities populated by over 200,000 people will be purposely built around mega-stadiums in the next 40 years.

Speaking of the study commissioned by Mastercard, Fletcher said: "It will be with an emerging club to start off with, most likely from Eastern Europe. That’s where all the money and land is nowadays.

"It’s a billionaire thing to do in this age to buy a football club, so why not try somewhere with potential not only to build a stadium, but a community?

"The football world is getting a bit mad so it’s just following it along."

Several other areas around Europe have also been earmarked thanks to their proximity to international transport links and surrounding land.

The stadiums will be based on what Fletcher calls the ‘Hamburger Model’ – three tiers consisting of parking and shopping, sport and music and education and student accommodation.

'THEY WILL BE STADIUMS OF THE FUTURE'

It would be the first of its kind in world sport, costing around £700m to revolutionise community development.

Fletcher said: "Grounds are now catalysts for a town moving forwards. Back in Ye Olde days, towns were built around churches – it should be the same now with football.

"But rather than build just a stadium, you build a commercial building that operates 13 out of 14 days, and once a fortnight some football is played.

"Kids can study there, work there on match days and then spend their money in the surrounding shops and restaurants – it’s the stadium of the future.

"With the right commercial development, you get your investment back in five to 10 years, support the local community and have a top flight side within half a century."

Fletcher has spent the last 30 years getting to know the world of footballing stadia – and openly admits to learning off of some big cock-ups in previous ventures.

Huddersfield’s modern John Smith Stadium – the first to be built after the Hillsborough Stadium Disaster Inquiry report – was dumped on Fletcher’s lap as commercial manager of the club, at a time when he admits he had no clue what he was doing.

He says it’s riddled with errors, most notably in the curved outer arches that both deny any capacity increase and allow the atmosphere to seep out on match day.

He then secured the naming rights for the Reebok Stadium as chief executive, but quickly realised its location and mega-parking turned it into a money-draining ghost town. 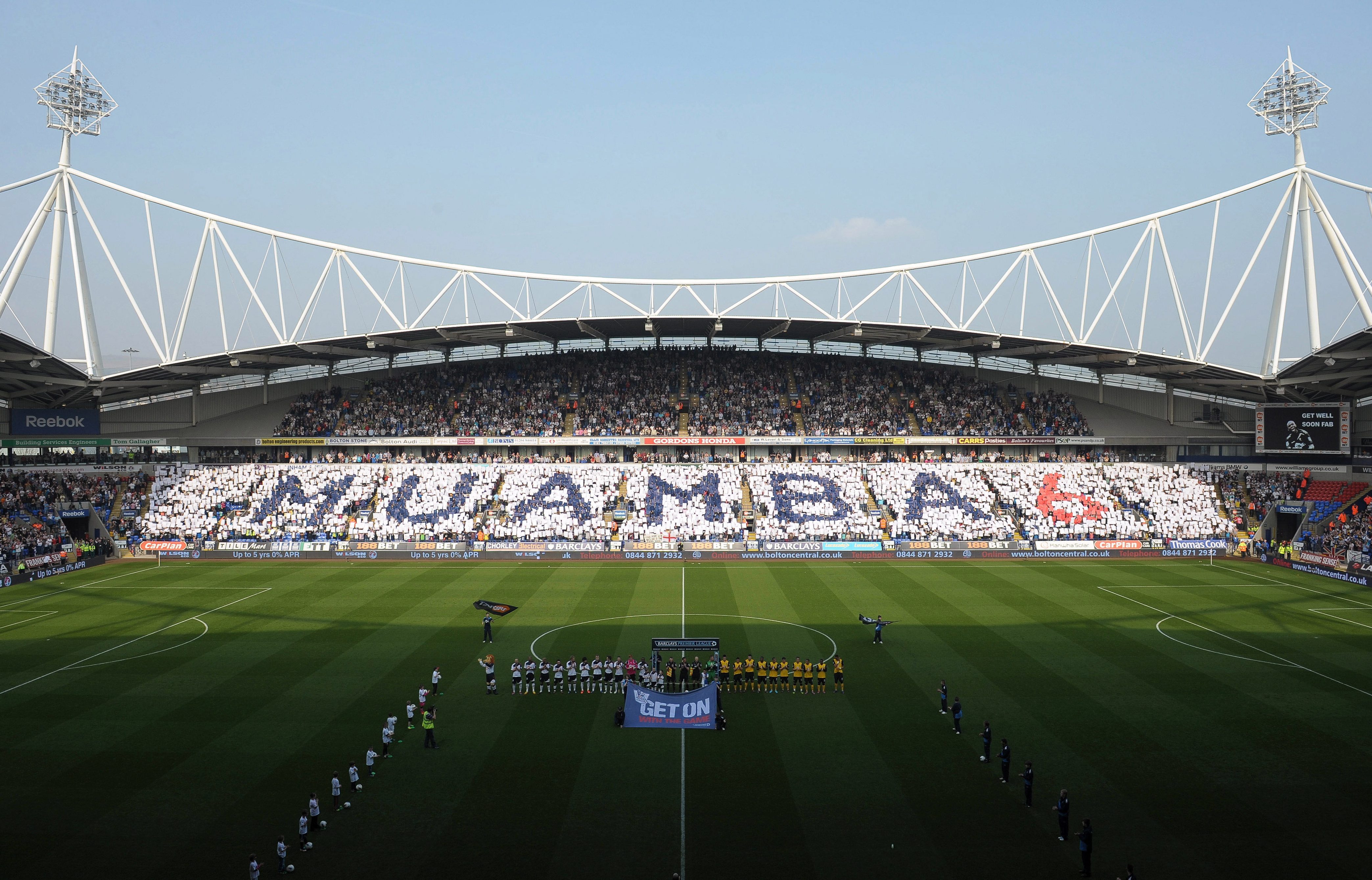 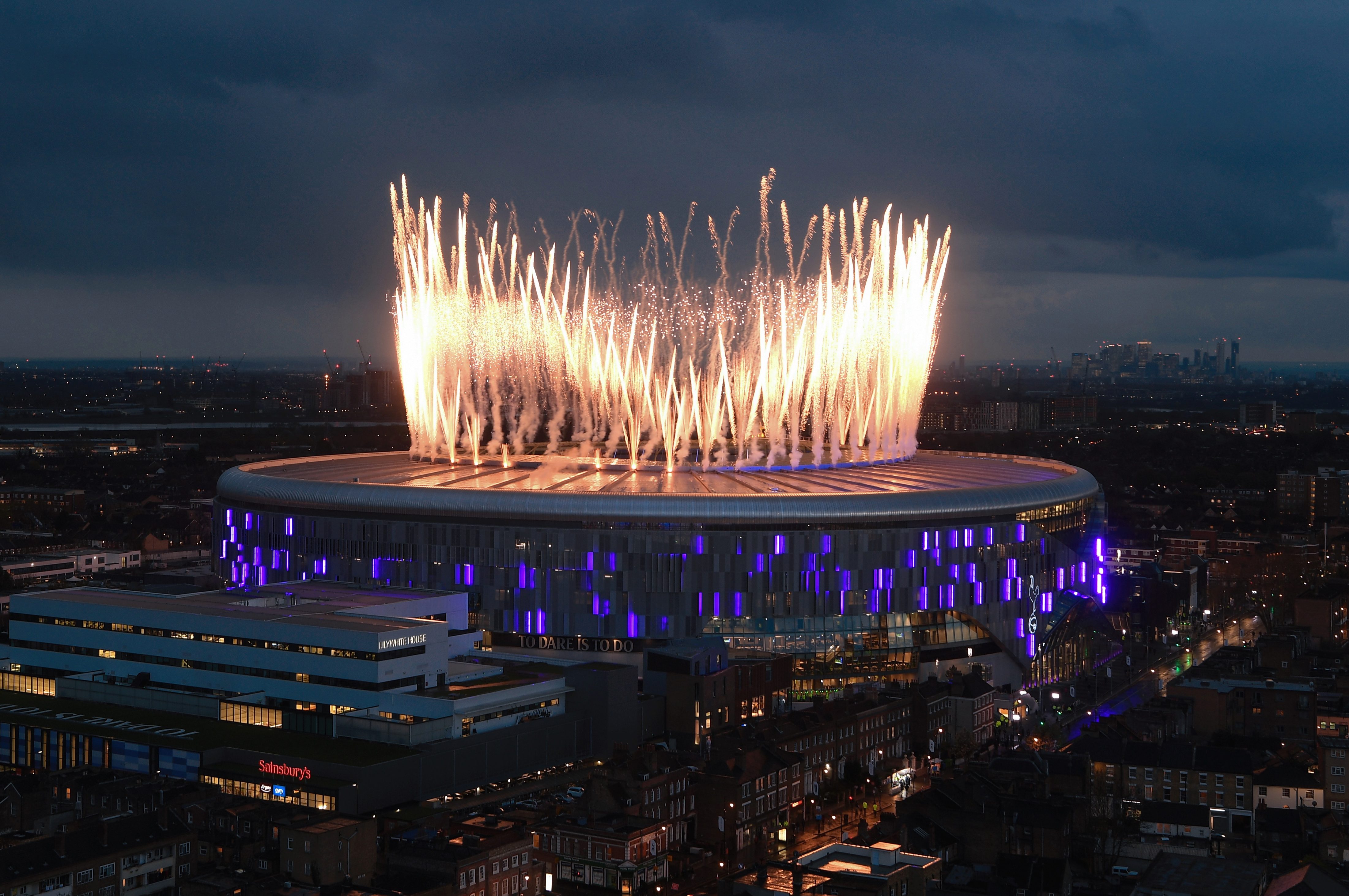 It was topped by a mix-up that makes Tottenham’s stadium delay look tame – forgetting to put in over 500 seats as season ticket holders turned up to a Reebok trial-run.

"I look at that as a disaster, not a good stadium. That to me is the demise of Bolton wanderers,” he said.

The madness can be summed up by Fletcher's first meeting with former Bolton owner Eddie Davies.

"Eddie Davies once came over and said 'I want to buy a box'. I had no idea who he was at the time and told him they were all gone," explains Fletcher.

"We went behind one of the goals and I remember him spitting on the floor and saying 'Build me a box here' and in the end we did. It cost us £25k.

"Every game we would then spot him with a rockstar or a politician in his box. It was crazy. But he ended up putting £186m into the club."

Fletcher did make some good decisions – the development of the largest casino in the UK alongside Coventry City’s Ricoh Arena was a revelation, before Coventry Council got involved.

"Football directors can take risks, council leaders do not. It’s like mixing oil with water, it just doesn’t work. Now Coventry City are tenants in their own home."

He added:  "You learn from one stadium to another. I saw that you have to point a stadium north, as the sun rises in the east and sets in the west, so you then get the maximum sunlight.

"And in winter the sun comes over quite low, so you use translucent panels on the roof which means maximum sunlight on the pitch."

Sat in one of Wembley's many private boxes overlooking the pitch, Fletcher breathes a huge sigh: "What I find odd about new stadiums is that no one seems to learn.

"No one came to me and asked me for advice. The FA doesn’t offer any help and football clubs are still making the same mistakes."

Arsenal’s atmosphere-killing shaped roof at the Emirates and West Ham’s fan-hating seat arrangement at the London Stadium top Fletcher’s pet hates of the current lumps of metal in England.

But in Fletcher's eyes, the new Tottenham Hotspur Stadium is the future.

"The key thing to it is that they have not relocated," he admitted.

"It’s only a few metres to the side. People can still carry the same memories of the old White Hart Lane right back to Jimmy Greaves."

Fletcher's role at Wembley over 15 years ago was short-lived – with rising costs from £440m to £780m to build the country’s biggest and best stadium taking its toll.

Even fellow developer and Chelsea chairman Ken Bates once turned to Lancashire-born Fletcher and remarked: "You’re not tough enough for London."

But still, Fletcher remains fully against the sale of Wembley: "It’s a bit like asking if it’s a good idea to sell Buckingham Palace. It’s not.

"You want to keep your national treasures, not sell them to foreign countries."

The biggest debate in stadium design right now is how to keep players safe – pitch invaders marring the end of the season in English football with the likes of Jack Grealish being physically attacked and a streaker managing to disrupt the Champions League final in Madrid.

But Fletcher takes it with a pinch salt. In his eyes, he has witnessed far worse.

"Since the disasters at Bradford in ‘85 and Hillsborough in ‘89 we now have the safest stadiums in the world," he said.

"You will have isolated incidents because we don’t put fences around pitches. The only way to stop the odd silly fan running on is to put fences back up but that can never happen again.

"A few stewards weren’t on their toes. But if you multiply the last 30 years by how many times it’s happened, it’s few and far between. Generally, now, we have fantastic stadiums."