Home » Sport » Fernando Alonso would purposely RETIRE his car if he was behind in F1 race while at McLaren, claims Jenson Button

Fernando Alonso would purposely RETIRE his car if he was behind in F1 race while at McLaren, claims Jenson Button

JENSON BUTTON has made a staggering revelation about Fernando Alonso's time with McLaren.

In a revealing interview with Nico Rosberg on the 2016 world champion's YouTube channel, Button claims the Spaniard would occasionally retire his car if he was behind – even when there was nothing wrong with it. 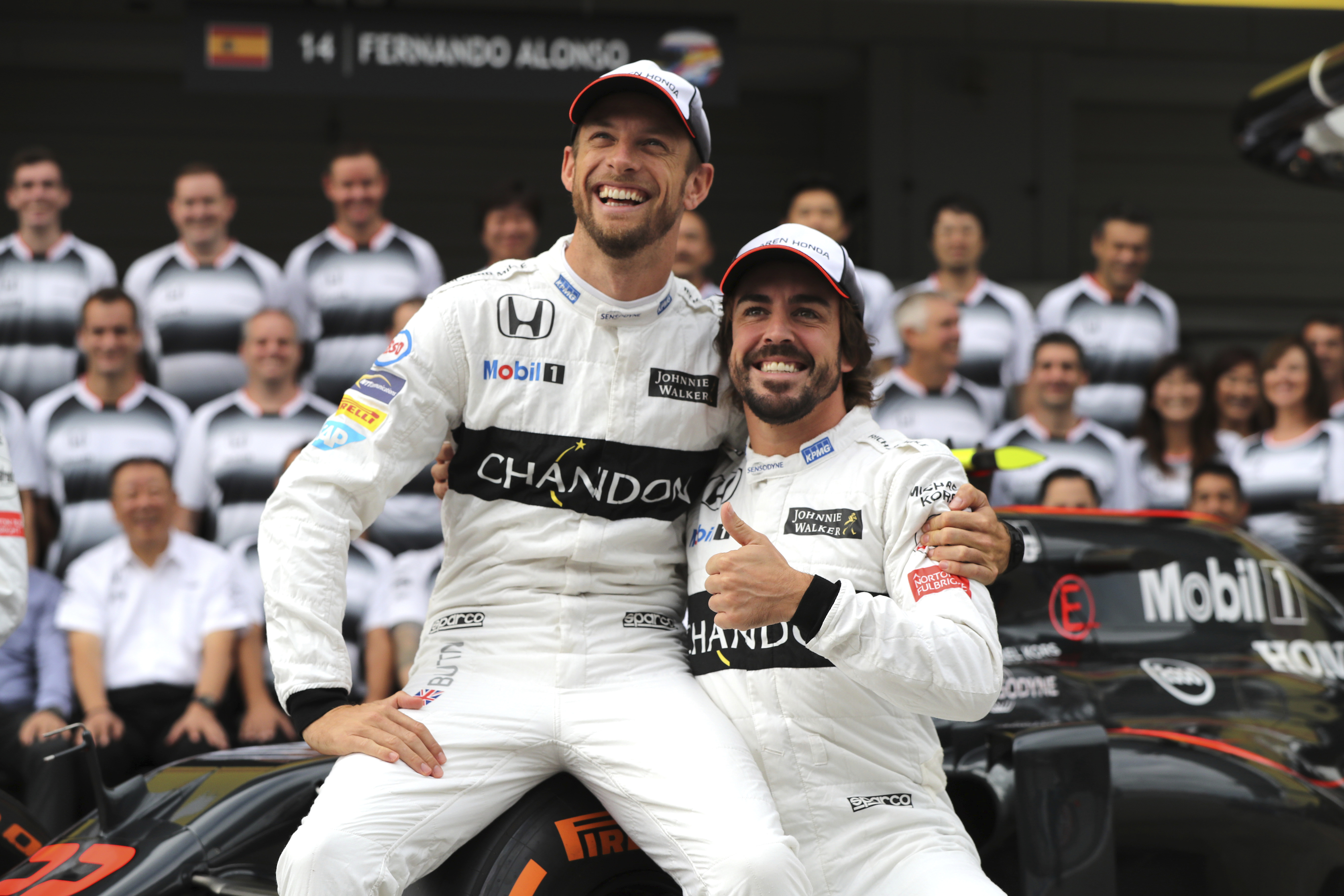 The two were team-mates at McLaren for two seasons in 2015 and 2016 where they both struggled with Honda's uncompetitive engine.

Alonso was particularly critical, famously labelling it a 'GP2 engine' when he was overtaken in the 2015 Japanese GP.

He told Rosberg: "Fernando would play games a lot more, which in a way, I was at a point in my career where I was kind of up for games.

"We weren't fighting anyone else. We were so slow that we were fighting against each other and we would play games, some of which I don't want to go into too much.

"Even if he didn't have the pace, he would try to get the best out of the car.

"But if you were in front of him, he'd try different strategies to see if they'd work.

"There were other times where, if he was behind me, he'd say 'there was a problem with the car' and retire from the race!

"[The team] would say 'no, Fernando, there is no problem. Keep driving'.

"It was a funny time. I enjoyed my time with Fernando. He was an immense talent."

Button was also quizzed by Rosberg about his time as Lewis Hamilton's team-mate, also at McLaren.

The two Brits raced alongside each other for three seasons before Hamilton quit for Mercedes.

Button says that between Hamilton and Alonso, the seven-times world champion was the quicker, while the Spaniard was the more 'complete driver'.

He added: "I think Lewis is [faster over one lap]. I can only compare them when I had them as team-mates.

"I cannot compare them now, but the most complete driver was Fernando.

"He would find every way to be quicker than you. Lewis was a very straightforward team-mate.

"He was very quick. In testing he could be not really on the pace, I don't think he was doing it on purpose.

"But when you get to qualifying, he would be on it. He would always find the lap time."