RACING TV is an arena dominated by serious, professional broadcasters… and then there’s Derek Thompson. 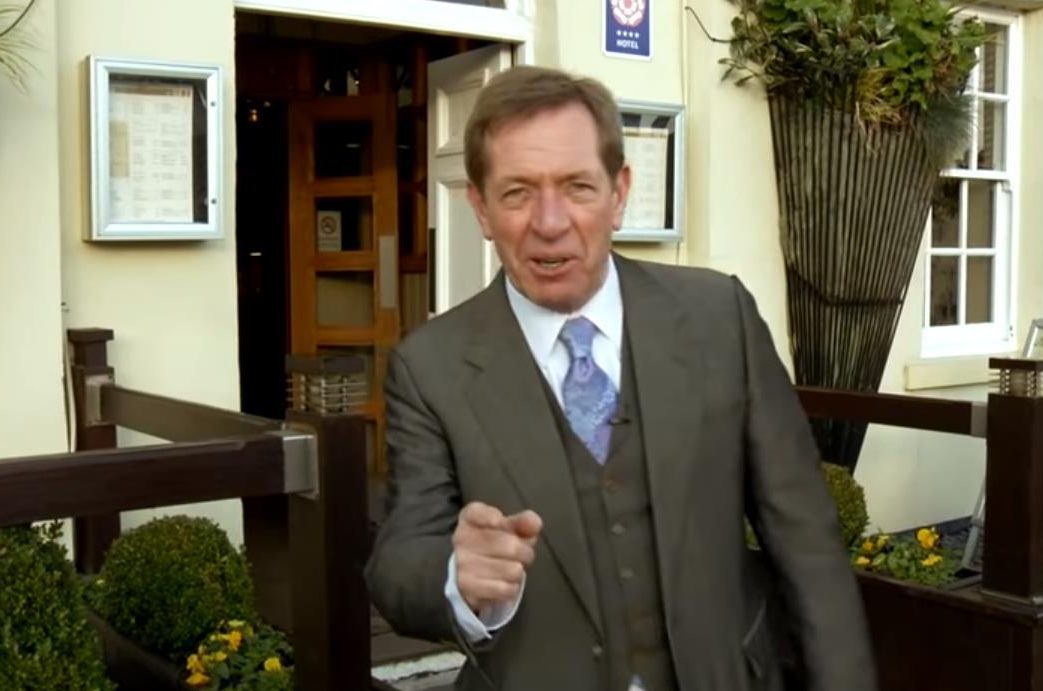 He has provided us with so much gold over the years we thought we'd put together five of 'Tommo's' most memorable Partridge-esque moments.

In this surreal advert for the Crown Hotel in Bawtry, Tommo takes us on a tour of the bar, restaurant and luxury rooms – at points it feels like he has summoned the spirit of Norwich’s best-loved disk jockey.

Tommo enters the packed bar and sidles straight up to a young woman with an arm around the back.

This was where the line now adopted by Radio 1 DJ Greg James was born: "Are you well? I thought you were!" 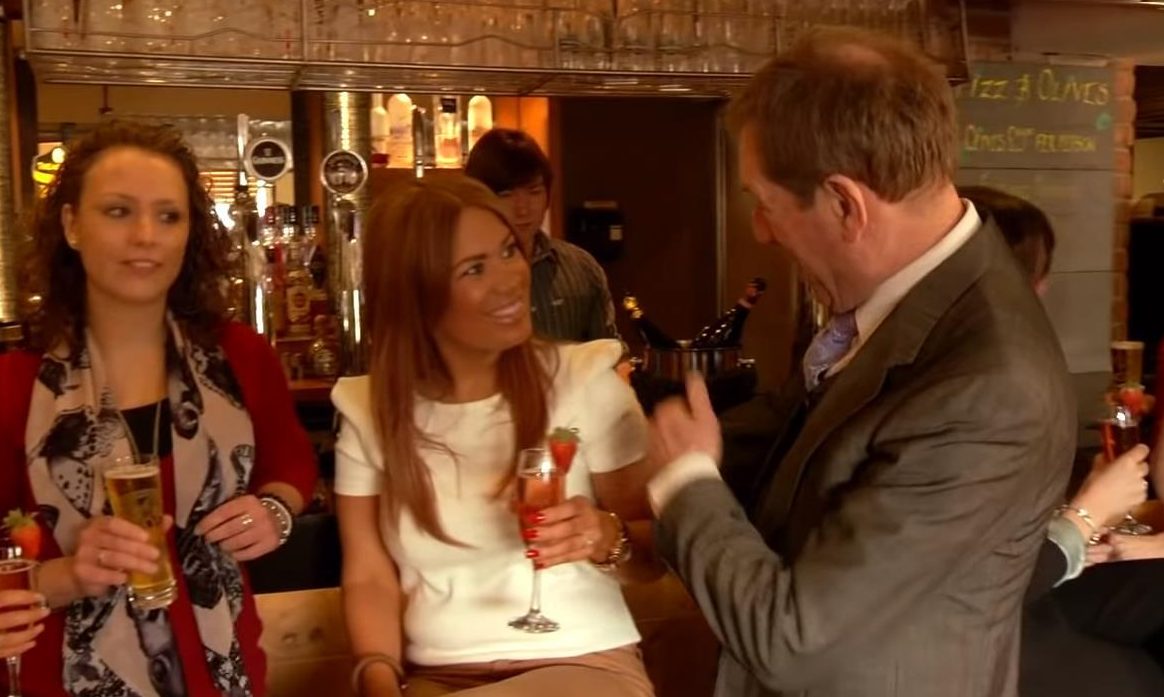 Next comes the restaurant scene and you have to commend the production values here. The camera pans from an actual chandelier made of wine glasses, to which Tommo quips, “this really is a glass chandelier.”

But what we’re really here to discuss is what the f*** is going on with the food at the table.

Half the people are eating the deep-fried section of the Wetherspoons menu while Tommo, once again surrounded by women, tucks into a whipped-cream laden dessert.

While inviting the viewer to come and enjoy the food, Tommo inexplicably does a cheers with his jug of custard. 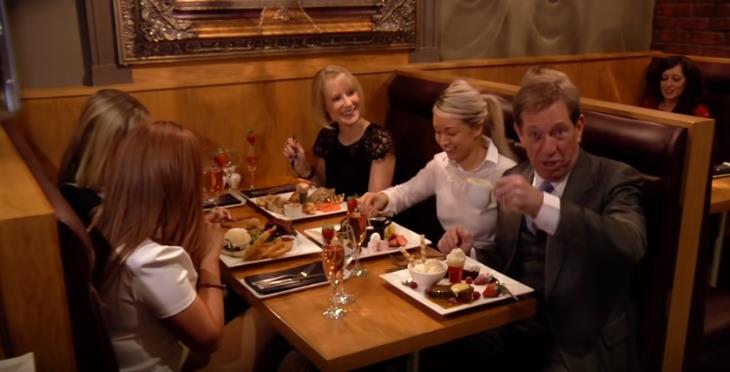 Again, world class production values. In a mind-bending transition Tommo starts off reflected in a mirror before the camera turns to reveal him in the flesh in one of the most ‘Staines business park’ executive suites we’ve ever seen.

Tommo knows he shouldn’t be opening the door to the ladies bathroom, he cannot resist and checks out the facilities.

To his *surprise* he bursts straight in on two young women in bathrobes. But in pure Partridge nirvana it is nothing a little ‘Oops sorry girls’ won’t fix.

The final scene of this gold mine has to be the cringiest.

Tommo strides up to another two women (this hotel seems only to be populated with young women) who are already perched on the bed with a glass of champers.

He joins them on the bed before alluding to some ‘secret’ bonus that you “will not find anywhere else in Britain”… Cue awkward laughing from his bedfellow.

While the Crown Hotel advert is nearly a minute of pure bliss, Tommo is also adept at squeezing a Partridge-ism into a 10 second clip.

Here, the 69-year-old is selling the hospitality boxes at Haydock races and he is about to pay the unsuspecting employees of Abacus Securities a flying visit.

Before he can enter the box, he almost has a collision with a member of staff carrying a tray of hot food.

Tommo can't help but enquire what she is carrying… 'Jacket potatoes!' She gleefully responds.

'We'll follow you in because I'm a, common-tator!' comes the whitty reply. He was as sharp as a greyhound out of the traps with that one.

This clip has probably been viewed by half the world's population by now.

The original Tommo gaff has been splitting sides since emerging on Twitter in December last year.

Tommo, joined in the studio by a youthful-looking Mick Fitzgerald, introduces his colleague Bob Cooper who is set to conduct an interview at Hereford races.

'You've been joined by a beautiful lady!' quips Tommo.

'It's a man actually, Derek,' comes the deadpan response.

Those glorious few seconds of awkward silence afterwards are the cherry on top of this magnificent cake.

More gold from Tommo during a link to Sun Racing's Matt Chapman.

Chappers is about to preview the day's action from Windsor, and Tommo urges him to get the ice creams in before racing starts.

'I'll have a 69, and buy Donna one!' the veteran broadcaster exclaims as he hands over to a giggling Chappers (we daren't ask who Donna is at this stage).

He then has to embarrassingly apologise, 'I meant a 99 of course.'

We'll put it down to a slip of the tongue…

Tommo was full of it as he prepared to interview Josephine Gordon after her winner at Chelmsford in 2016.

Weirdly, he is quick to ask whether Gordon's mum will be watching 'back home in Devon?'

When the jockey replies that her mum is probably tucked up in bed, a chuckling Tommo replies, 'If I know your mum, she certainly won't.'

In truth, Matt Chapman makes this clip. His reaction says it all.

Tommo, you're a bloody legend.