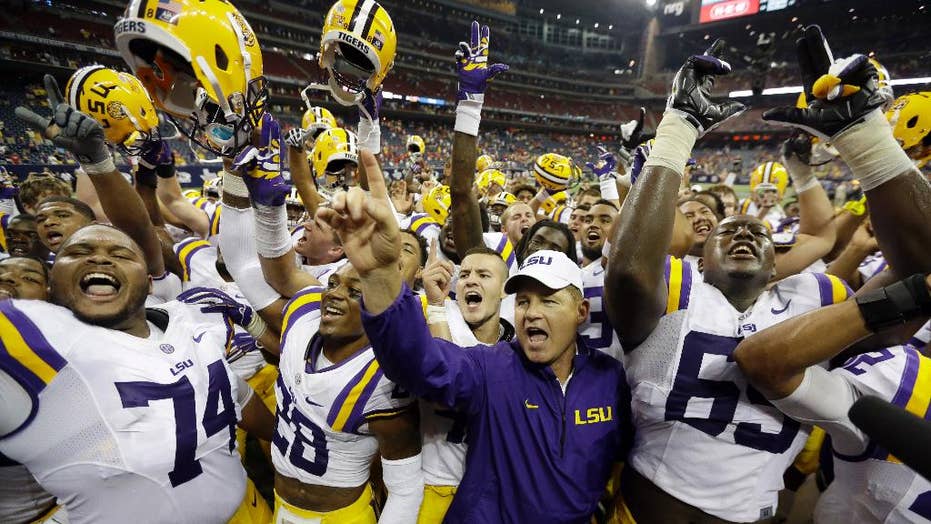 Les Miles came under heightened scrutiny Thursday after a report revealed allegations of inappropriate conduct with female students while he was the head football coach at LSU in 2013.

The investigation, which was completed by a law firm outside of LSU in 2013, revealed Miles texted with female students, made them feel uncomfortable, kissed at least one, and propositioned one of them in exchange for helping their career, USA Today reported, citing the probe documents.

Miles reportedly never had sexual relationships with any of the women, but the investigation revealed that his behavior was unacceptable. Miles, who stated that he did nothing wrong, denied kissing the girl and said that he was just trying to mentor these women who attended LSU. There were other accusations by LSU’s athletic department staff that stated Miles wanted attractive, blonde and fit female workers so they could help with the recruitment of some of the top players in the country. And if these female employees didn’t meet the standard, they were given fewer hours or eventually fired, the report states.

“As the report concludes, the allegation that Coach Miles attempted to kiss the woman was supported by no evidence and warranted no discipline: ‘We do not believe under existing law and the terms of the contract there is cause to discipline and/or terminate’ Coach Miles,” Ginsberg’s statement said.

The allegations became public information in January when USA Today sued for the records.

LSU didn’t want to release the records initially and Miles reportedly involved himself in USA TODAY’s lawsuit because he was worried that his reputation would be destroyed if the report was made known. Eventually, Miles’ attorney allowed the records to be released so he could have a chance to defend himself. Back in 2013, both Miles and the university took measures to keep the records a secret, and LSU told the coach if anyone requested the records, they would fight it in court, according to the investigative report.

LSU hired outside law firm Husch Blackwell in November due to USA TODAY’s reporting on the internal investigation because the firm has previously handled dozens of sexual misconduct cases since 2016. The Husch Blackwell report will be released publicly on Friday, and it will reportedly share more information about Miles and his alleged inappropriate conduct while he was the head coach at LSU, USA TODAY reported, citing sources with direct knowledge of the probe.

“We’re thrilled this important document has been released,” said Scott Sternberg, attorney for USA TODAY, referring to the 2013 report. “We think the judge’s redactions were judicious and appropriately reveal to the concerned public how LSU handled these allegations against Louisiana’s most famous name and highest-paid state employee.”

Miles, who was the head football coach of LSU from 2005 to 2016, led the Tigers two national championship games, and they even won the big game in 2007.

DESPITE NO COMBINE, NFL RELEASES LIST OF WHO MERITED INVITES

Miles was honored as The Associated Press National Coach of the Year in 2011. Two years after winning the award, Miles received a two-year contract extension worth $4.3 million per year, which made him the fourth-highest paid college football coach at the time.

LSU fired Miles in 2016 after the Tigers began the season with a 2-2 record. The coach’s attorneys said that his firing was “wholly unrelated” to the allegations in the report. In November of 2018, Miles was hired by the University of Kansas, and he was paid $3.3 million in 2020. He was the highest-paid public employee in the state, per 24/7 Wall Street.

Dan Beckler, a spokesman for Kansas, told USA Today that the university didn’t know about the accusations against Miles when he was hired in 2018. The school spoke with Miles and they were finding out more information on the reports, per Beckler.

“Because this involves Coach Miles’ former employer and pre-dates his time at KU, and because we do not have factual knowledge about details of these allegations, it is not appropriate for us to comment further,” Beckler said.