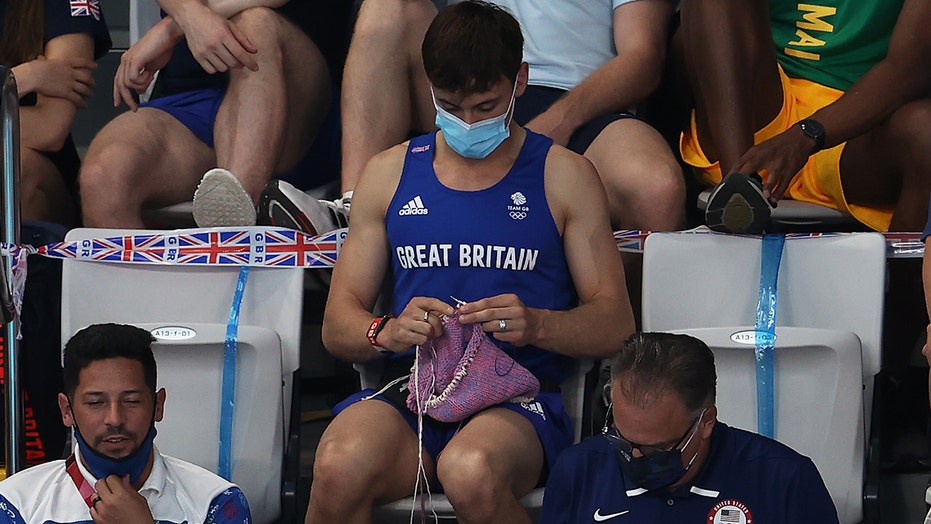 Great Britain’s diver Tom Daley went viral over the weekend when he was seen on the sidelines of the Tokyo Olympics knitting while he cheered on his teammates competing in the women’s 3-meter springboard diving final.

Daley revealed on social media Sunday he was knitting a dog sweater.

He said last week that knitting and crocheting has helped him deal with some of the stresses that have come up during the Olympics.

“The one thing that has kept me sane throughout this whole process is my love for knitting and crochet and all things stitching,” he said in a video last week.

“But not only that, this morning I made a little cozy for my medal to stop it from getting scratched. So here it is. It slots in like this and then I’ve got Union Jack on the side, and Japanese flag on the other. And it all tucks in nicely to have a little pouch for me to carry around my medal without it getting scratched.”

He was spotted knitting again Monday during the men’s 3-meter springboard event. This time, it appeared to be a Team GB Olympics-inspired sweater.

He won gold in the 10-meter synchronized platform diving contest at the Tokyo Games with Matty Lee. He previously won the bronze medal at the 2016 Rio Olympics.