Ricky Hatton has called YouTuber-turned-boxer Jake Paul a ‘fucking comedian’ for boldly claiming he will fight Saul ‘Canelo’ Alvarez for the world title within five years.

The controversial influencer has made a splash in the boxing world after so-far enjoying undefeated record since going professional and is lined up to face former UFC champion Tyron Woodley in August.

The outspoken 24-year-old last beat former UFC man Ben Askren to earn his 3-0 professional but already has his sights on much more, claiming earlier this week that he will be ready to fight middleweight champion Alvarez within five years. 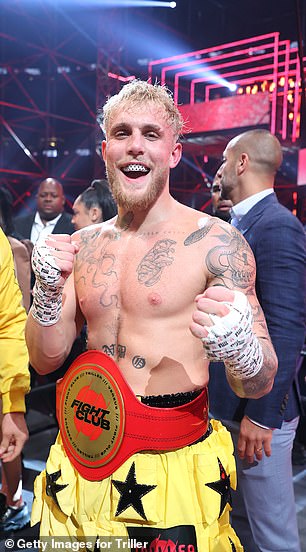 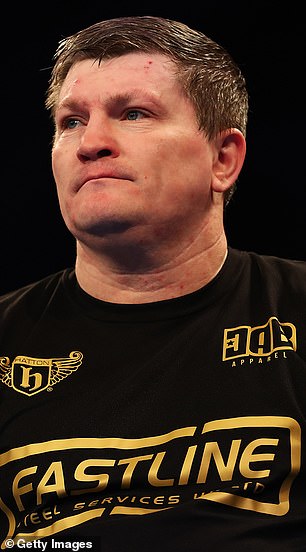 And Hatton, a former boxing champion himself, has joined the many critics of Paul, labelling his claim as ‘bulls**t’ whilst taking aim at Paul’s opponents so far, which also includes former NBA player Nate Robinson and fellow YouTuber AnEsonGib.

The ‘Hitman’ told The Metro: ‘I was listening to more bulls**t from this Jake Paul. The interviewer turned around and said what he has done in the ring speaks for itself.

‘He’s boxed another f**king Youtuber, a basketball player and an MMA fighter. What he has done in the ring speaks for itself?

‘Is he taking the p**s here? Paul said he doesn’t see why he can’t be fighting Canelo for the WBC belt in five years. 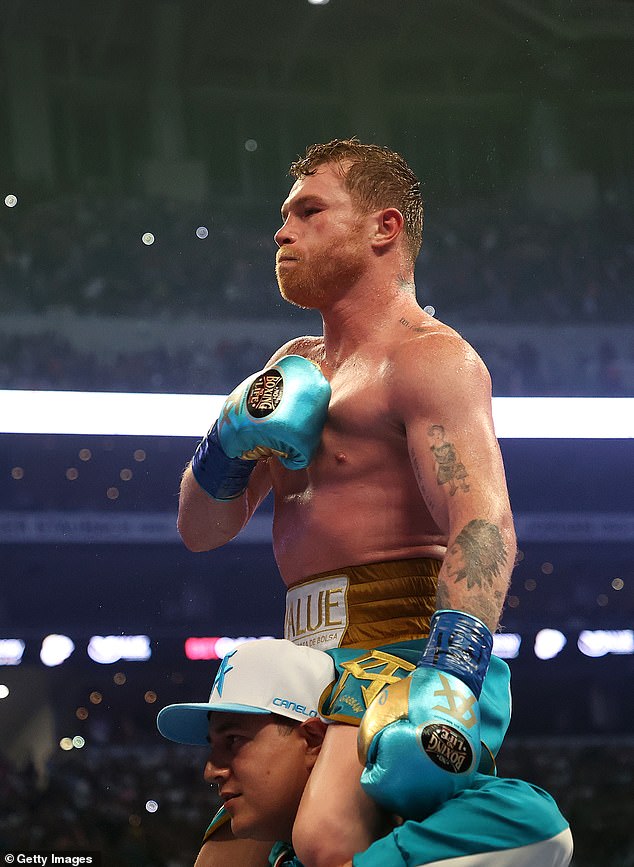 ‘Never mind a YouTuber, this fella is a f**king comedian! I feel like knocking him out myself!’

During the ambitious call-out, Paul claimed he wants to continue to being a disruptive figure in boxing whilst insisting the ‘sky is the limit’ for where he is capable of reaching in the sport.

Speaking to TMZ, Paul said: ‘I just want to continue to be the most disruptive boxer in the history of the sport.

‘I think it’s about taking it on a fight by fight basis and continuing to build these fights and making them even bigger, taking on more serious opponents.

‘If you asked me if I was going to be where I’m at [now] three years ago, I wouldn’t believe you. So I don’t want to [put a] cap on my possibilities, I’m open minded and I think anything is possible.

‘I think I could be fighting Canelo Alvarez for the WBC or WBO championship belt.’

‘Really the sky is the limit and it’s just about how serious I’m going to take it, and I do take it seriously, more seriously than 99.9 per cent of these ‘professional boxers’ that are out there.’

It seems unlikely Alvarez will fall for Paul’s consistent claims, with the Mexican showing his distate for any fight cards including Paul or his brother Logan, who has also fought professionally.

When Logan’s fight with retired boxing icon Floyd Mayweather was announced, Alvarez reacted with on social media a face-palm emoji. 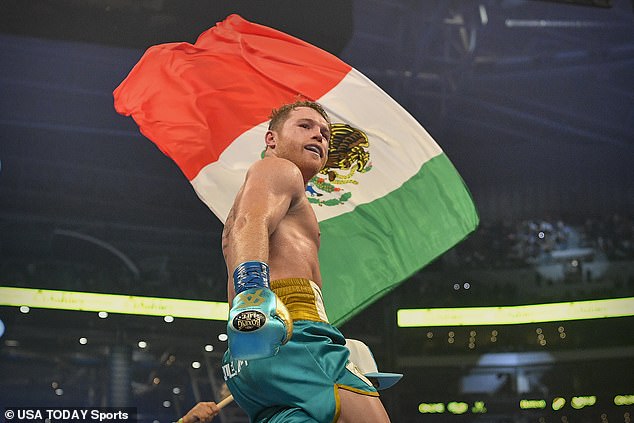 Canelo is the pound-for-pound king of the sport and any serious victory over him would be one of the great upsets in all of sport.

His last fight was an eighth-round stoppage of Brit Billy-Joe Saunders in May to become the unified world champion.

Matchroom chief Eddie Hearn recently claimed YouTubers such as the Paul brothers turning to boxing could eventually ‘kill’ the sport, insisting he would rather see superstars going head-to-head than bouts involving influencers.