How Arsenal could line-up after January transfer window including Dusan Vlahovic, Gini Wijnaldum and Arthur

MIKEL ARTETA revealed that Arsenal are targeting 'world class' signings this month, as a number of stars continue to be linked with a move to North London.

Arteta vowed the 'best players' on the planet are attracted to Arsenal, as he prioritises a striker and a midfielder in the winter window. 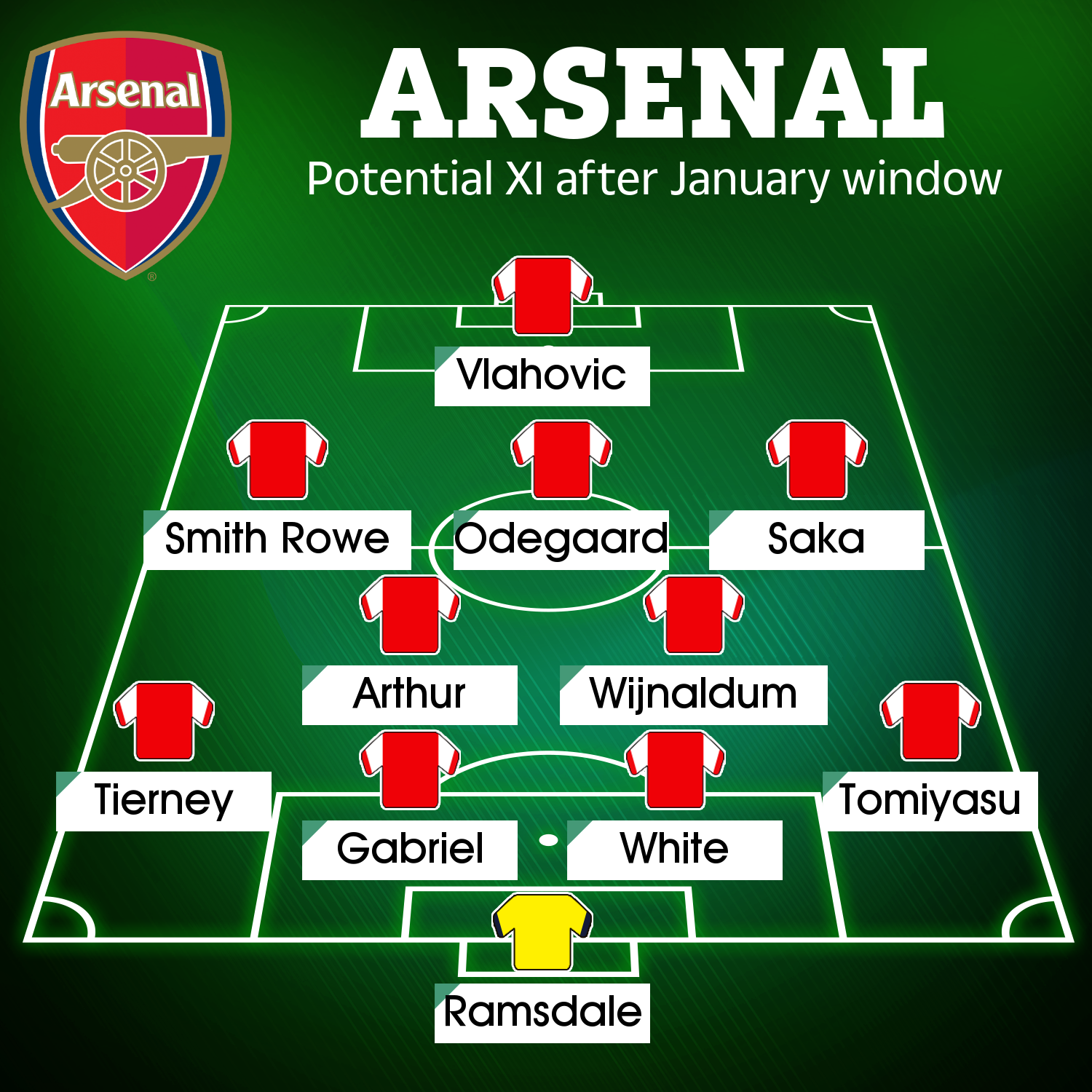 Pierre Emerick-Aubameyang's future remains uncertain, while Alexandre Lacazette and Eddie Nketiah are out of contract in the summer.

Arteta though could choose to make a statement signing this month, with Fiorentina hitman Dusan Vlahovic a top target.

Arsenal are reported to want to sign Vlahovic in January, but the 21-year-old will cost £58million.

But should he be recruited, the Serbian striker will immediately slot straight in at the top of the pitch to lead the line for the Gunners.

Arteta is also desperately short of midfield options with Thomas Partey and Mohamed Elneny away on AFCON duty.

Juventus midfielder Arthur is strongly linked with a move to the Emirates, as talks with Arsenal are understood to be at an 'advanced' stage.

Elsewhere PSG midfielder Georginio Wijnaldum has been revealed as a boyhood Arsenal fan, fuelling speculation of a loan move.

And those two would be instant starters should Arteta be successful in his attempts to recruit the pair.

They would anchor the midfield behind Martin Odegaard, with young guns Bukayo Saka and Emile Smith Rowe either side of him.

Alternatively a different Arsenal line up looks just as strong, should they miss out on their primary targets. 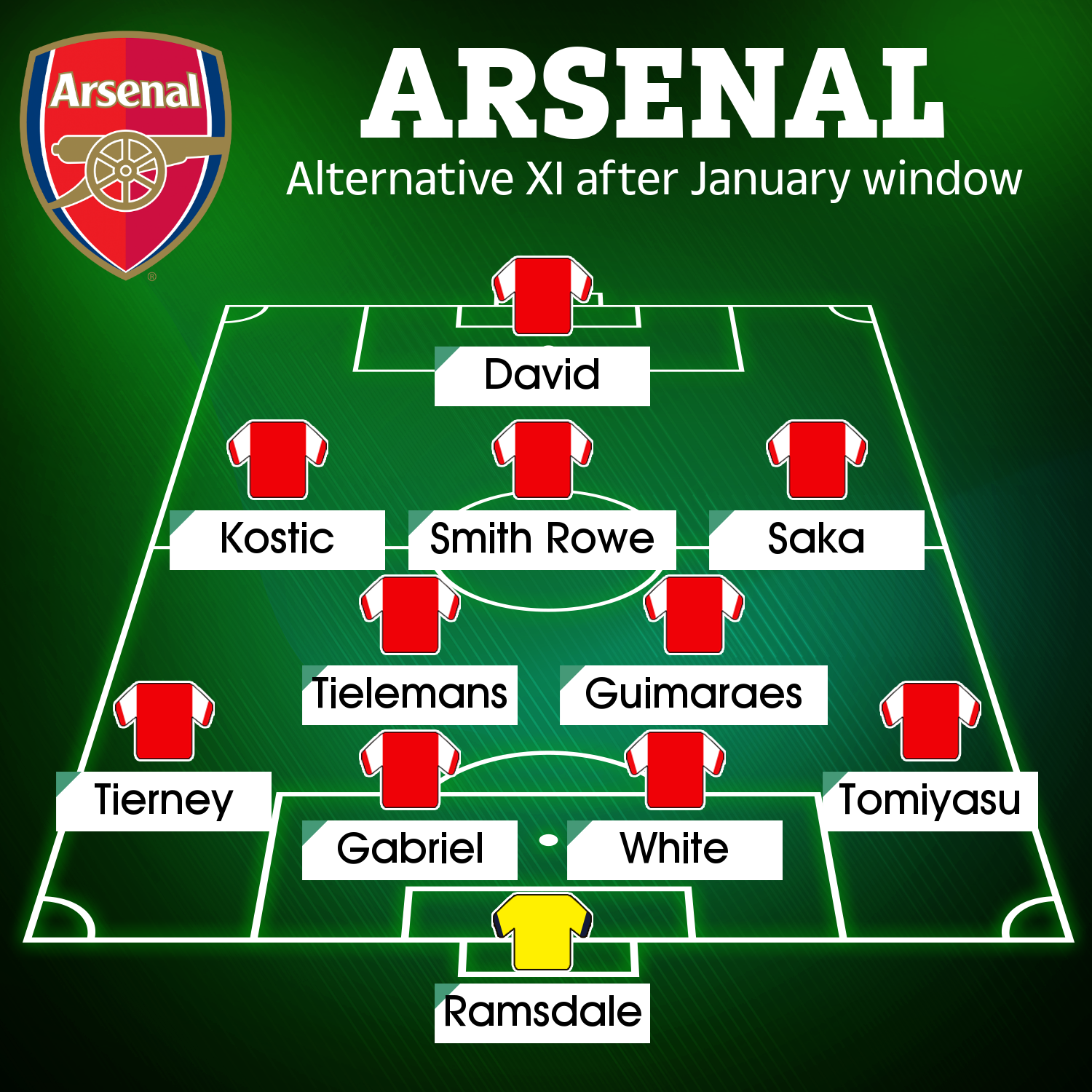 There is a risk that Tottenham could hijack the move for Vlahovic, due to sporting director Rui Paratici's links with Vlahovic’s highly-influential agent, Davide Torchia.

But should the Gunners fails to sign the Serbian striker, they could opt to move for 21-year-old Lille man Jonathan David instead.

It's been claimed technical director Edu has met with David's agent, who would be certain to lead the line should a move be sealed.

And should moves for Arthur and Wijnaldum fail, there are plenty of other midfield options on Arsenal's radar.

Plans are being put in place to recruit Leicester star Youri Tielemans, who is in the final 18 months of his contract.

Arsenal are reportedly 'in talks' with Leicester regarding a move for Tielemans, with the Foxes facing the prospect of having to cash in on their prized asset.

Elsewhere Guimaraes has responded to Arsenal interest, and has not ruled out the prospect of a move in the future.

⚽ Get all the latest Arsenal news, updates and transfer gossip with our live blogs