Home » Sport » In M.L.B. Draft, Diamondbacks Hope a Wealth of Picks Pays Off

In M.L.B. Draft, Diamondbacks Hope a Wealth of Picks Pays Off

When the Arizona Diamondbacks call in their selections for the first round of Monday’s draft, a former second-round pick will answer the phone at MLB Network studios in Secaucus, N.J.: Randy Johnson, who won five Cy Young Awards, set a record for strikeouts by a left-hander and won three times in the Diamondbacks’ only World Series triumph.

“A Hall of Famer,” said Deric Ladnier, Arizona’s scouting director. “If we pick up a Randy Johnson, we’ll be doing really good.”

Johnson was chosen by the Montreal Expos in 1985 as the 36th overall selection. By the same point in this year’s draft, Arizona will have had four picks.

The Diamondbacks have seven of the first 75 picks — no other team has more than four — and their bonus pool (the maximum amount of total money they can offer their drafted players) is more than $16 million, nearly $2.3 million more than any other team.

“This year and next year are going to be extremely important for us in terms of trying to continue to build the talent base for the long term,” General Manager Mike Hazen said. “Given the amount of picks we have and the opportunity in front of us, it’s going to be critical to whether or not we achieve that ultimate goal.”

The Diamondbacks hired Hazen in October 2016, after he had helped the Red Sox shrewdly build around the draft over 11 years in Boston’s front office. The Red Sox sustained their success in the mid-2000s in part by shedding their own free agents and capitalizing on compensatory draft picks — taking Clay Buchholz for the loss of Pedro Martinez and Jacoby Ellsbury for the loss of Orlando Cabrera.

Changes to the collective bargaining agreement have since made it harder for teams to stockpile picks. Free agents who switch teams in midseason are ineligible for compensation, and teams no longer receive first-round picks for losing free agents, as the Los Angeles Angels did in 2009 after Mark Teixeira signed with the Yankees. They took the Yankees’ first-round pick, No. 25 over all, and chose a high school outfielder from New Jersey named Mike Trout.

The success of a draft typically takes several years to reveal itself, because teams select players as young as 17 years old. The process is maddeningly inexact, though advanced video and data analysis — not simply parsing statistics — can now give a more accurate picture of a prospect’s skills. The Diamondbacks hope their preparation will pay off on Monday and beyond.

Here’s how they built up their wealth of early-round options: They have their regular pick at No. 16, and pick again at No. 26 for failing to sign their first-round pick last June. They pick 33rd for losing pitcher Patrick Corbin to the Washington Nationals in free agency, and 34th for losing outfielder A.J. Pollock to the Los Angeles Dodgers. 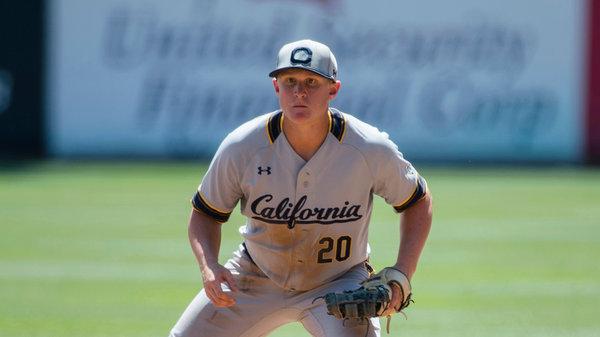 After their regular second-round selection at 56, the Diamondbacks have two picks in the competitive-balance round (in which teams from smaller markets or with lower revenue receive extra draft slots): their own at No. 74, and the St. Louis Cardinals’ at No. 75. Teams cannot trade their regular picks but can trade competitive-balance picks, which the Cardinals did in their deal for first baseman Paul Goldschmidt last December.

Goldschmidt was Arizona’s eighth-round pick in 2009, at No. 246 over all, and became a six-time All-Star. More than half of the major league All-Stars in 2018 who entered the pros through the draft were taken outside the top 50, including Nolan Arenado (59th overall), Freddie Freeman (78th), Yadier Molina (113th), Jacob deGrom (272nd), Lorenzo Cain (496th) and J.D. Martinez (611th). Their stories give the Diamondbacks hope of finding high-impact talent wherever they choose.

“Even though we’re not picking in the top 15, there’s an opportunity, if we do a good job, to get quite a few big leaguers,” Hazen said. “We took Mookie Betts in the fifth round in Boston, and you can go down the list. How long did Mike Trout last? Even though it wasn’t beyond the first round, it was still deep.

“And, look, we were part of passing on some of these players, too, when we were in Boston and in Arizona. But there is opportunity here to reshape your franchise, and we need to do that.”

The Diamondbacks entered last September in first place in the National League West, but slumped to 82-80 by the end of the season and missed the playoffs. They started well this season but struggled for most of May, and seem headed for another finish around .500.

But for part of Monday, at least, their focus will be on their long-term future. Hazen, a former all-Ivy League outfielder at Princeton who played in the San Diego Padres’ farm system, has modernized the Diamondbacks’ approach in the draft.

“It was almost like going back to school to learn another aspect of a job I’ve been doing for a long time,” said Ladnier, who has spent 29 seasons in scouting and player development. “I’m going, ‘Wait a minute, there’s other ways to do this,’ and it’s actually been stimulating for me, because I feel like I’ve learned something that I didn’t know before.”

A major part of the process, of course, is deploying bonus money. Ladnier said he had not encountered prospects who have threatened to sign with a team in Japan, as pitcher Carter Stewart — Atlanta’s first-round pick last season — did last week. In any case, the Diamondbacks are in a strong financial position: with that $16 million bonus pool, they could be creative in how they distribute it.

“We have the ability to move money around,” Landier said. “There may be a guy that other organizations can’t select because their asking price is higher than what their pool will allow them to select. That player becomes available to us, where in the past he wouldn’t because he would have taken up the entire pool.”

The Baltimore Orioles will make the draft’s first selection, valued at $8.4 million, followed by the Kansas City Royals and the Chicago White Sox. Baseball America and MLB.com both rank catcher Adley Rutschman of Oregon State as the No. 1 overall prospect, followed by Bobby Witt Jr., a shortstop from Colleyville Heritage High School in Texas, and Andrew Vaughn, a first baseman from the University of California.