Khabib Nurmagomedov: Conor McGregor does not deserve a rematch 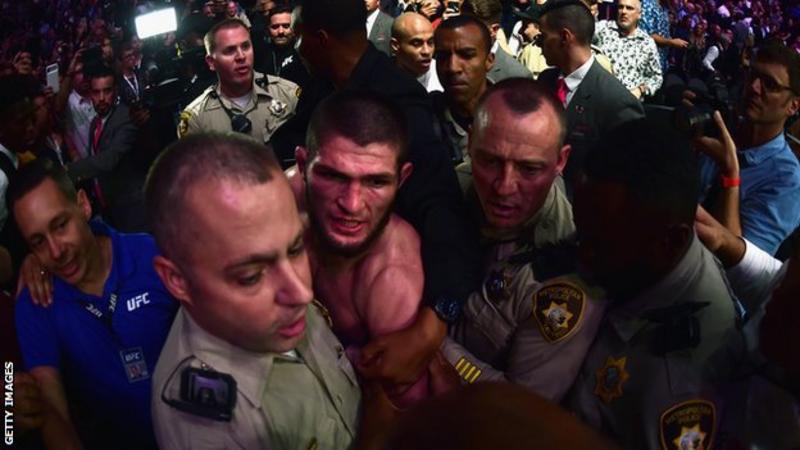 UFC lightweight champion Khabib Nurmagomedov has no regrets over the brawl that followed his win against Conor McGregor and says the Irishman does not deserve a rematch.

Nurmagomedov will fight for the first time since his submission of McGregor when he faces interim lightweight champion Dustin Poirier at UFC 242 in Abu Dhabi in September.

“What happened on 6 October is just the beginning of my legacy,” he said.

“Life has changed, of course, I have become a bit more famous. A lot of things changed in my life, but in my mind nothing changed.

“I keep training, keep going and this is not my last fight.”

The 30-year-old Russian was fined and banned for nine months for his part in the post-fight chaos last October.

The build-up to Nurmagomedov’s meeting with McGregor at UFC 229 attracted huge publicity as tensions rose, the trash talk increased and insults were thrown every time the pair met.

Come fight night, Nurmagomedov forced McGregor to tap out in the fourth round before jumping the octagon fence and fighting his rival’s team – for which he was handed a nine-month ban and fined $500,000 (£380,950) by the Nevada Athletic Commission.

But unbeaten champion Nurmagomedov, who boasts a perfect professional record of 27-0, says he does not regret his actions and would do the same again in that situation.

Asked if he had any regrets, he said: “No, nothing.”

Speaking at a news conference in London, he added: “If I have the chance one more time, I am going to do this one more time. Maybe 100 times, it doesn’t matter.”

McGregor has since claimed to have retired from the sport.

And Nurmagomedov says, with McGregor not having recorded a victory inside the octagon since November 2016, that he does not deserve to return and fight him for a second time.

“How does he deserve a rematch?” added Nurmagomedov, who sees Tony Ferguson among the fighters in front of McGregor in the queue to challenge him.

“He tapped. He begged me ‘please don’t kill me’, now we’re talking about a rematch?

“People who have win streaks are on the line. But not a guy who don’t do nothing for the last three years. I have my hopes without him.”

Khabib ‘not missing’ being in the octagon 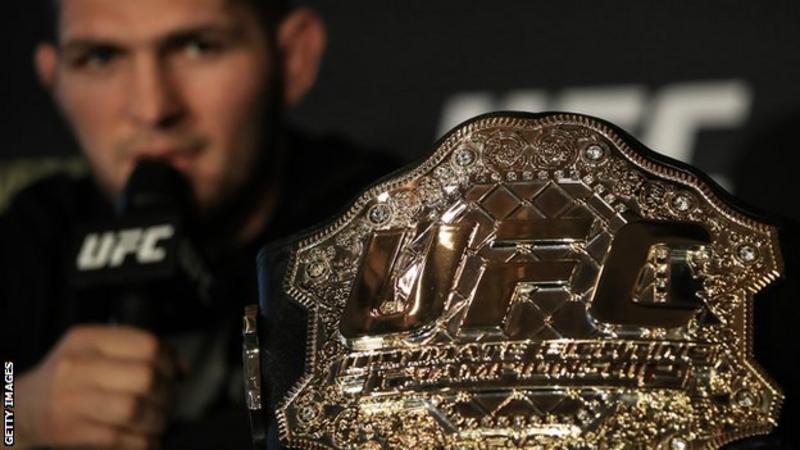 Nurmagomedov was pleased with UFC’s decision to host the 242 card in Abu Dhabi on Saturday, 7 September as it means his father will be in his corner for the first time, while friends and family who have previously struggled to acquire visas for his bouts in the United States can also join.

He says mixed martial arts’ huge popularity in Arabic countries means he is greeted in similar fashion to when at home in Dagestan and so he is not able to walk around the streets.

“For me, for my family, for my team – my father is going to come – I can’t wait,” added Nurmagomedov, who has signed a new contract with the promotion that he claims is among the “top three” in the sport.

With the second defence of his lightweight title falling 11 months since his last bout, the fighter says he has not missed being inside the octagon.

“I am still hungry, but I’ve not missed this,” added Nurmagomedov, who initially claimed the lightweight crown in April 2018 with a unanimous decision victory over Al Iaquinta.

“Right now, I am not missing too much the fights but I am very excited about competition. I really want to compete with one of the best guys in the world.”

Nurmagomedov says he intends to fight again at the end of the year following the September bout and lists recently retired former two-division champion Georges St-Pierre among one of the fighters he wants to entice back into the octagon if he is to be remembered as the “number one” in the sport.

As for the challenge posed by Poirier, who beat fellow American Max Holloway to claim the interim belt in April, Nurmagomedov says he respects him both as a person and a fighter.

“This fight is so big, he has become interim champion for a reason,” he added.

‘One champion is coming out’ 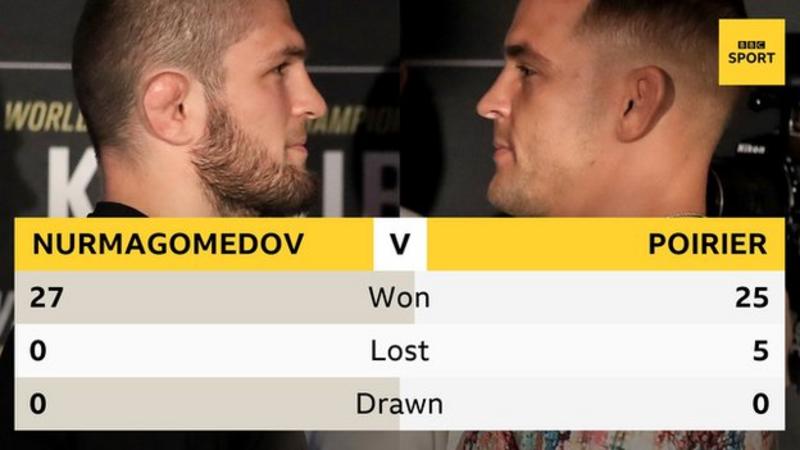 Poirier says he will spend the next 11 weeks preparing intensely to become the first fighter to beat Nurmagomedov inside the octagon.

“Two champions are going in, one champion is coming out,” said the Russian.

“I don’t need him to be weak for me to be strong. I don’t need huge glaring holes, I am going to create them – 27 have tried and 27 have failed.

“I need to be myself, go out and show the world what I am capable of.”

Poirier, who has a record of 25-5 and is undefeated since 2016, does not expect Nurmagomedov’s absence from the octagon to have any impact upon his return.

“He’s got a lot of experience,” the 30-year-old American said. “I believe he will start out how he left off. I don’t see any ring rust there.

“I have learned I can count on myself, I can trust me. Adversity introduces a man to himself and I have been through it.”