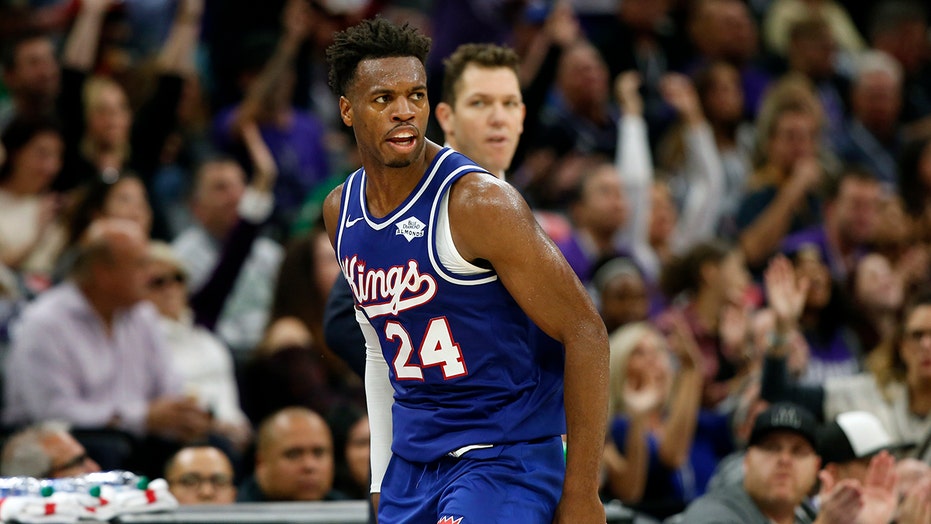 Sacramento Kings guard Buddy Hield was having a little fun during Thursday night’s game against the Portland Trail Blazers when he playfully took a spill during a free throw attempt but NBA officials didn’t seem to appreciate his performance.

Portland’s Damian Lillard was setting up for a free-throw attempt when teammate Carmelo Anthony ran over to Hield and appeared to gently shove the 6-foot-4 guard.

Hield took a dramatic spill but refs on the court weren’t buying it.

NBA officials announced on Friday that Hield actually received a warning for violating the league’s anti-flopping rule. A second offense could result in a $5,000 fine.

Hield kept the act going on Twitter, replying to the NBA’s tweet saying “Yall wilding he push me.”

The Kings lost 123-119 but Hield scored 21 points, shooting 5-of-12 from three-point range. He had 29 points against the Los Angeles Lakers on Wednesday.

The Kings had won two of their last three games after a nine-game losing streak. Sacramento was still without reigning NBA rookie of the month Tyrese Haliburton, who missed his fourth game with a calf injury.

Sacramento hosts the Houston Rockets next Thursday after the All-Star break.