"College GameDay" on Saturday had a different vibe to it. Boxes from the panelists' homes took up the screen instead of a set on a boisterous college campus. The crew broke down an emaciated slate of games, due to the coronavirus pandemic, for college football's first weekend of multiple games.

There was also the raw emotion displayed by analyst Kirk Herbstreit, who serves as the network's top color commentator on broadcasts alongside play-by-play announcer Chris Fowler.

Herbstreit, a former Ohio State Buckeyes quarterback and father of two Clemson Tigers football players, broke down in tears during the show's segment on the intersection of the country's racial justice movement and college football.

"The Black community is hurting. If you've listened. How do you listen to these stories and not feel pain and not want to help?" Herbstreit asks. “Wearing a hoodie. Putting your hands at 10 and 2. ‘Oh god, I’d better watch out because I’m wearing Nike gear.’ Like, what? What are we talking about? You can’t relate to that if you’re white, but you can listen and you can try to help. Because this is not OK. It’s just not.

This is one of the most extraordinary moments in the history of College GameDay pic.twitter.com/7wW1CGP64j

Herbstreit then wrapped up his point by alluding to the idea sports can be a leader in bridging division. 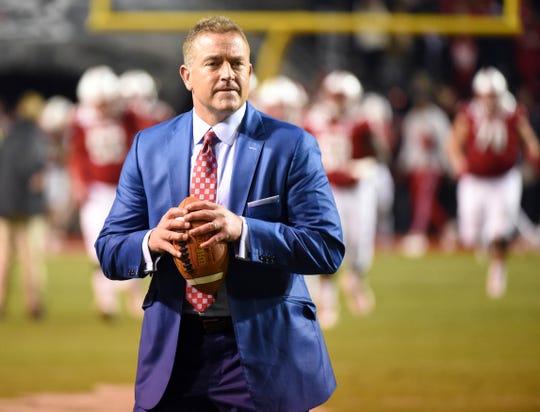 "In a football locker room, that stuff is gone," he said. "Those barriers are gone. We got to do better."

Herbstreit also mentioned a quote attributed to Benjamin Franklin to introduce his point:

END_OF_DOCUMENT_TOKEN_TO_BE_REPLACED

END_OF_DOCUMENT_TOKEN_TO_BE_REPLACED
Recent Posts
We and our partners use cookies on this site to improve our service, perform analytics, personalize advertising, measure advertising performance, and remember website preferences.Ok