IN the summer of 2018, Gareth Bale and Jesse Lingard had the world at their feet.

Bale, 31, had just helped Real Madrid win the Champions League AGAIN – while scoring 21 times in 39 games in all competitions in 2017-18. 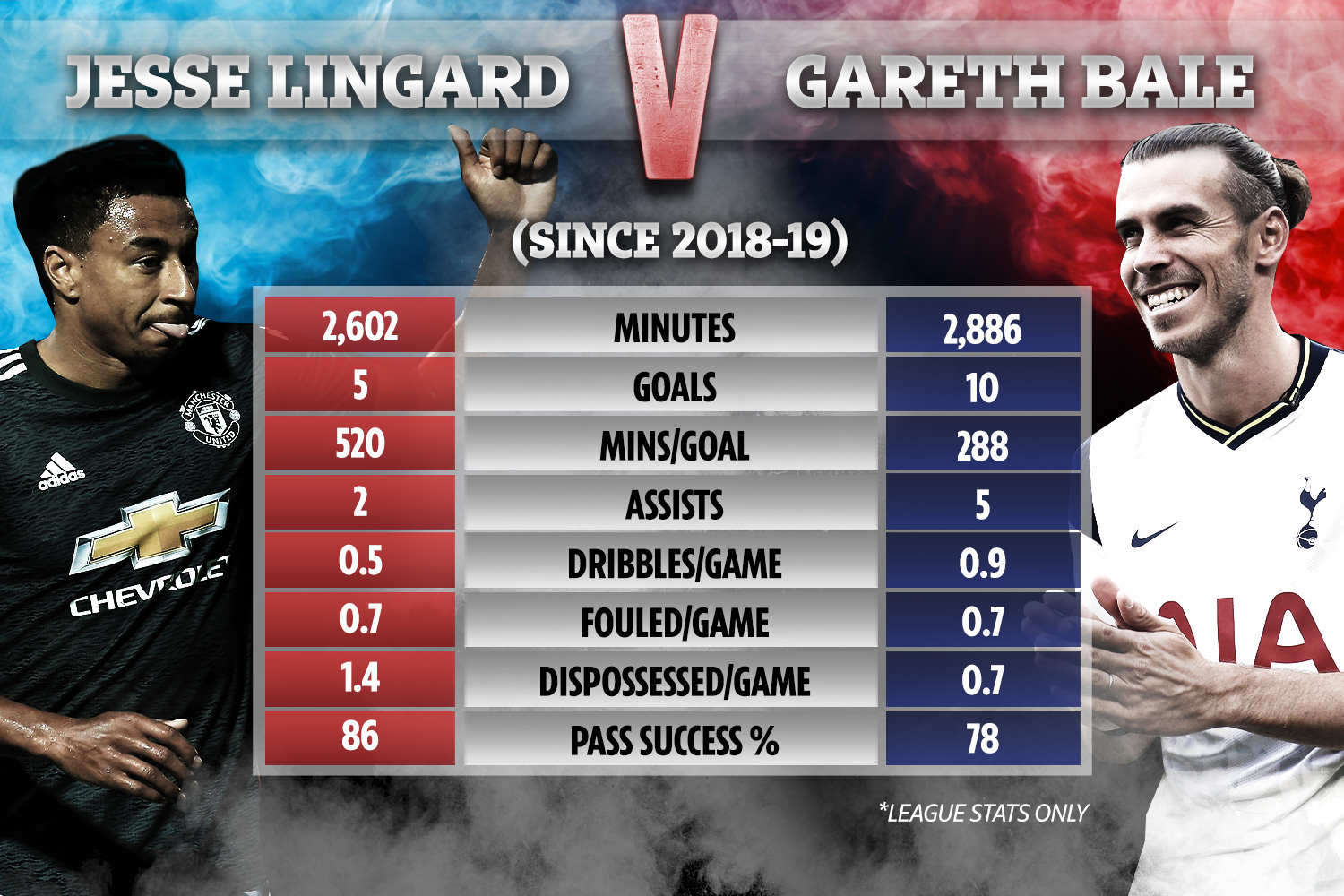 Lingard, meanwhile, was one of England's newest heroes as Gareth Southgate's Three Lions roared to the 2018 World Cup semi-finals in a rare summer of English positivity.

Fast forward two years and things have been very different for the duo.

Bale was completely frozen out at Madrid by Zinedine Zidane and left the club in a bitter break-up, joining Tottenham on loan.

Lingard, 27, has struggled for game-time at Manchester United under Ole Gunnar Solskjaer, too – particularly since the arrival of Bruno Fernandes.

The England ace is unlikely to see an uptick in his minutes either – and with the European Championship coming up next summer, Lingard will want to change that.

Tottenham have been linked with a move, along with Zenit St Petersburg.

But Jose Mourinho is confident he will land Lingard – whom he managed at Old Trafford – in a £30million deal.

Should Lingard head to North London, there is every chance the versatile star could be competing with Bale for minutes.

SunSport takes a look at how the two fallen stars have compared over the last two, tricky seasons…

First and foremost, both have struggled for playing time – at under 3,000 minutes apiece.

If you consider the average game of football is roughly 95 minutes, including added time, there have been 7,220 minutes up for grabs.

Bale has scored twice as many goals as Lingard in that time, at ten to the Englishman's five.

The Welsh winger has netted once every 288 minutes, which is miles better than Lingard's 520 average.

However, it's worth nothing a goal every 288 minutes is still pretty dire for a 'world-class' forward – equating to one goal every three matches.

Bale also has more than twice as many assists at five to Lingard's two – but they're still hardly world-beating numbers.

In terms of dribbling, Bale completed nearly twice as many successful runs per game, but still averaged less than one per match.

Both players were fouled 0.7 times per game, but Lingard proved to be a much more efficient passer.

The Man Utd ace completed an impressive 86 per cent of his attempted passes, compared to Bale's very mediocre 78 per cent.

Bale certainly appears to have the upper-hand – but could his lack of match sharpness hinder his route into the Spurs XI?

END_OF_DOCUMENT_TOKEN_TO_BE_REPLACED

END_OF_DOCUMENT_TOKEN_TO_BE_REPLACED
Recent Posts
We and our partners use cookies on this site to improve our service, perform analytics, personalize advertising, measure advertising performance, and remember website preferences.Ok