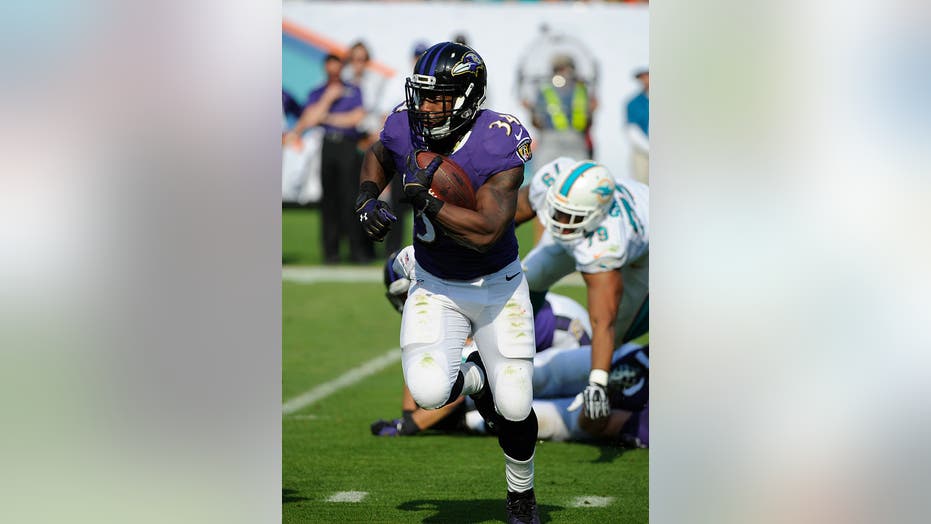 Former Baltimore Ravens running back Lorenzo Taliaferro died Wednesday at age 28, according to the York-Poquoson Sheriff's Office in Virginia.

Deputies were dispatched to an apartment in Williamsburg, Va., around 3 p.m. after the sheriff's office said they received a call from someone in need of medical attention – later identified as Taliaferro. After medics arrived, Taliaferro was transported to a local hospital where he was pronounced dead.

Authorities didn't provide a cause of death, however, a family member told FOX 45 of Baltimore that he died of a heart attack. 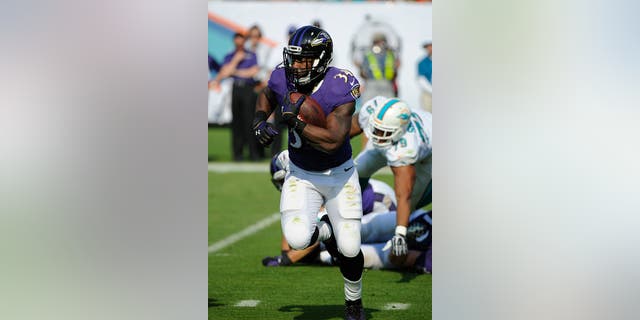 Baltimore Ravens running back Lorenzo Taliaferro (34) runs with the ball during an NFL football game against the Miami Dolphins at the Sun Life Stadium in Miami Gardens, Fla., on Dec. 7, 2014 (Getty Images)

"Our sincere condolences, thoughts, and prayers go out to his family and friends," the York-Poquoson Sheriff's Office wrote on Facebook.

Taliaferro was selected by the Ravens in the fourth round of the 2014 NFL Draft after playing college football at Coastal Carolina, where he rushed for 2,086 yards, scored 34 total touchdowns, and was named the 2013 Big South Offensive Player of the Year, according to the public university in Conway, S.C.

Taliaferro spent three seasons with the Ravens, appearing in 19 games over that span. During his rookie season, he rushed 292 yards and four touchdowns after the team terminated the contract of former running back Ray Rice, who was captured on video punching his now-wife, Janay Palmer, at the Revel Casino Hotel in Atlantic City, N.J. earlier that year.

In his third game that season, Taliaferro rushed for 91 yards and scored a touchdown in a 23-21 victory against the Cleveland Browns. That rushing total would be a career-high, as injuries plagued him over the next two seasons.

After his brief stint in the NFL, he spent time with the Hamilton Tiger-Cats of the Canadian Football League (CFL).

Some of Taliaferro's former teammates and coaches took to social media late Wednesday to offer their condolences following his passing.

Taliaferro would have turned 29 next Wednesday.

END_OF_DOCUMENT_TOKEN_TO_BE_REPLACED

END_OF_DOCUMENT_TOKEN_TO_BE_REPLACED
Recent Posts
We and our partners use cookies on this site to improve our service, perform analytics, personalize advertising, measure advertising performance, and remember website preferences.Ok