LUKE SHAW has told a Manchester United fan who threw a green and gold scarf on the Old Trafford pitch that he will fight to quash any stadium ban.

As the defender set up to take a corner in Manchester United's draw with Fulham on Tuesday, the protest symbol landed in front of him. 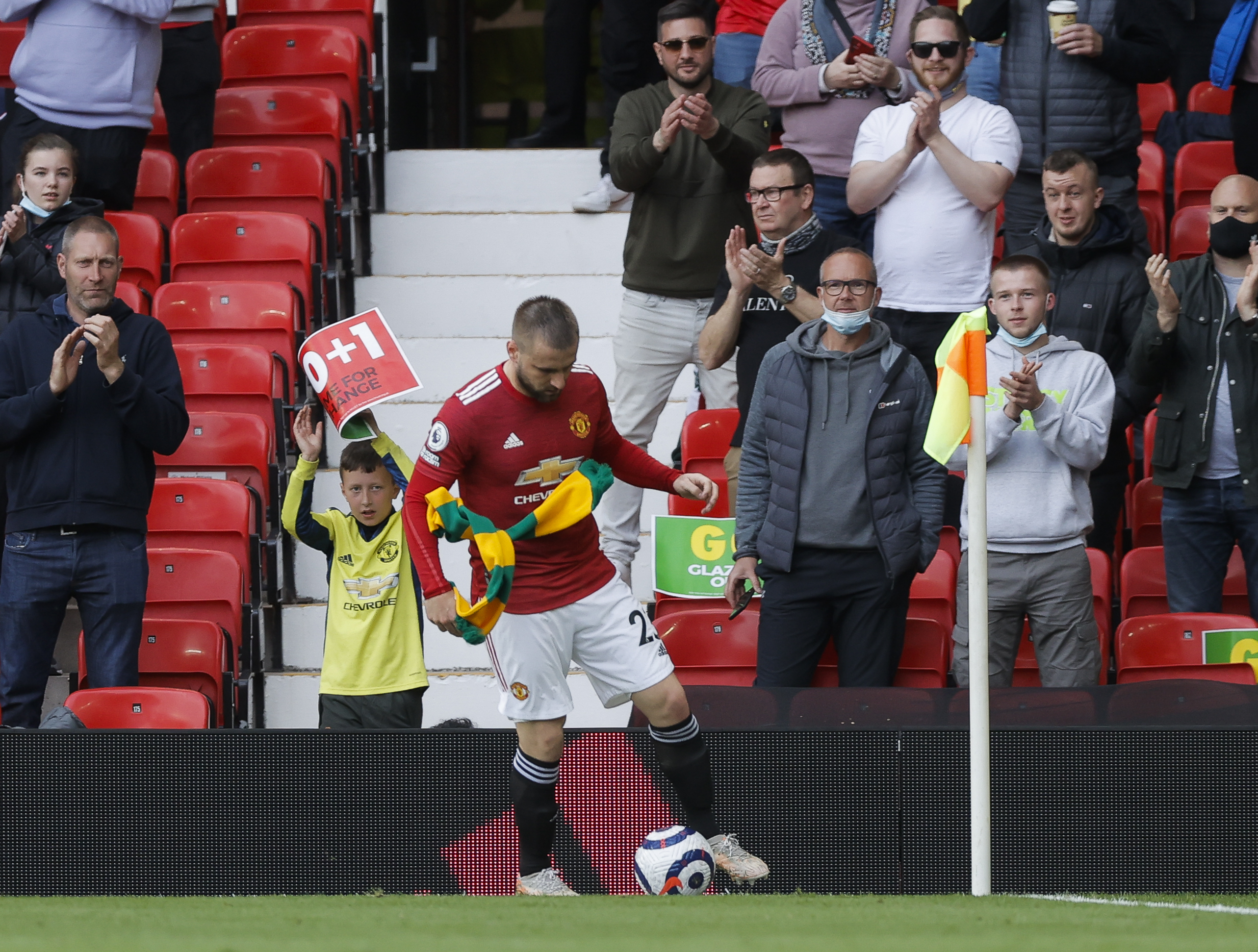 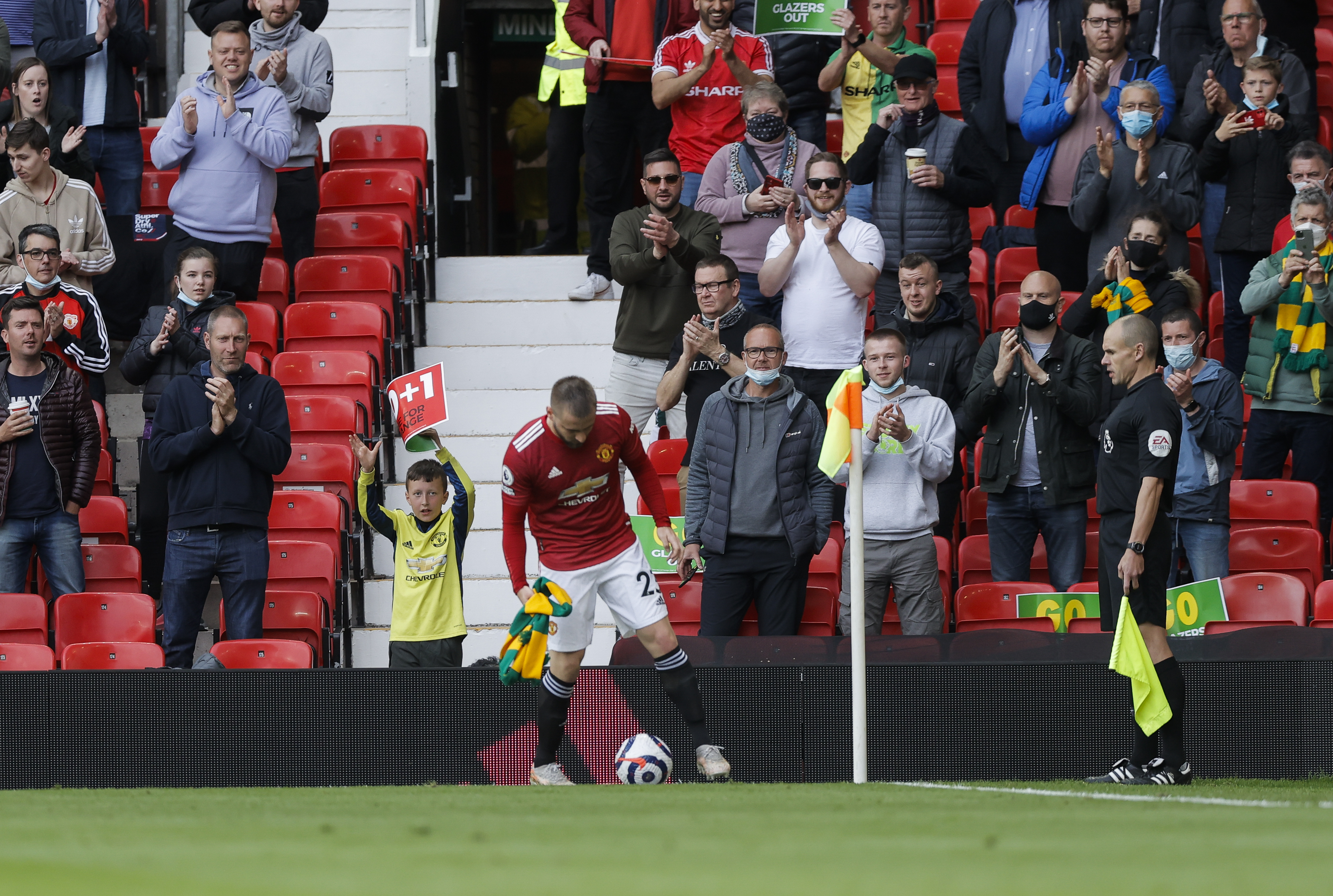 Shaw was described by onlookers as chuckling at the gesture, which was aimed as a protest against the club's Glazer family owners.

But the supporter who claims to have thrown the scarf, Shaun Logan, tweeted that he is facing a three-year stadium ban.

After the game, Shaw, 25, insisted that he 'understood' the protest 'completely' and will attempt to have any ban scrapped.

Logan wrote: "Was thrown to Luke in a good manner. Nothing aggressive.

"Was told by the Stewards I’m facing a 3 year ban. All paid up for Gdańsk next week and this looks like it could be the end of the road for me. Was a peaceful gesture that was taken out of context. Luke shaw laughed…"

"I know there was nothing aggressive towards what you did. I will try my best to speak with someone and sort it out."

Logan thanked the England international for his solidarity, adding that it 'means a lot'.

The Premier League match was the first to welcome fans back to Old Trafford with the anti-Glazer colours a common sight.

Many held up cards reading 'GO Glazers out' during the draw, in particular the 51st minute to demand fan ownership like Germany's 50+1 model that sees supporters hold the majority share in clubs.

And protests against the ownership, for the European Super League debacle and taking millions out of the club, were peaceful.

Supporters also met outside the stadium two hours before the match to make their voices heard.

In recent weeks, a group of United fans have also stormed the training ground and hundreds stormed the pitch to force the game with Liverpool to be postponed.