EVEN Ole Gunnar Solskjaer's celebrations when he won this competition did not match his emotion here.

He knew just how big Cristiano Ronaldo's goal was in the last minute of injury time – very big. 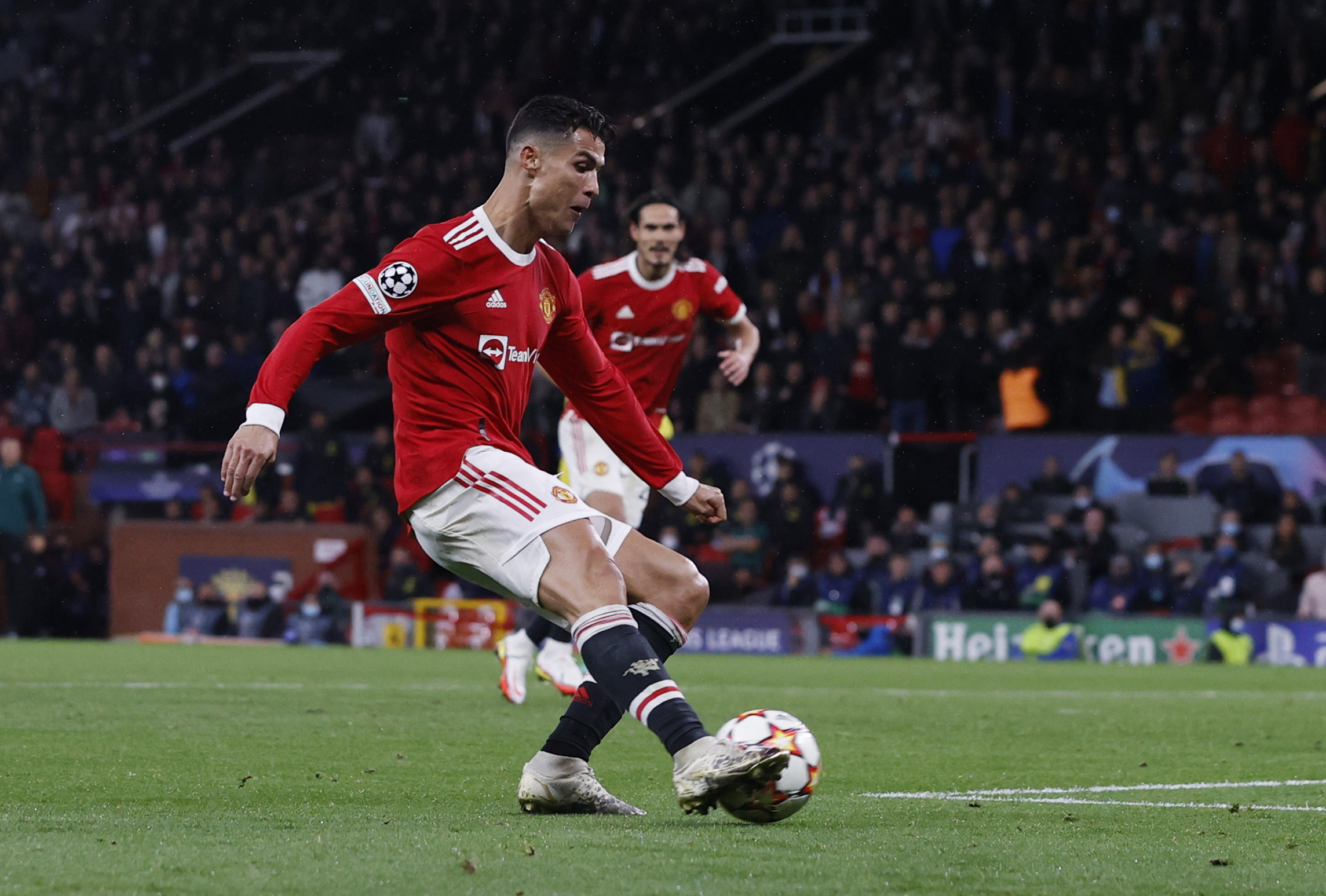 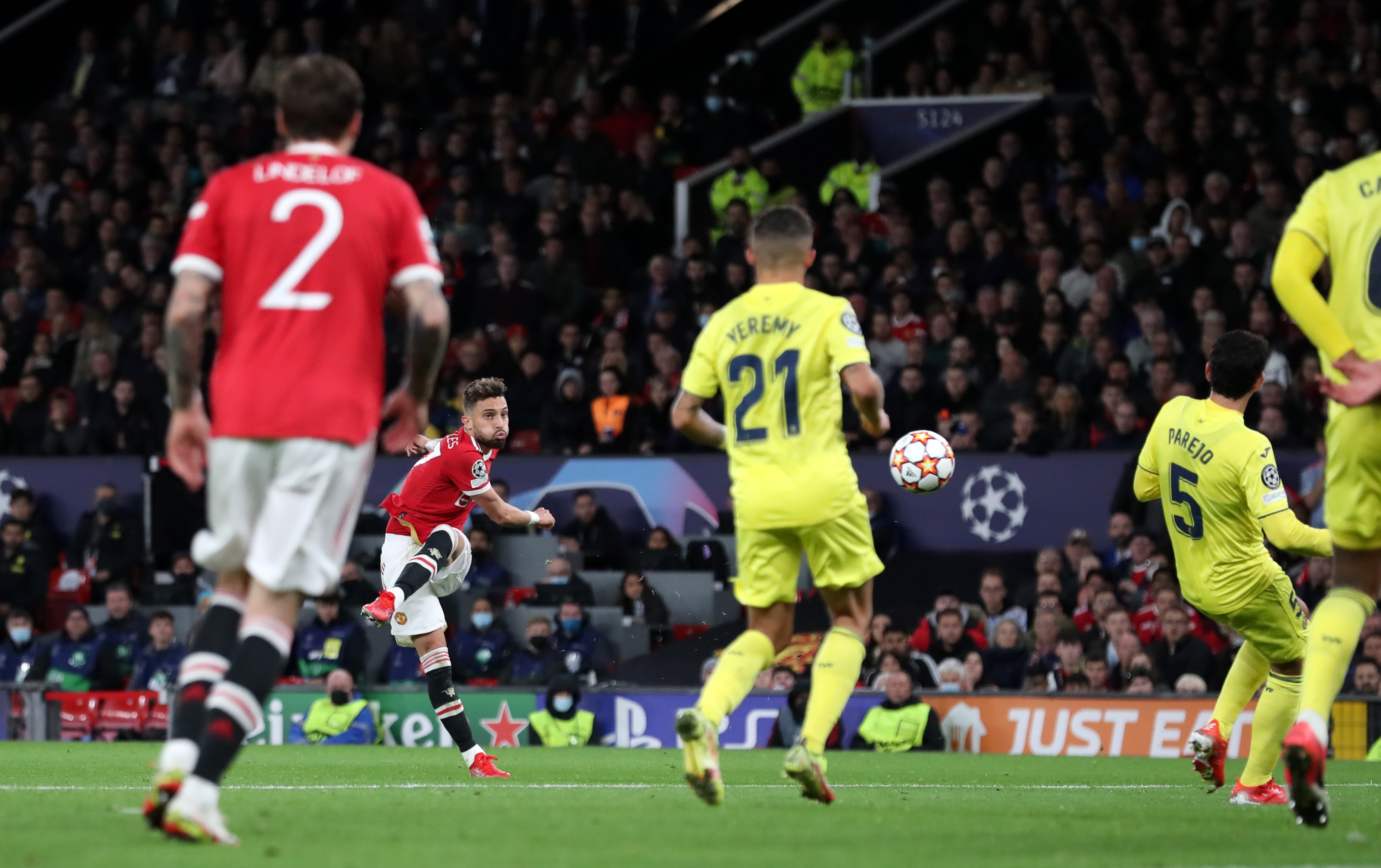 Questions were starting to be asked once again.

Out of the Carabao Cup, defeated at home by Aston Villa in the league now sitting bottom of their group in the Champions League as the seconds ticked down.

The heroics of David de Gea were really to thank for a point at that stage. Then up Ronaldo popped.

He headed Fred's cross down, Jesse Lingard stretched to toe the ball back to him and his shot was too powerful for the outstretched hand of Geronimo Rulli at his near post.

Solskjaer in his technical area turned to his bench pumping his fists wildly. What a moment – what a smash and grab, get out of jail win.

Outplayed for large parts of the game they had deservedly gone behind to Paco Alcacer’s close range side foot shot in the 53rd minute.

Alex Telles levelled with a stunning volley from 20 yards into the far bottom corner on the hour.

Cavani came on and missed a sitter. Villarreal nearly scrambled one home at the other end then came the moment. What drama.

It was fair to say that the enforced changes to United's back four had more than an unsettling effect.

Two of them were down to injury with both captain Harry Maguire and Luke Shaw limping out of last Saturday’s game against Aston Villa.

Victor Lindelof came in at centre-back with Telles at left-back.

Aaron Wan-Bissaka was sent off against Young Boys so was suspended, a ban that was increased to two games by Uefa on the day of this game.

It was his replacement Diogo Dalot that the visitors clearly saw as the weak link and they weren’t disappointed.

The ease with which Arnaut Danjuma waltzed past him before firing wide in the 30th minute had the home crowd gasping in disbelief.

By then De Gea had already been called into action three times to keep the scores level. 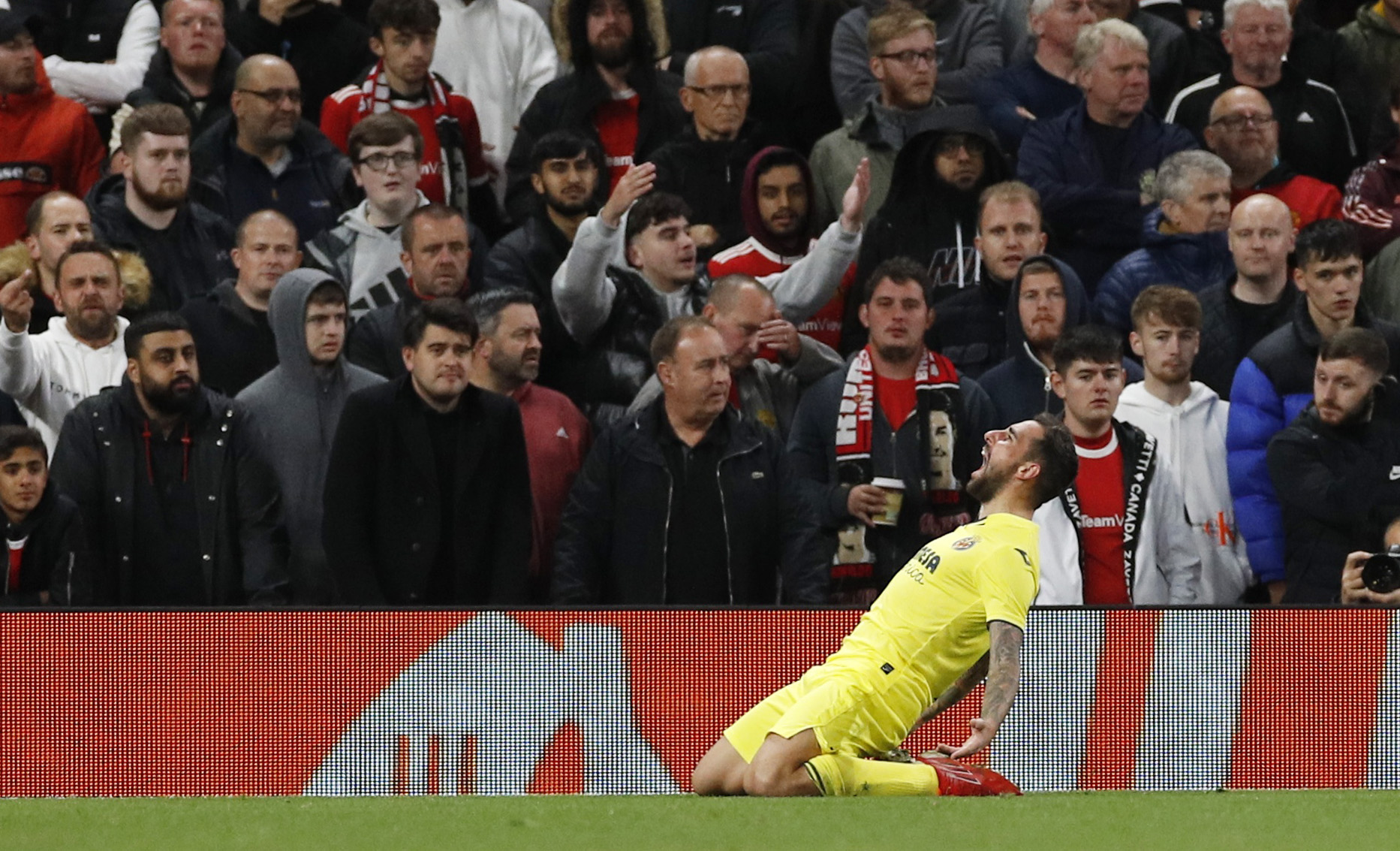 The first came when Danjuma was put clean through only to fire straight at United's number one, who had stood his ground.

Then a slick move finished with Danjuma once again having the chance and this time his effort to the far corner was superbly clipped wide of the post by De Gea’s outstretched left hand.

Paco Alcacer’s header had him leaping to the skies to tip the ball over.

Last season’s 30 goal man for Villarreal Gerard Moreno, who also scored in the Europa League Final victory over United at the end of last season, was missing injured.

They were missing him to produce the killer touch their build up play deserved as they totally outplayed United in the first period.

Visiting goalkeeper Rulli did not have a save to make in that time.

The best chance for a United player came when Ronaldo took to the air at a corner but headed well over.

Indeed the closest the home side came to scoring was when Moreno diverted Paul Pogba’s chipped ball into the box past his own goalkeeper and inches wide. 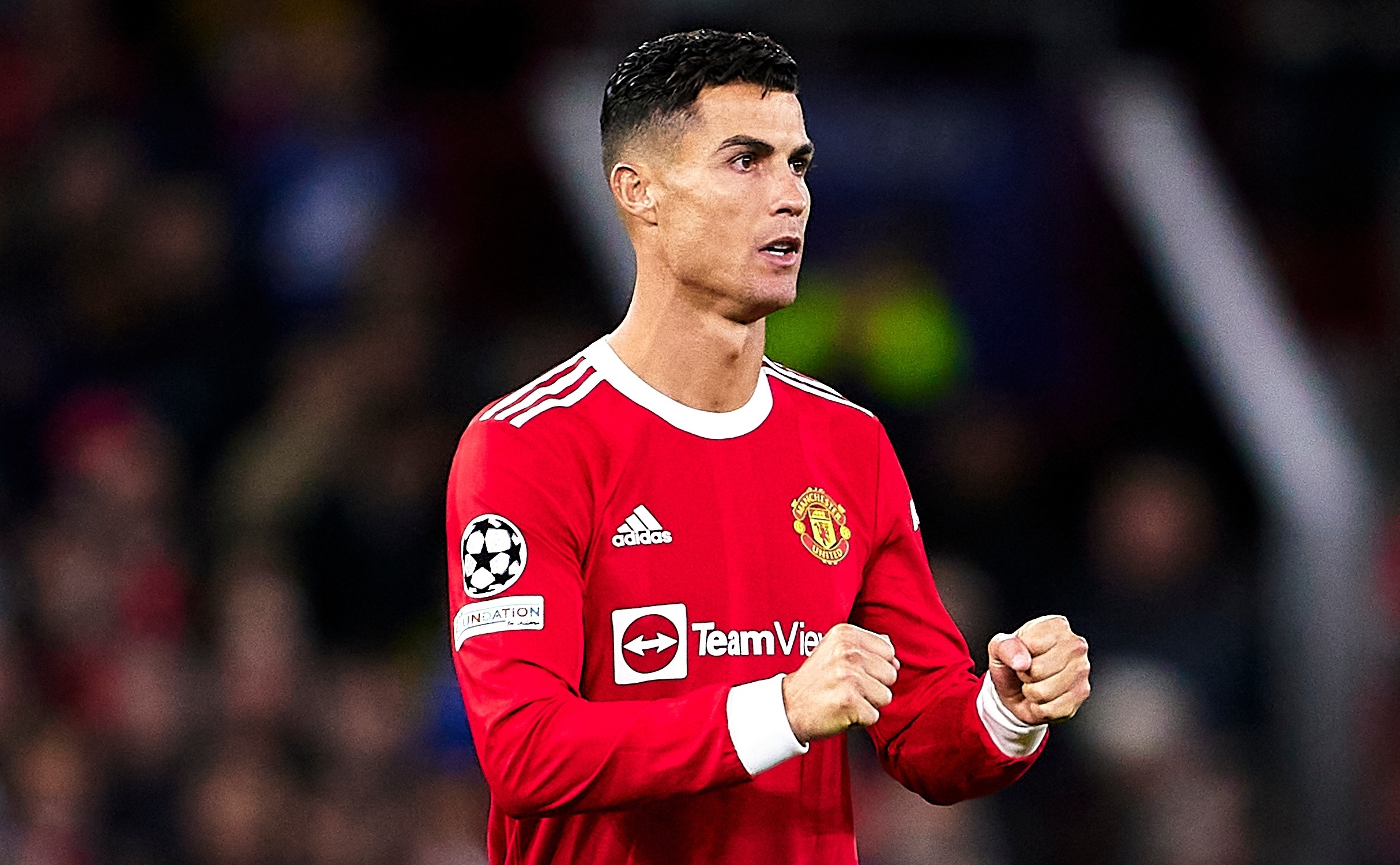 The half-time whistle was greeted with silence. United fans could not quite believe what they had seen.

Yes this Villarreal side did beat them on penalties in last season’s Europa League Final.

They are a very good side who lost to Chelsea on penalties in the European Super Cup.

Since then they have drawn six and won one including an opening Group F draw to Atalanta.

They also could easily have beaten both La Liga champions Atletico Madrid and Real Madrid but drew with both.

So United were up against quality and a top manager in Unai Emery. Still it needed to be better than this.

As on Saturday against Aston Villa, Ronaldo just wasn’t getting on the ball.

Jadon Sancho had the off burst but we are still to see what commanded his £73million transfer fee, although it is early days.

Solskjaer continuously belies the slow starts his team produce but they aren’t responding to his pleas to get on the front foot. 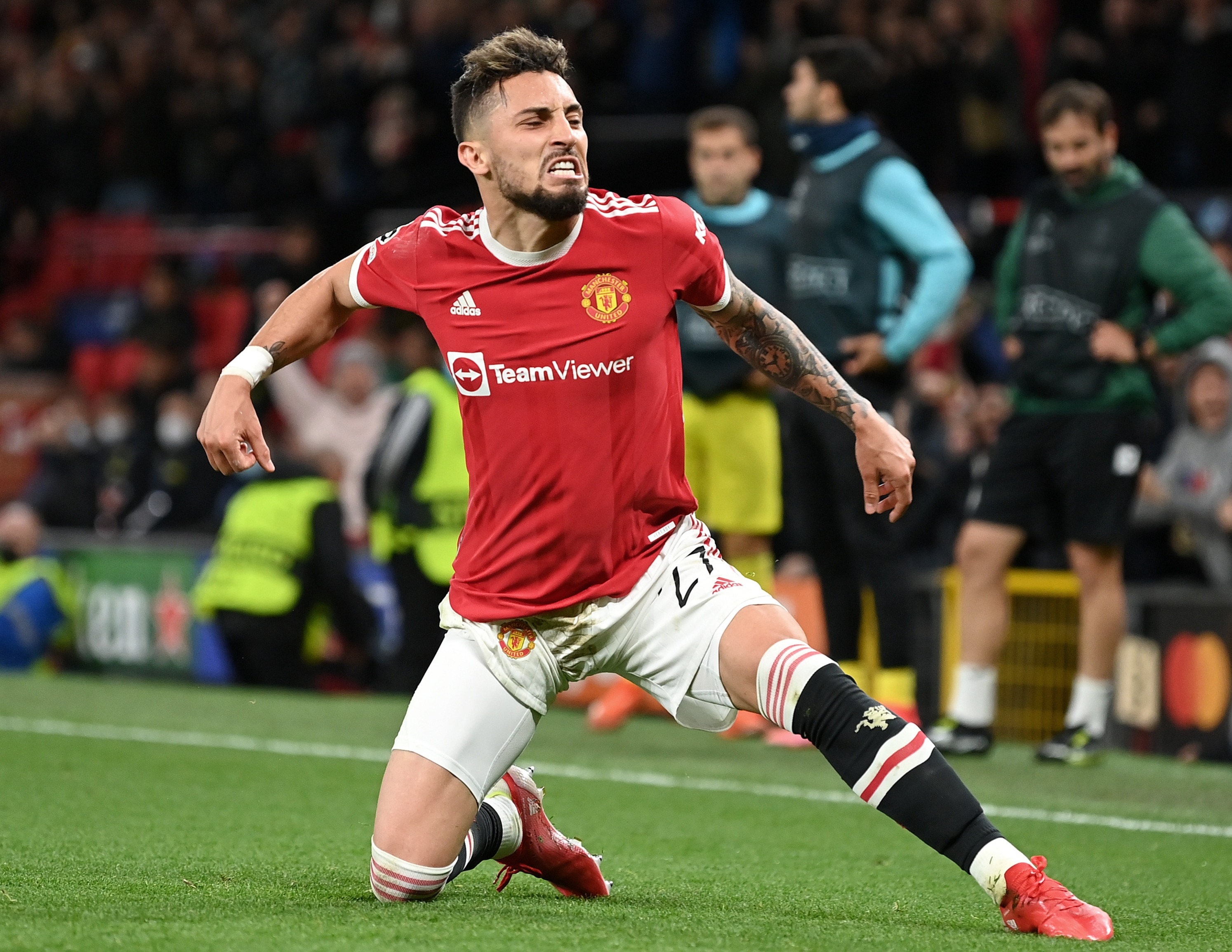 Would the second-half get better? Well not immediately as Villarreal took a deserved lead.

Manu Trigueros slipped the ball behind a hapless Dalot for Danjuma to fire to the near post and Alcacer strode between the two centre backs to side foot home from close range.

It was training ground stuff against the youth team, all too easy…

Then out of nowhere the Red Devils were level. They won a free kick outside the box next to the byline.

Fernandes ignored everyone in the area and pinged it to Telles standing 20 yards out unmarked.

He smacked it on the full with a tremendous angled volley that bounced past the goalkeeper and into the far bottom corner.

Old Trafford was now alive. On came Edinson Cavani and 11 minutes from time came his chance.

Mason Greenwood put a great cross into the far post and there was the veteran goalscorer, who somehow headed wide of a gaping goal.