LIVERPOOL have stolen a march on Manchester United in the race to sign Raphinha, reports say.

The Reds are in pole position to land the Brazilian winger after his impressive debut season at Leeds. 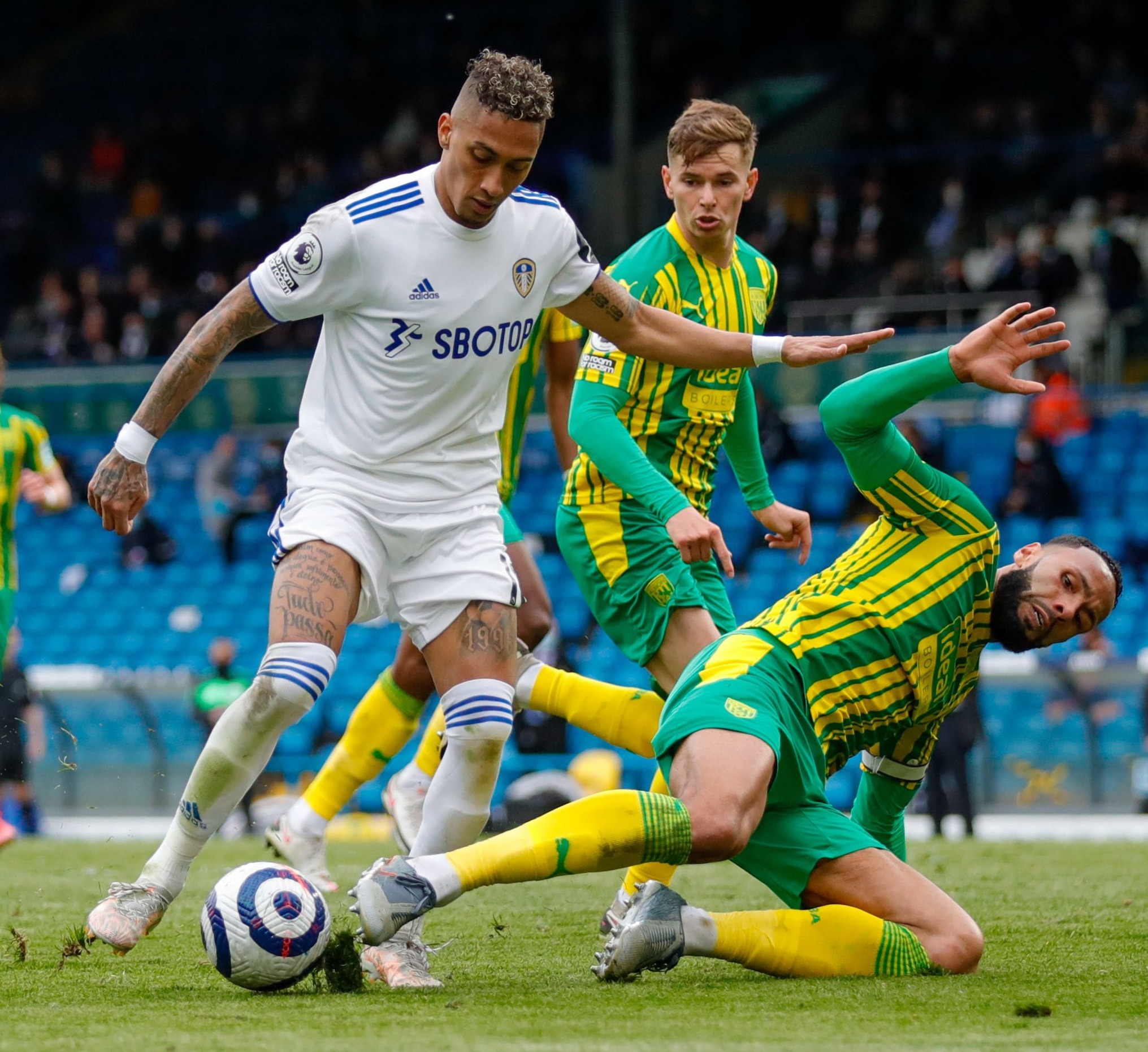 According to the Express, Liverpool are ahead of their rivals Man Utd and Manchester City in the race.

But the report also states that Leeds have no intention of letting the 24-year-old go.

He scored seven goals and had 11 assists last season having arrived from Rennes for £17million.

Man Utd and Liverpool have been interested in his signature all year.

Raphinha formed a good partnership with Man Utd creative genius Bruno Fernandes when they were at Sporting Lisbon.

And Red Devils midfielder Fred said earlier this year: "Bruno's been talking about Raphinha ever since he arrived. They played together at Sporting.

“He's a great player having an amazing season and a lot of clubs have their eye on him.

Manchester United have made Harry Kane their No 1 transfer target.

But they face competition from rivals Man City for the Spurs striker's signature.

Jadon Sancho has also long been linked with a switch to Old Trafford.

Liverpool, meanwhile, have just signed Red Bull Leipzig defender and are set for a squad overhaul this summer.

Georginio Wijnaldum has left on a free and set to sign for Barcelona.

The Reds could axe up to TEN players in total with Divock Origi and Xherdan Shaqiri among those likely to leave.