DONNY VAN DE BEEK’S arrival at Manchester United will bring one thing to their midfield – fluidity.

After the restart, Ole Gunnar Solskjaer’s line up was predictable and his lack of options off the bench was telling. 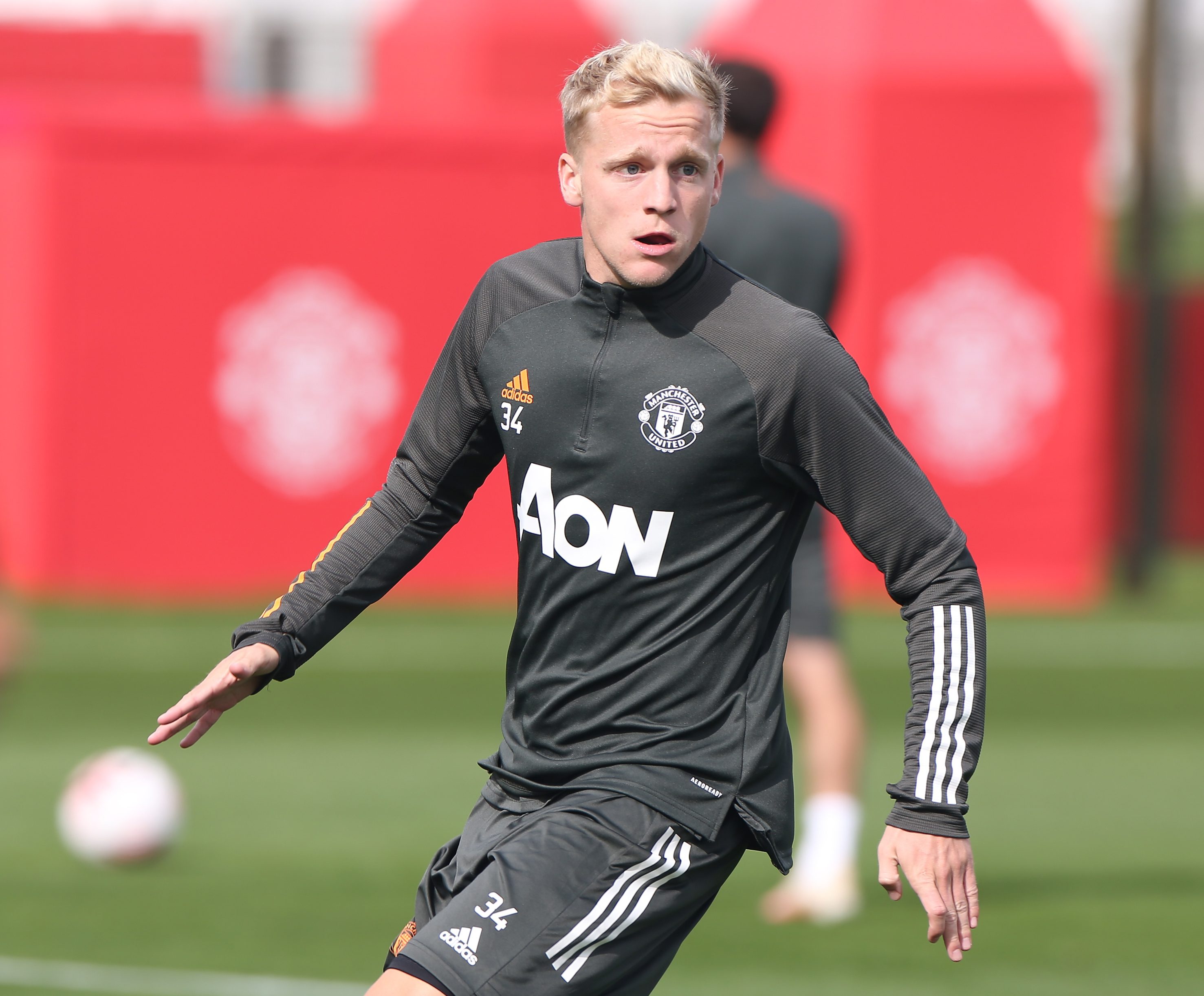 In their last 14 Premier League fixtures he made only TWO attacking substitutions before the 77th minute.

But now with Van De Beek, Ole will have options to unpick defences because when he is partnered with Paul Pogba and Bruno Fernandes it may look like a 4-2-3-1 on the team sheet but in reality it will be different.

The beauty of the current United squad is that many of them can play a variety of positions and Van De Beek is exactly the same.

At Ajax he proved he can play higher up the pitch but when Frenkie De Jong left for Barcelona he also showed he can play the deeper role.

So what you may find is the midfield trio of De Beek, Pogba and Fernandes will interchange into the number 10 slot as all of them have the intelligence and are capable of sitting back when needed.

Without Nemanja Matic they will be a bit open defensively but we will then potentially see only one of the fullbacks going forward to ensure they always have at least four men behind the ball as the other one will tuck inside.

It certainly won’t be the case of any of the front four missing out, as some are expecting.

When you look at other teams – Manchester City with their midfield, Chelsea with the signings they have made and Liverpool bringing Thiago in – it is not about leaving players out.

It is about adding strength in depth, something which United lacked last season.

Against Real Madrid and Juventus in the Champions League in 2018/19, Van De Beek showed he is a big game player.

And it means Ole now has another option in United's armoury which he can mould to the demands of the game.

END_OF_DOCUMENT_TOKEN_TO_BE_REPLACED

END_OF_DOCUMENT_TOKEN_TO_BE_REPLACED
Recent Posts
We and our partners use cookies on this site to improve our service, perform analytics, personalize advertising, measure advertising performance, and remember website preferences.Ok