MARTIN O'NEILL sent his fans into meltdown as he launched a scathing attack on other football pundits.

The former Celtic boss claimed their opinion is 'worthless' if they were 'basement dwellers' themselves. 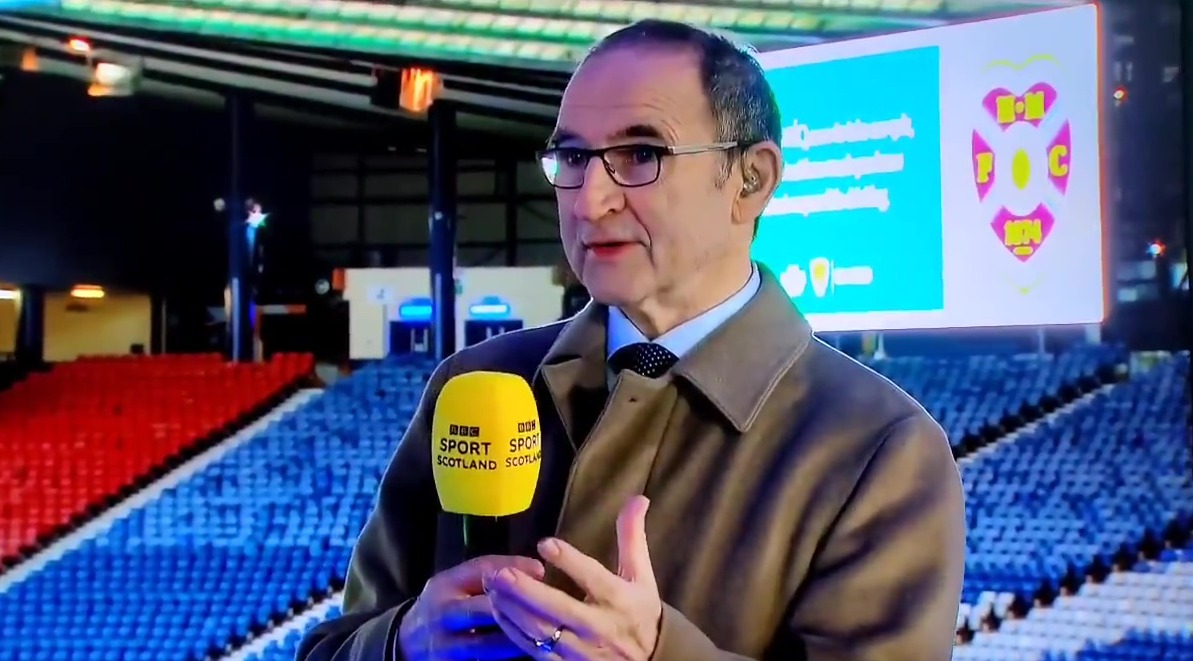 O'Neill, 68, did not name any names as he let rip during the incredible on air rant.

But he made his opinion crystal clear after Celtic's win over Hearts on Sunday.

He told BBC Sport: "You have players, who have done nothing in their careers, nothing at all, who have been basement dwellers as footballers.

"They have ended up on the screen criticising something in front of them that they have never experienced either as a player or as a manager.

"They're giving an opinion. Their opinion is worthless."

One fan said: "Mr O'Neill knows EXACTLY who he's referring to when he said basement dwellers."

Another said: "Love Martin O'Neill slagging off pundits on TV who have done nothing in their career – basement dwellers."

And one claimed: "Nailed it Martin. There are a lot of basement dwellers on our TV just wanting #CelticFC to fail."

One said: "Basement dwellers is the best line I have heard all day."

Celtic made it a historic quadruple treble after a thrilling penalty shootout victory over Hearts.

END_OF_DOCUMENT_TOKEN_TO_BE_REPLACED

END_OF_DOCUMENT_TOKEN_TO_BE_REPLACED
Recent Posts
We and our partners use cookies on this site to improve our service, perform analytics, personalize advertising, measure advertising performance, and remember website preferences.Ok