MAX HOLLOWAY and Calvin Kattar went face-to-face this morning ahead of their eagerly-anticipated featherweight showdown.

The pair, 29 and 32 respectively, will throw down on Saturday night in the main event of UFC on ABC 1, which will take place at the brand new Etihad Arena on Yas Island, Abu Dhabi. 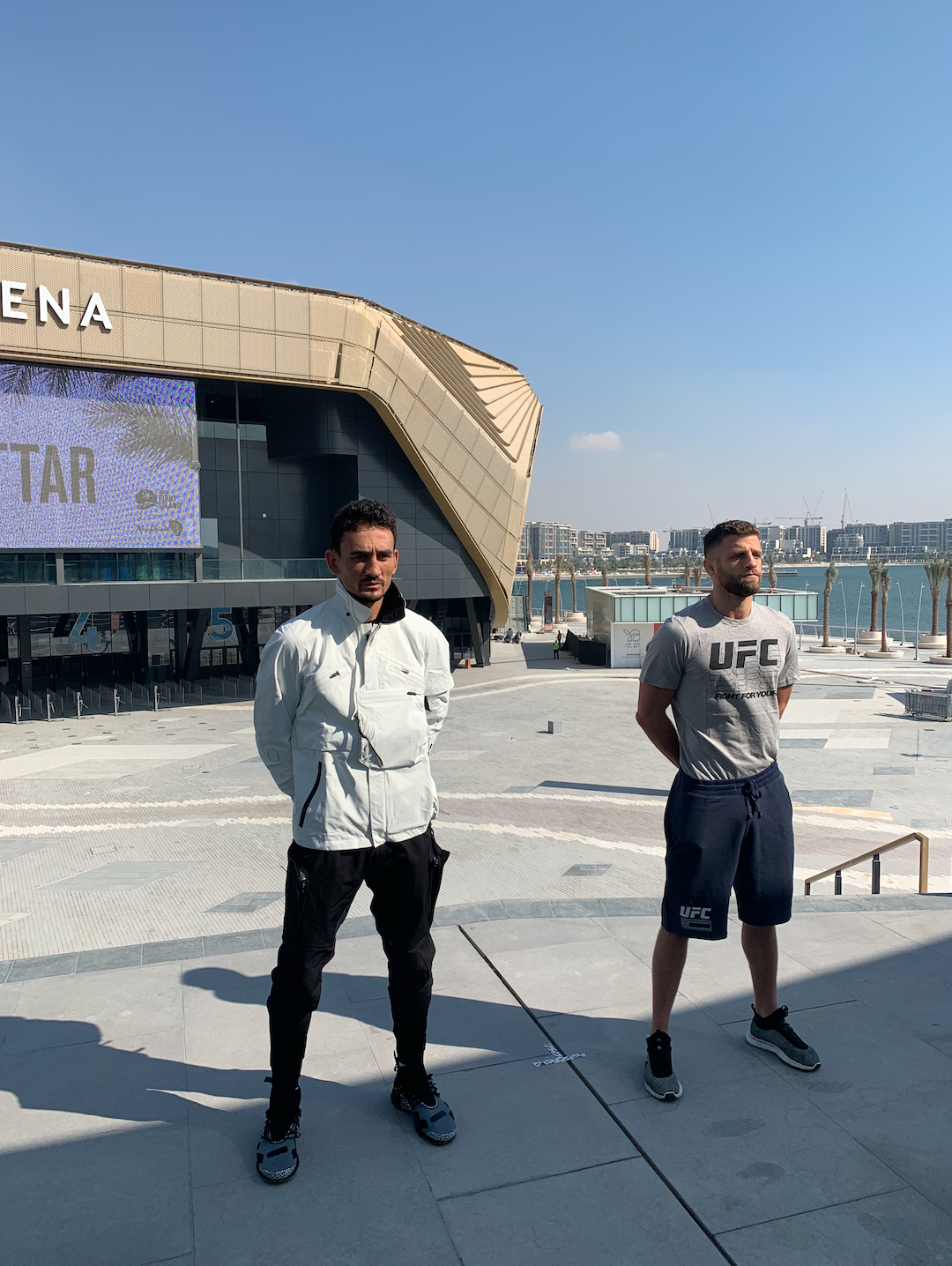 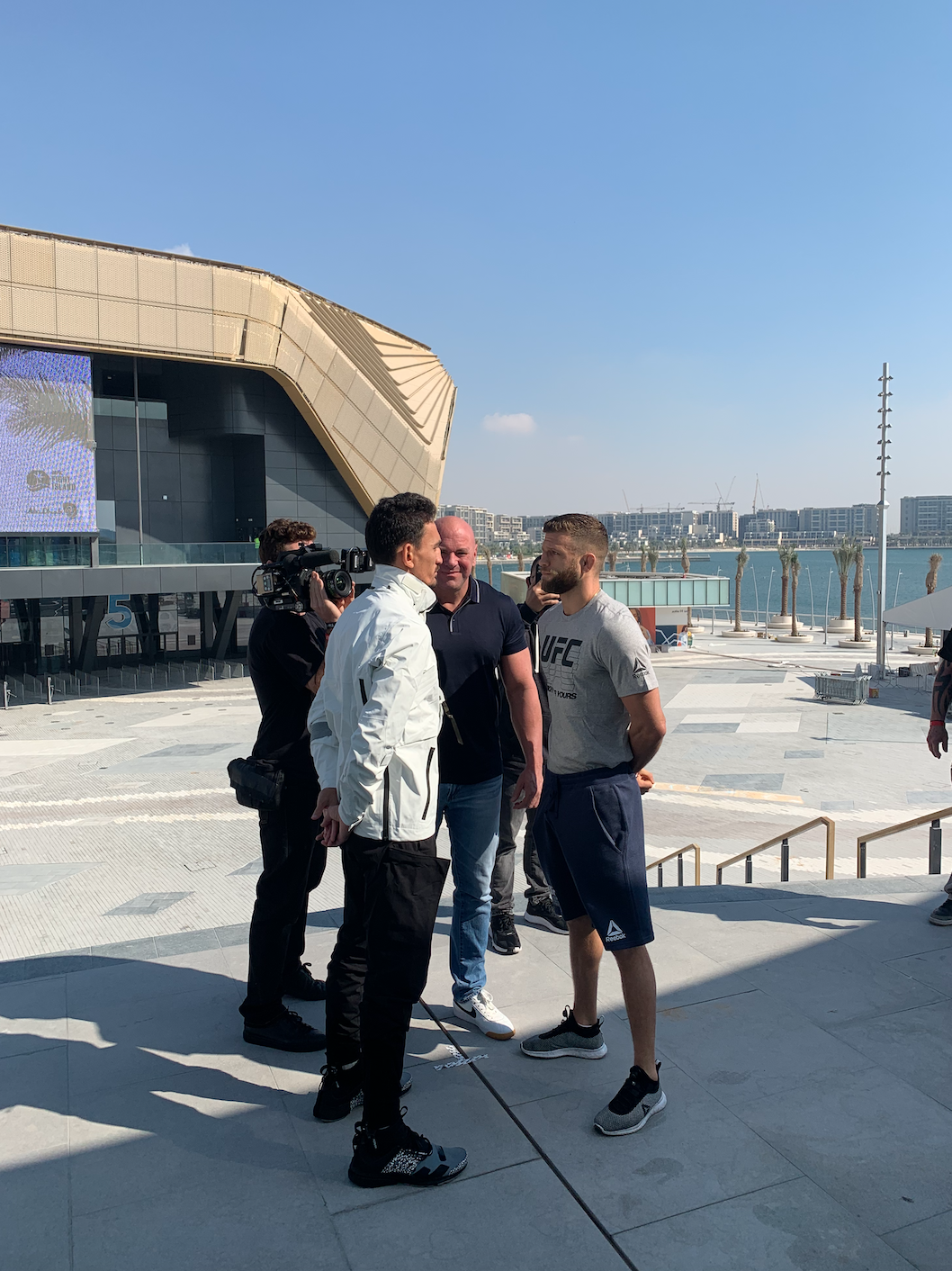 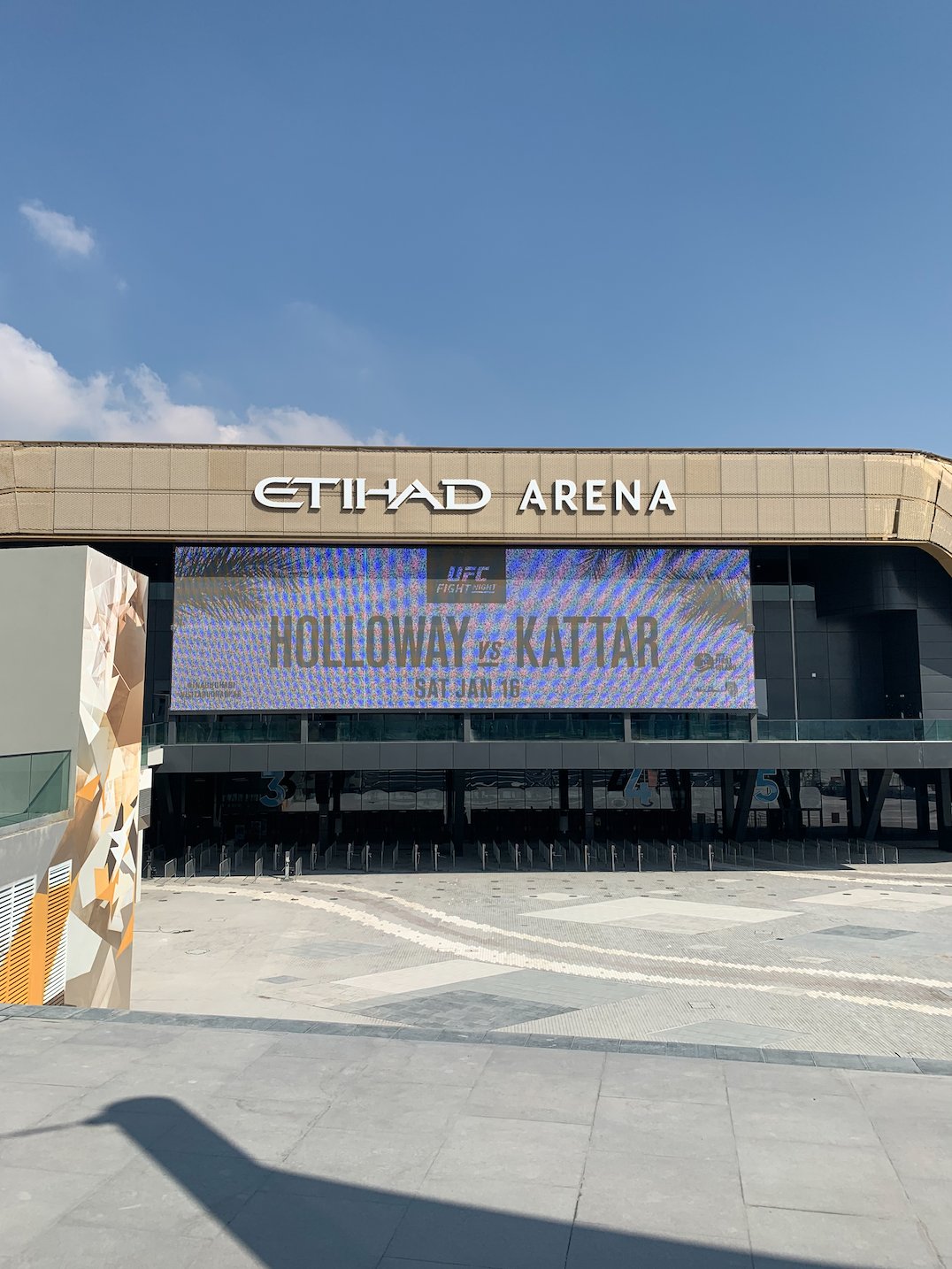 And the fan favourites took part in a cordial face-off outside the 18,000 capacity arena early on Thursday morning.

As well as kickstarting the promotion's third 'Fight Island' stint, UFC on ABC 1 will be the inaugural event to be held at the Etihad Arena.

Former featherweight king Holloway will look to snap a two-fight skid against the in-form Kattar, who has won his last two on the bounce.

Despite going into his first outing of the year on the back of consecutive losses to 145lb king Alexander Volkanovski, Holloway is the bookies' favourite.

The Hawaiian, however, isn't expecting an easy night at the office and is refusing to underestimate the Boston bruiser

He said: “Calvin is a dangerous dude, and we know he is dangerous because he will be standing across from me, and I’m excited for it.

"Calvin was saying something like I’m overlooking him, this and that.

"I can’t. How can I overlook you? He made it here. I’ve got to respect that.

Holloway, also known as, Blessed added: "At the end of the day, we’re fighting five rounds.

END_OF_DOCUMENT_TOKEN_TO_BE_REPLACED

END_OF_DOCUMENT_TOKEN_TO_BE_REPLACED
Recent Posts
We and our partners use cookies on this site to improve our service, perform analytics, personalize advertising, measure advertising performance, and remember website preferences.Ok