Megan Rapinoe on US women's soccer's Olympics loss to Canada: 'It sucks' 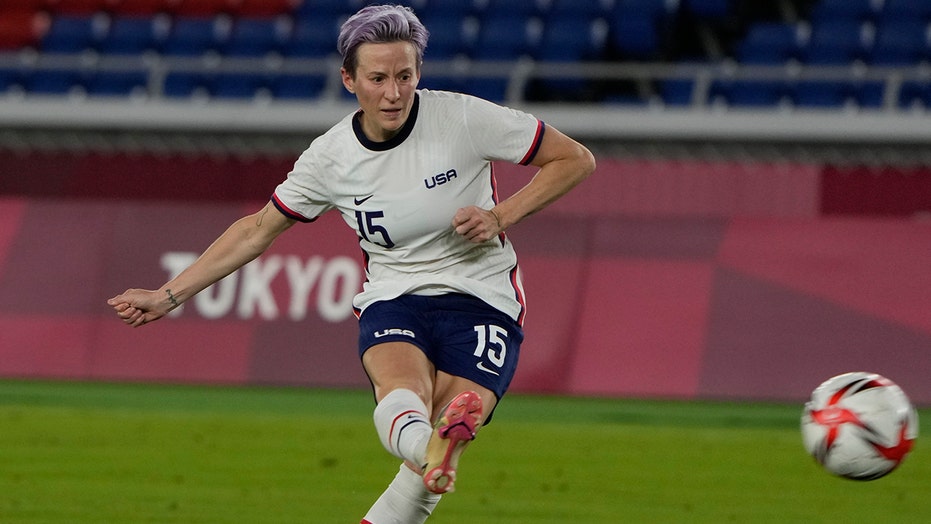 Megan Rapinoe and the U.S. women’s soccer team were stunned in the Tokyo Olympics semifinals against Canada and will compete for a bronze medal instead of a gold.

Canada defeated the U.S., 1-0, thanks to a Jessie Fleming goal from the penalty spot. While the U.S. controlled the possession for the entire match, the Americans couldn’t get a shot past goalkeeper Stephanie Labbe.

Rapinoe admitted the loss was tough.

“It’s terrible. We just didn’t have it today. Just too many errors from us again. I felt like the space was there for us to play and we just couldn’t get into it, too many touches or, you know, an errant touch,” she said, via ESPN.

“That’s football. They got, I think, one shot on goal, a PK, and from what it sounds like it was a PK. So yeah, it’s a bitter one to swallow. Obviously we never want to lose to Canada. I don’t think I’ve ever lost to Canada.

“So it’s a bitter one. Obviously, there’s still a lot to compete for. That’s what I told the girls and what we talked about in the huddle. It’s not the color we want, but there’s still a medal on the line. That’s a huge thing and we want to win that game, but yeah, this is…this sucks. It sucks.”

It was Canada’s first win against the U.S. since March 2001, according to The Guardian.

Canada also made it to the quarterfinals of the 2015 Women’s World Cup and the Round of 16 in the 2019 World Cup and had never finished higher than fourth place in the event.

The U.S. looked shaky during Olympic play. The team lost 3-0 in its opening match to Sweden, beat New Zealand and then tied with Australia to barely make the knockout stage. The U.S. needed penalties to defeat the Netherlands before playing Canada.