ARSENAL goalkeeper Bernd Leno says Mesut Ozil remains fully committed to the Gunners despite being frozen out under Mikel Arteta.

The German playmaker took to social media last month where he expressed his disappointment after being omitted from the club's Premier League and Europa League squads. 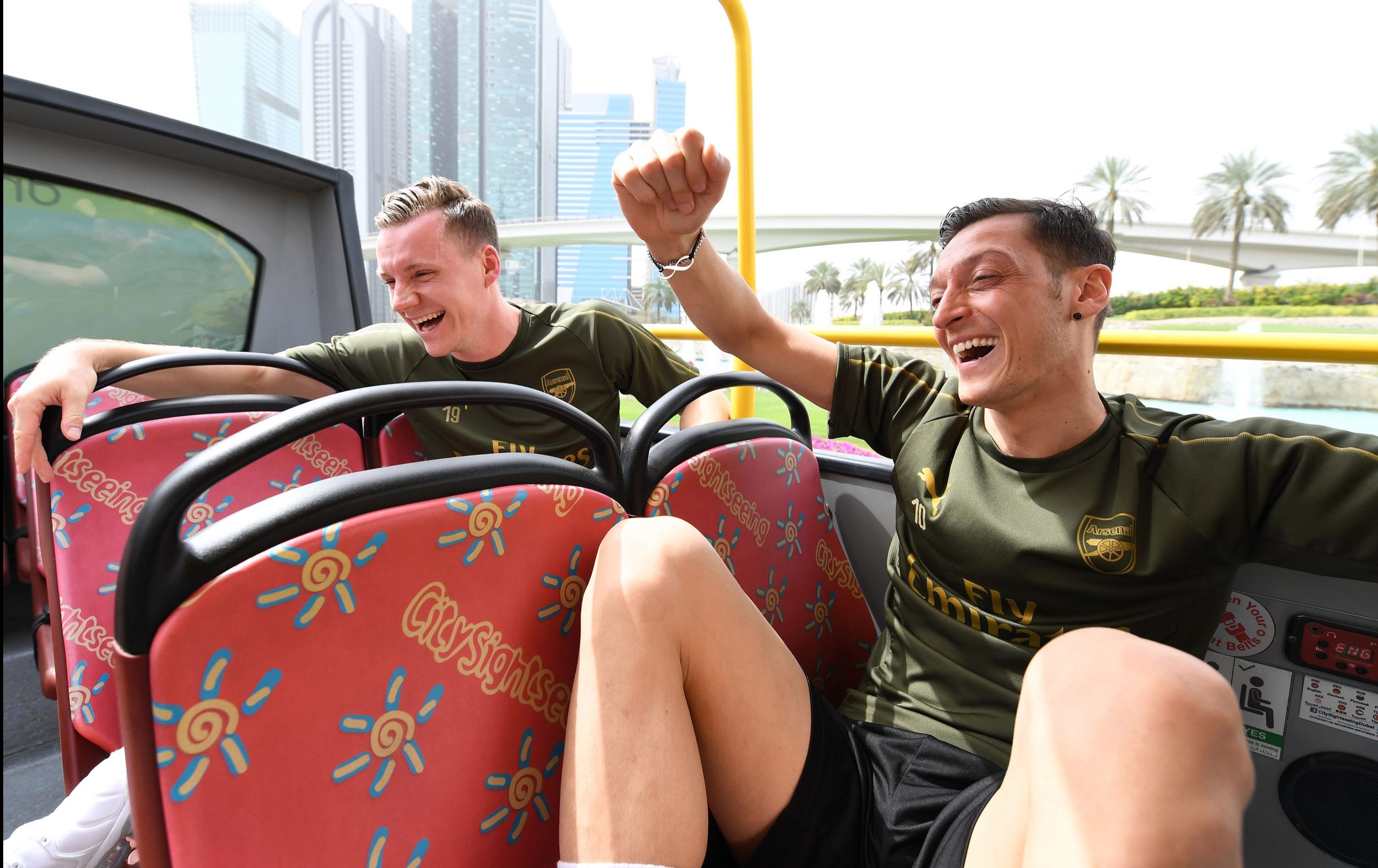 Ozil, 32, hasn't played for the North Londoners since March, and with his contract to expire next summer, he looks set to be a free agent at the end of the term.

But the World Cup winner is said to still be putting in maximum effort during training, with Leno praising his compatriot's loyalty to Arsenal.

Speaking of the midfielder, he told BILD: "Mesut is still a part of the team and trains with us.

"He is absolutely professional, both on the pitch and in the dressing room.

"Obviously it's a disappointing situation for him.

"But Mesut handles it well and is absolutely loyal."

Ozil took to Twitter on Tuesday to once again show his love for the club, as he commented: "London is red #YaGunnersYa.

"Official sources stated that this is true."

The ex-Schalke star also delighted fans when he offered to pay the wages for Gunnersaurus after Jerry Quay, the man inside the costume, was made redundant.

And Ozil – who pockets £350,000-a-week at the Emirates – come to the defence of Pierre-Emerick Aubameyang last week after Toni Kroos criticised the striker's use of masks in celebrations.

The former Real Madrid maestro has even been offered a BT Sport pundit role having been cast aside by Arteta.

END_OF_DOCUMENT_TOKEN_TO_BE_REPLACED

END_OF_DOCUMENT_TOKEN_TO_BE_REPLACED
Recent Posts
We and our partners use cookies on this site to improve our service, perform analytics, personalize advertising, measure advertising performance, and remember website preferences.Ok