MICHAIL ANTONIO will be out for up to six weeks with a hamstring injury, according to reports.

West Ham's star forward limped off against Manchester City last Saturday and is now facing a considerable spell on the sidelines. 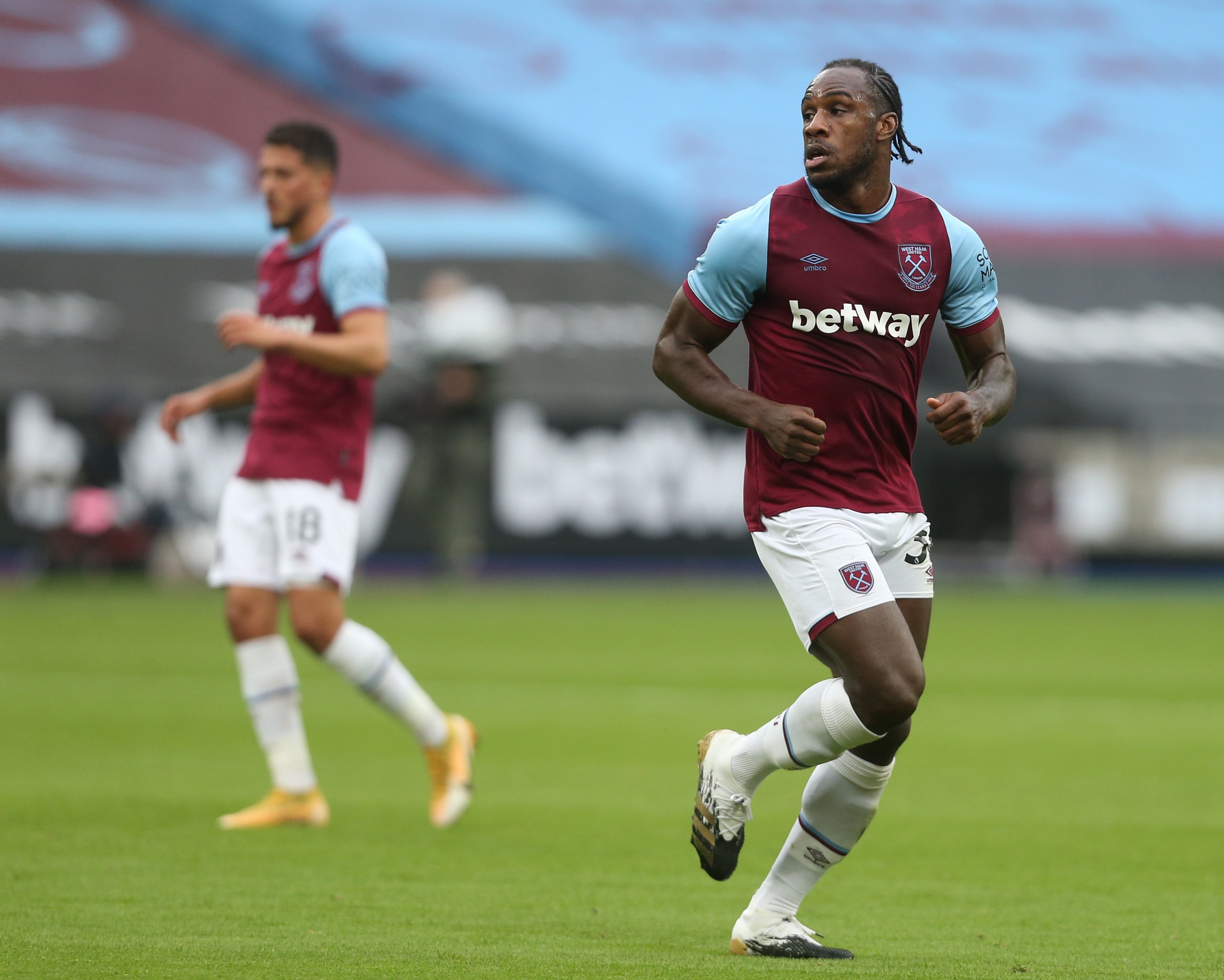 The 30-year-old has been the Hammers' best player this season and is one of the most in form strikers in the Premier League since lockdown.

But scans since the East Londoners' 1-1 draw with Man City have revealed a grade two hamstring tear, according to the Mail.

Irons boss David Moyes said after the City game he did not think the problem was too bad.

But in a bitter blow to Hammers, he now faces more than a month without his talisman – who has recently been linked with a return to the England setup.

Antonio has hit three goals in six games this season.

And West Ham travel to Liverpool on Saturday with fans concerned about who will come in to replace their hitman.

Sebastien Haller cost £45million from Eintracht Frankfurt in the summer of 2019 but has struggled to fit into the team's style of play.

And with some suggesting Moyes may utilise a midfielder – Jarrod Bowen or Said Benrahma – instead of Haller at Anfield, the Frenchman's London Stadium days could be numbered if he is overlooked.

Speaking ahead of the Liverpool game, Moyes remained coy on the length of Antonio's absence and said: "We don't think it's too bad but it's enough to keep him out of this game."

As things stand, Moyes could be without the Englishman for West Ham's games against Liverpool, Fulham, Sheffield United, Aston Villa, Manchester United and Leeds.

Antonio's injury is just another sign of players being over worked amid intense fixture pile-ups because of coronavirus.

Soft tissue injuries are said to be nearly 50 per cent up on this time last season across the Premier League.

Last weekend, there were 78 players with muscle injuries compared to just 55 last campaign.

END_OF_DOCUMENT_TOKEN_TO_BE_REPLACED

END_OF_DOCUMENT_TOKEN_TO_BE_REPLACED
Recent Posts
We and our partners use cookies on this site to improve our service, perform analytics, personalize advertising, measure advertising performance, and remember website preferences.Ok