For the second consecutive week, the league had to move games, including another postponement for the Tennessee Titans, who have the league’s biggest outbreak. The Patriots also had a second rescheduling. 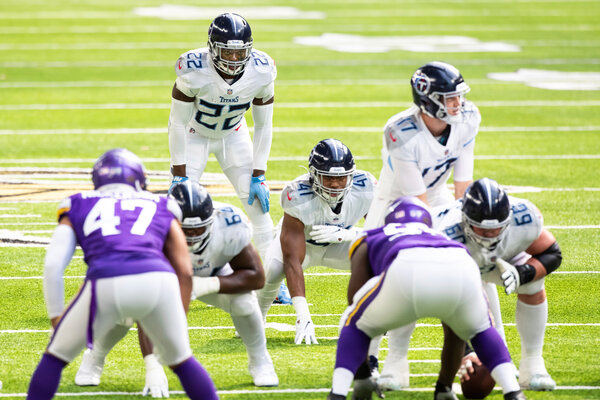 For the second consecutive week, the N.F.L. has shuffled its schedule to accommodate teams that have had players and staff members who have tested positive for the coronavirus.

The league announced on Thursday that the Tennessee Titans — who have had the league’s worst outbreak, with nearly two dozen players, coaches and staff members testing positive — would play the Buffalo Bills on Tuesday at 7 p.m. Eastern time, instead of on Sunday, assuming that the team reports no more positive tests. The Titans reported two additional positive tests in their organization on Thursday.

If Tennessee and Buffalo play as now scheduled on Tuesday, the Bills’ following game, against the Kansas City Chiefs, would be moved back three days from Thursday, Oct. 15.

The league had already postponed the Titans’ game against the Pittsburgh Steelers, scheduled for this past Sunday, by three weeks because of the Titans’ outbreak.

The league also on Thursday moved the New England Patriots-Denver Broncos game, scheduled for Sunday, to 5 p.m. Eastern on Monday, after Stefon Gilmore, New England’s star cornerback, was reported yesterday to have tested positive. Last week, the Patriots’ Sunday game was moved to Monday because their quarterback, Cam Newton, had tested positive.

The postponements are part of the N.F.L.’s effort to manage confirmed infections, which it has said for months were expected to occur.

This week, the N.F.L. said it would use video surveillance to ensure that players and coaches were wearing proper protective equipment at team facilities.

The league is also investigating whether the Titans have violated league rules by working out after the club’s facility was shuttered because of the outbreak in the locker room. The team may be facing penalties that include fines and revoked draft picks. In the worst case, Tennessee could even be forced to forfeit a game.

The league chose not to construct a closed community or a bubble — as the W.N.B.A. and N.B.A. did — for players and coaches to live in during the season, as a way to reduce the risk of infection.

Instead, protocols were put in place to enforce physical distancing and other safety measures while the players and the team’s staff members were together. But at the end of each day, all team personnel are allowed to return home, increasing their chances of being exposed to the virus.

This strategy relies on the avoidance of unnecessary risks by players, coaches and other team employees. The league has fined coaches tens of thousands of dollars for failing to wear face masks properly. Ten players on the Las Vegas Raiders have been fined as much as $30,000 each for attending an indoor charity event where most people, including the players, were not wearing masks.

END_OF_DOCUMENT_TOKEN_TO_BE_REPLACED

END_OF_DOCUMENT_TOKEN_TO_BE_REPLACED
Recent Posts
We and our partners use cookies on this site to improve our service, perform analytics, personalize advertising, measure advertising performance, and remember website preferences.Ok