NEYMAR may be slapped with a SEVEN-game ban after he was sent off for punching Marseille's Alvaro.

The Brazilian was one of FIVE players sent off after a huge brawl at the end of Paris Saint-Germain's shock 1-0 defeat on Sunday. 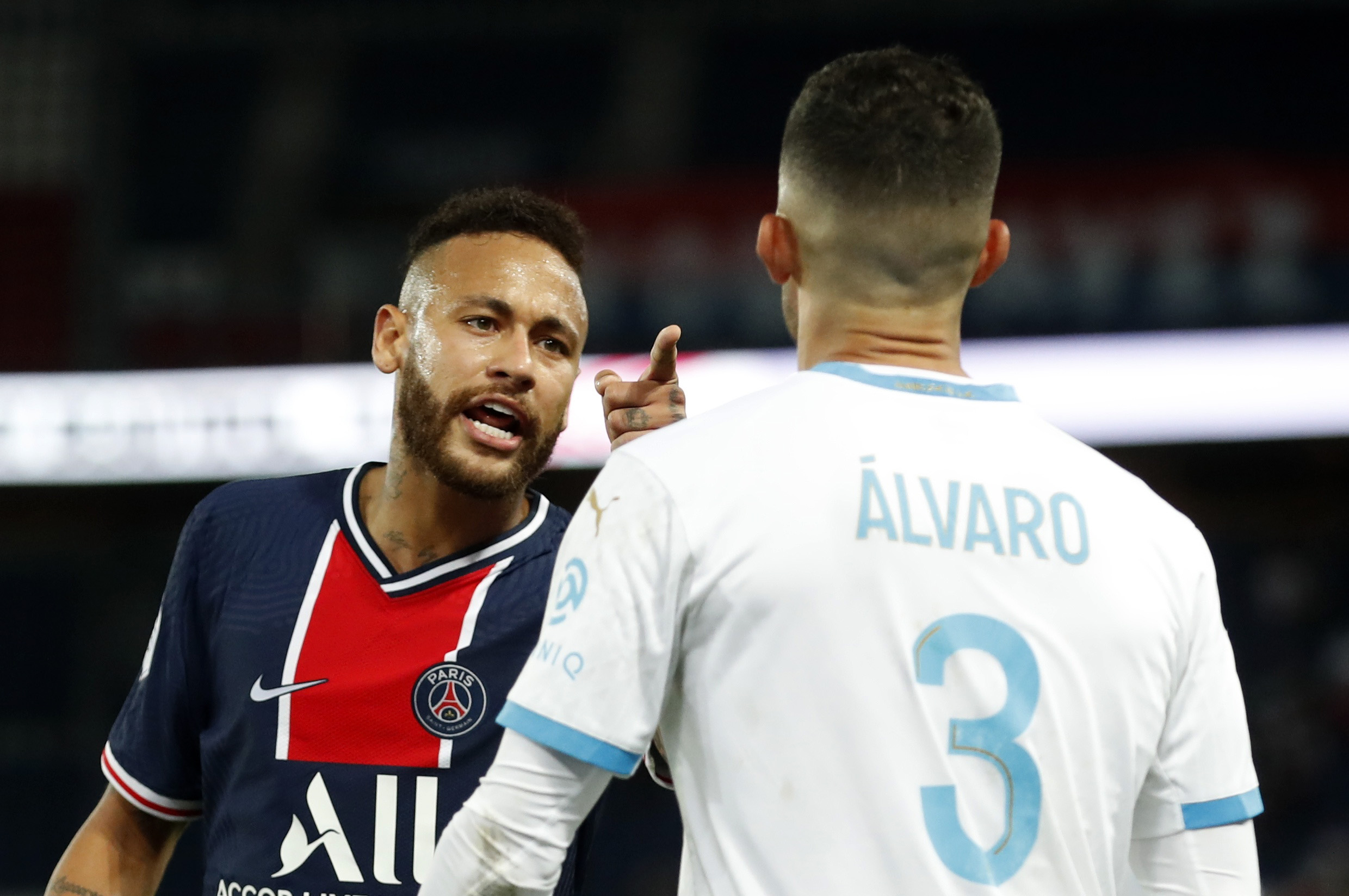 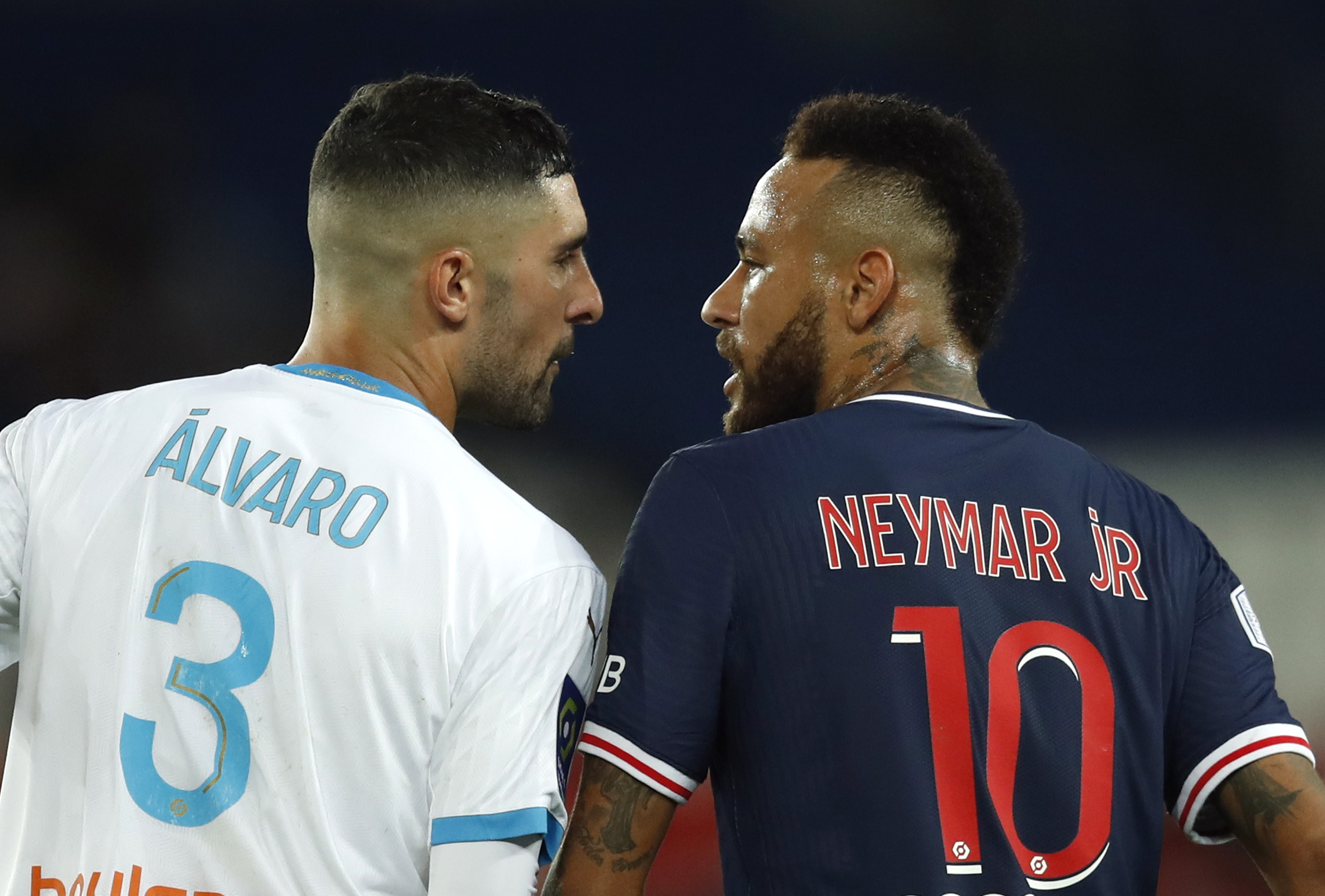 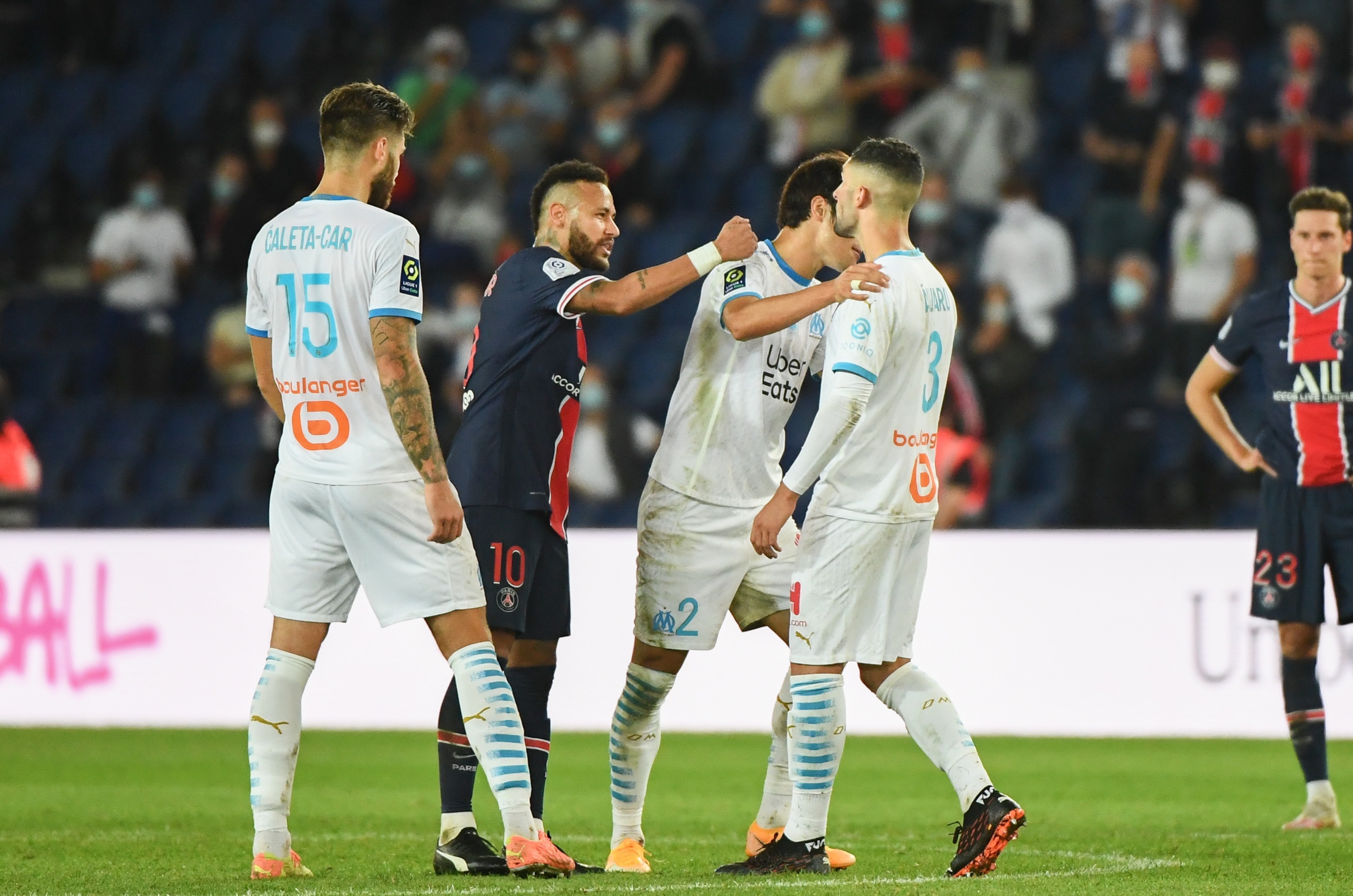 Neymar claimed Alvaro called him a 'monkey son of a b****'.

But after being dismissed by VAR for landing a blow on the back of Alvaro's head, RMC Sport reports the 28-year-old could be suspended for as many as seven matches.

Alvaro issued a strong anti-racism statement on Twitter after the game as he said 'there is no place for racism' alongside a photo with his black team-mates in an apparent denial.

But PSG have publicly backed their star player.

A statement issued on Monday read: "Paris Saint-Germain strongly supports Neymar Jr. who reported being subjected to racist abuse by an opposing player.

"The club restates that there is no place for racism in society, in football or in our lives and calls on everyone to speak out against all forms of racism throughout the world."

French governing body the LFP will review the incident before handing out an appropriate sanction and PSG said they 'look forward' to it 'ascertaining the facts'.

Neymar also took to Twitter to slam Gonzalez saying he is 'not a man', a 'racist' and 'I don't respect you'.

He issued a further statement on his Instagram story on Monday where he explained that he 'revolted' and 'could not leave without doing something'.

He added: "Yesterday I wanted those in charge of the game (referees, assistants) to position themselves impartially and understand that there is no longer such a place for a prejudiced attitude.

"Racism exists, it exists, but we have to stop it. No more, enough!

"I accept my punishment because I should have followed the path of clean football. I hope, on the other hand, that the offender will also be punished.

"The guy was a fool, I also acted like a fool for letting me getting involved in that."

Neymar ditched Nike for Puma to follow in the footsteps of legends like Pele and Diego Maradona and his new boots certainly had an eventful first outing.

END_OF_DOCUMENT_TOKEN_TO_BE_REPLACED

END_OF_DOCUMENT_TOKEN_TO_BE_REPLACED
Recent Posts
We and our partners use cookies on this site to improve our service, perform analytics, personalize advertising, measure advertising performance, and remember website preferences.Ok