Wayne Rooney’s Championship strugglers ended the 2-1 loss with ten-men before a huge on-pitch melee between both teams after the whistle. 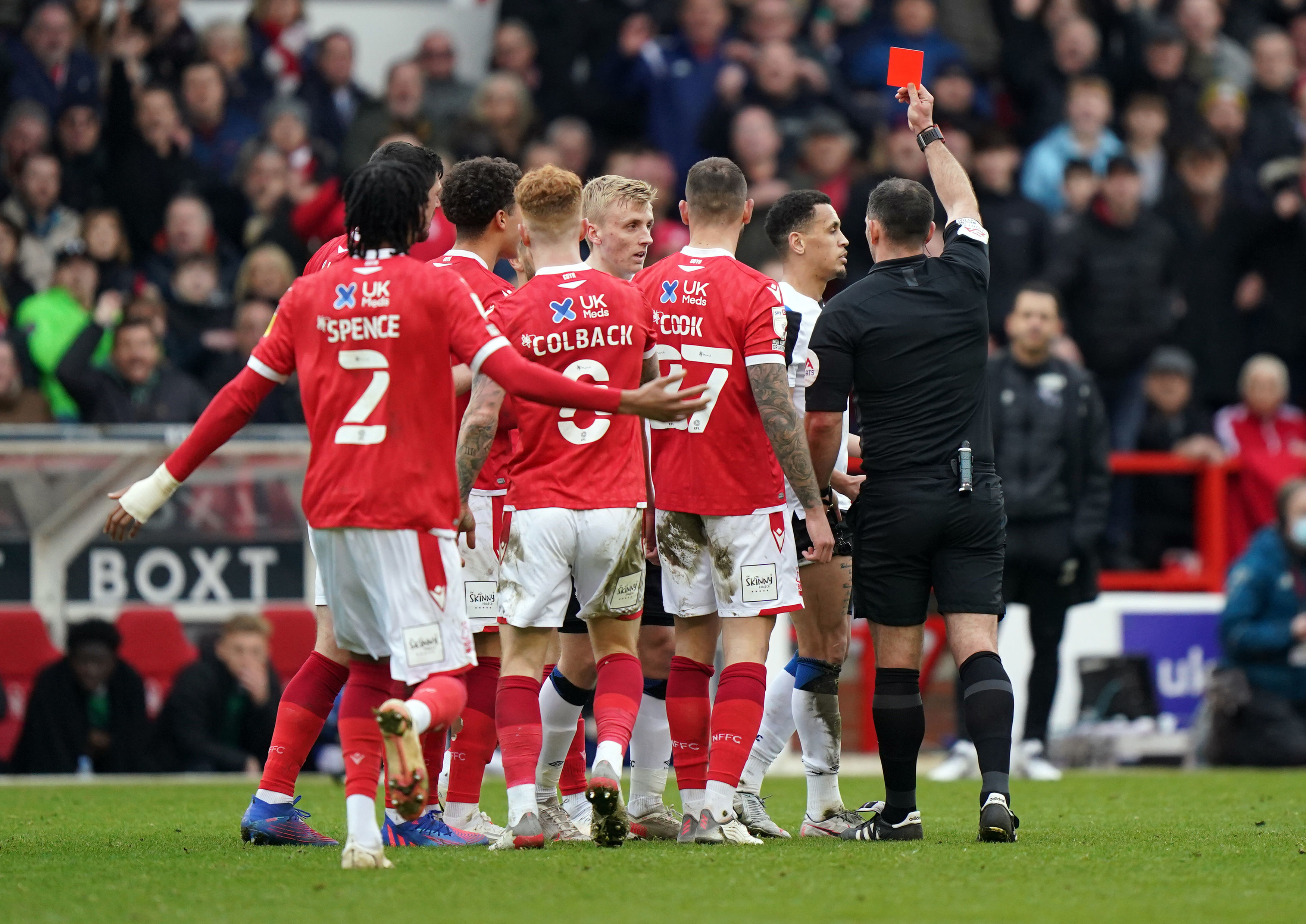 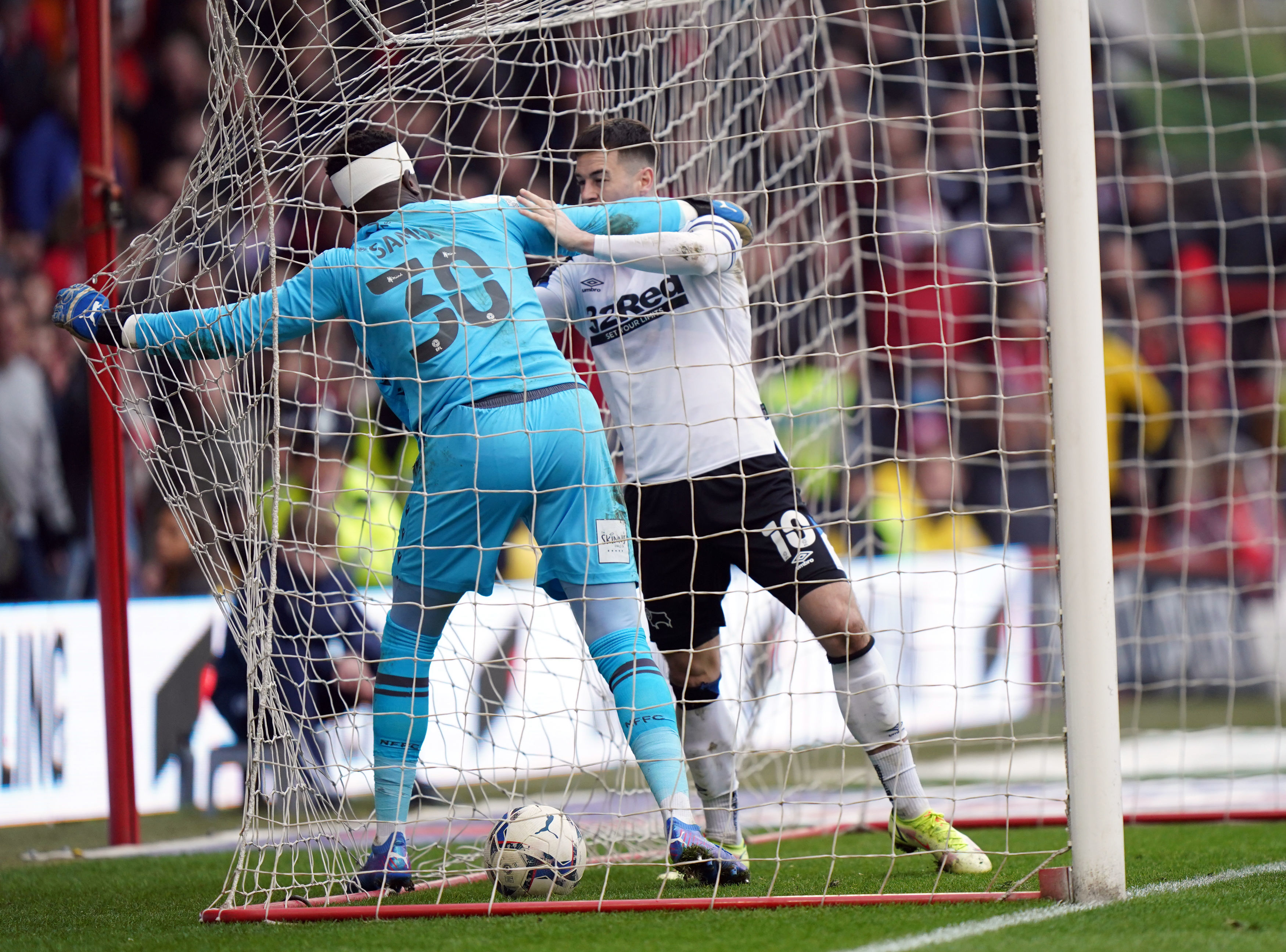 Following a goalless first half at the City Ground, the deadlock was broken when promotion-chasing Forest took the lead moments after the restart through Lewis Grabban.

Brennan Johnson then doubled their advantage with a second in the 88nd minute.

But Derby were handed a lifeline with two minutes to go when they were awarded a penalty.

Captain Tom Lawrence kept his cool to stick it away despite Forest goalkeeper Brice Samba – who was earlier left with a sickening bump on his head after colliding with an opponent – guessing the right way.

But as the goalscorer attempted to get the ball to restart the action, the stopper tried to block him from doing so as trouble soon erupted.

The pair became embroiled in a tangle in the net as players from both sides rushing over as pushing and shoving ensued.

Both Lawrence and Samba were cautioned – but that was only the beginning of the trouble.

Almost instantly the full-time whistle was blown as Forest ensured they had the bragging rights in the Brian Clough derby.

However, even though the game was over, the action was not.

Suddenly a huge fracas broke out on the pitch as both sets of players and substitutes – and Morrison – tangled with each other as tempers boiled over.

Things soon calmed down after the heated exchanges but the Football Association is likely to launch an investigation into the angry scenes. 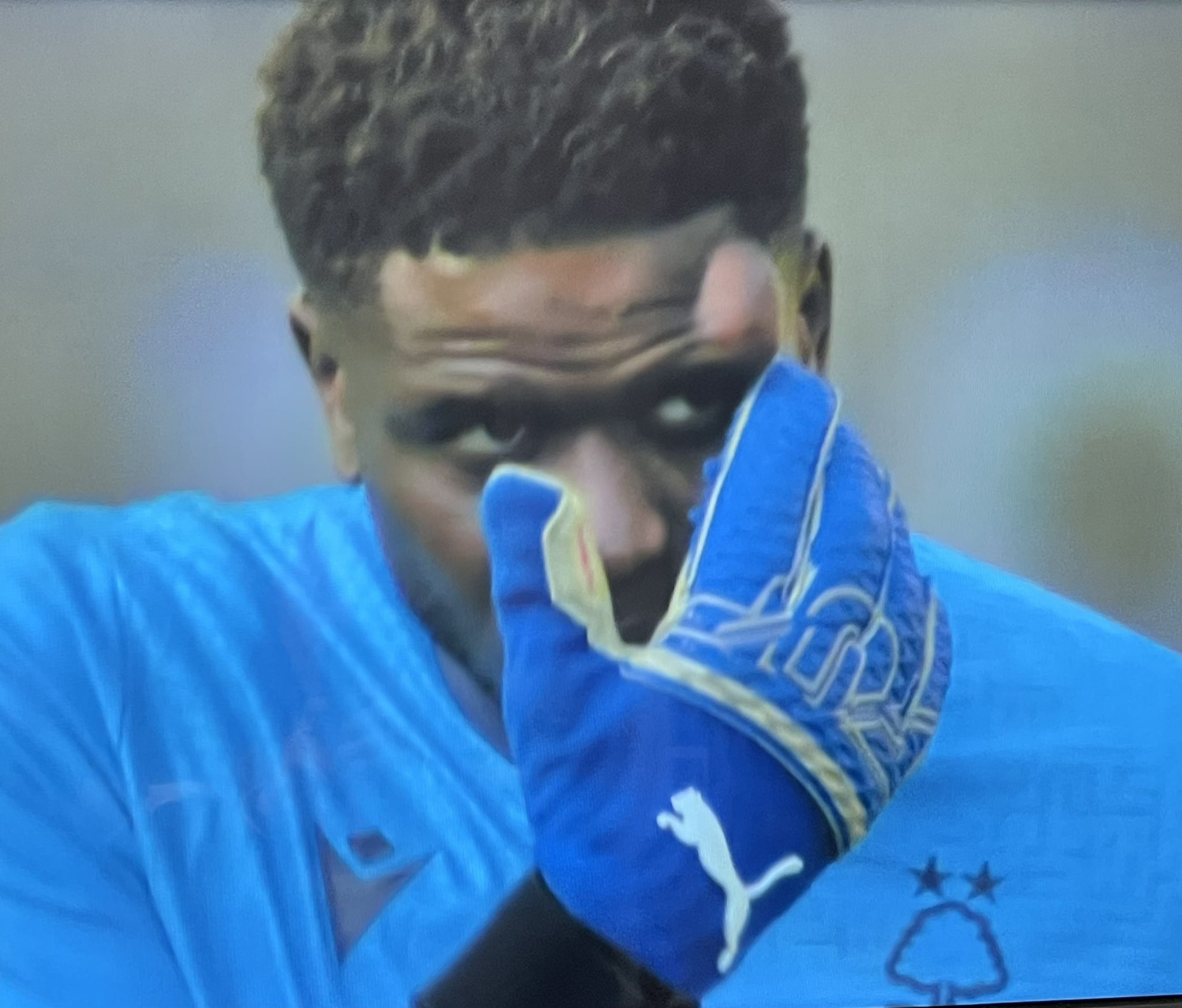 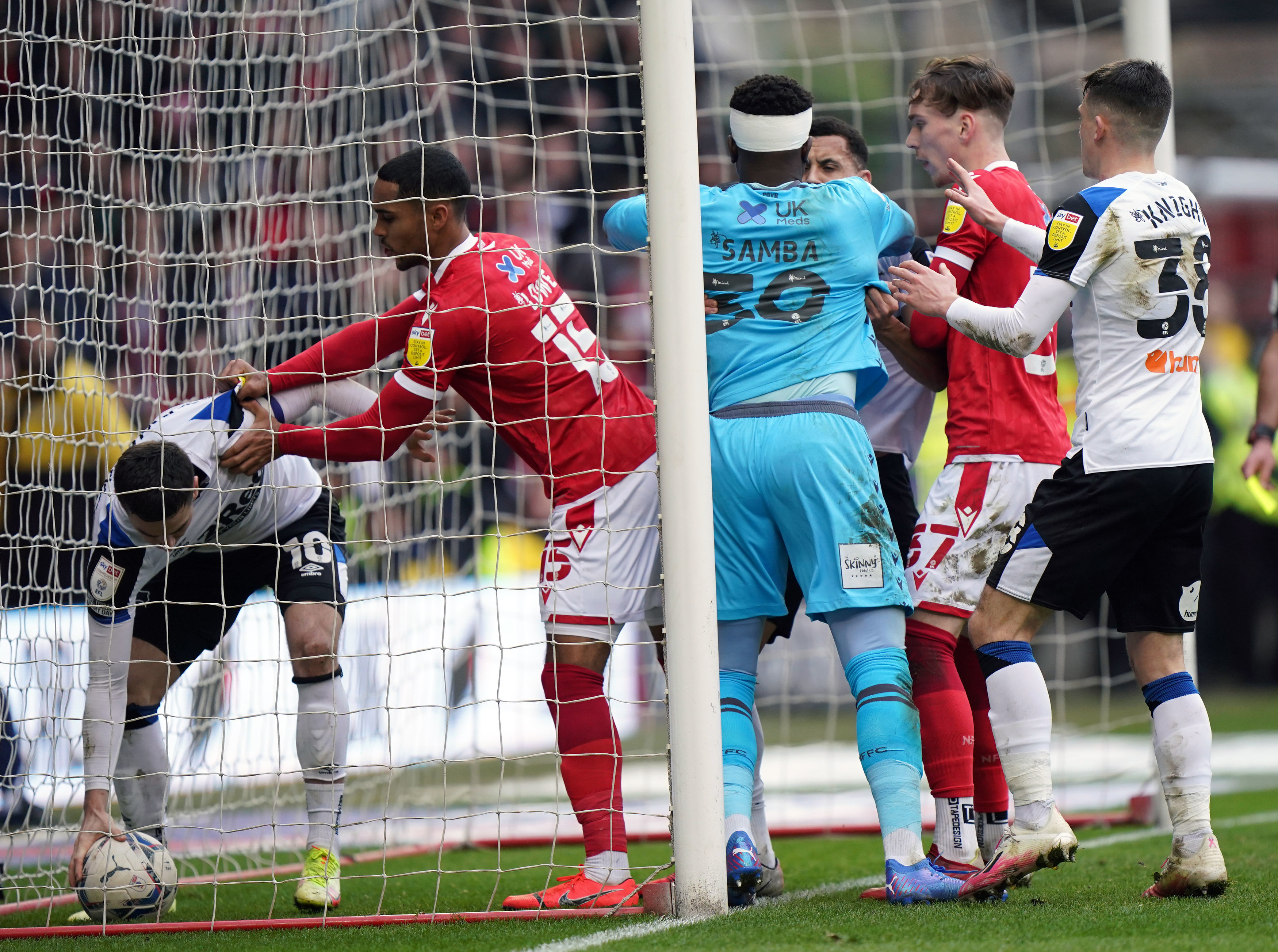 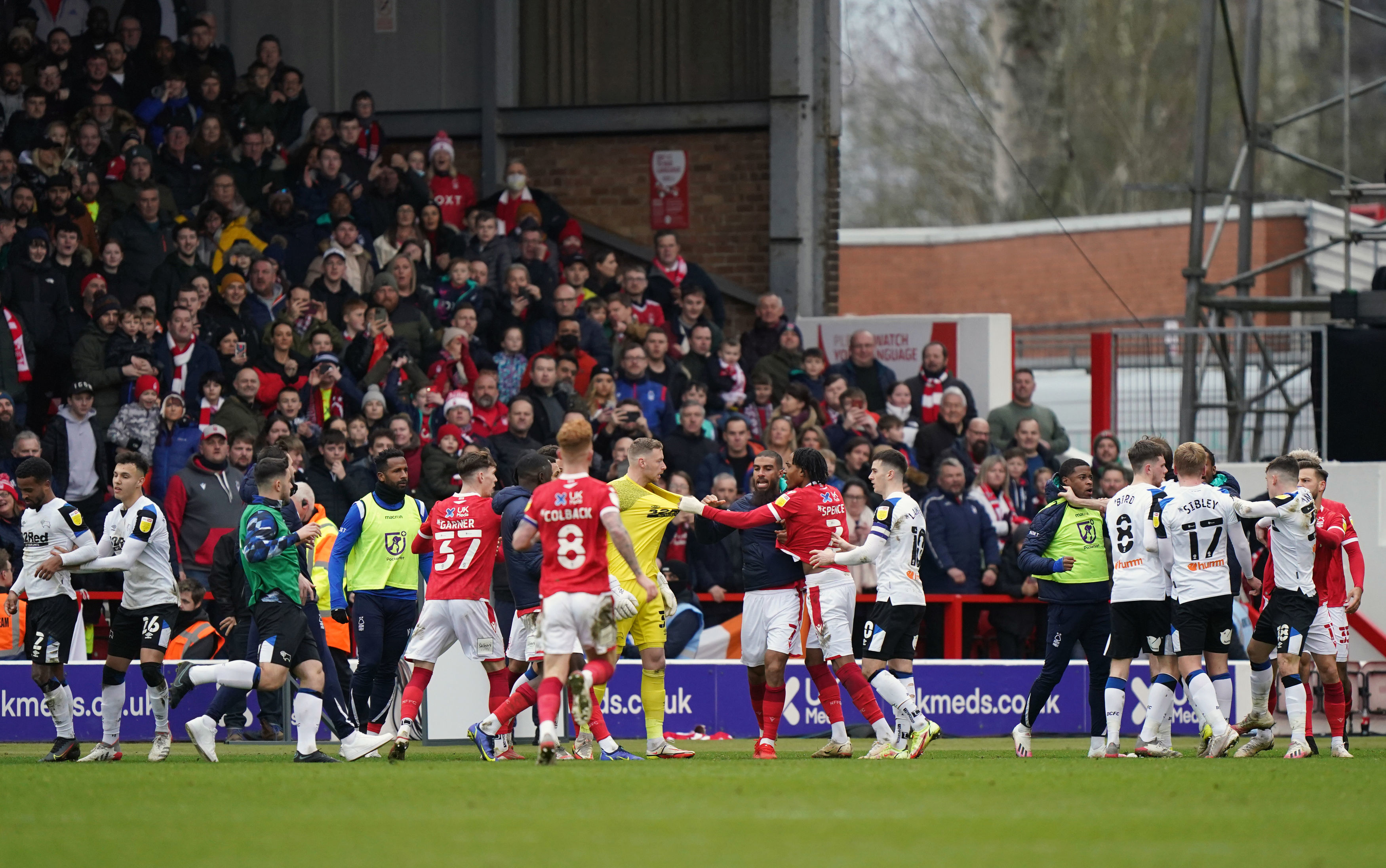