OLLIE POPE was back home for his England comeback and did his usual thing – he scored a bundle of runs at the Oval.

Pope does not just like batting at the famous old ground in South London, he has assembled a non-stop stream of big scores for Surrey. 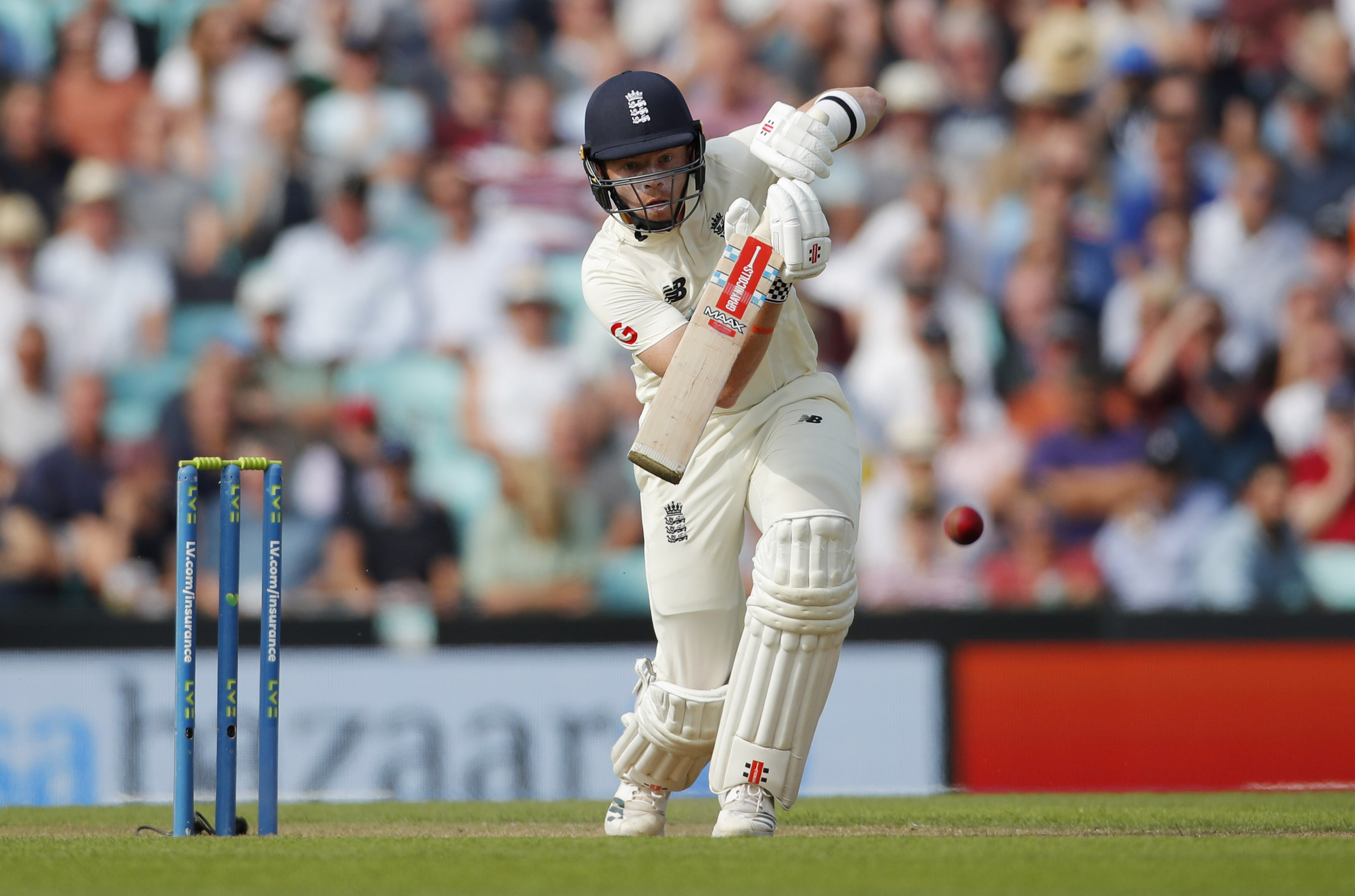 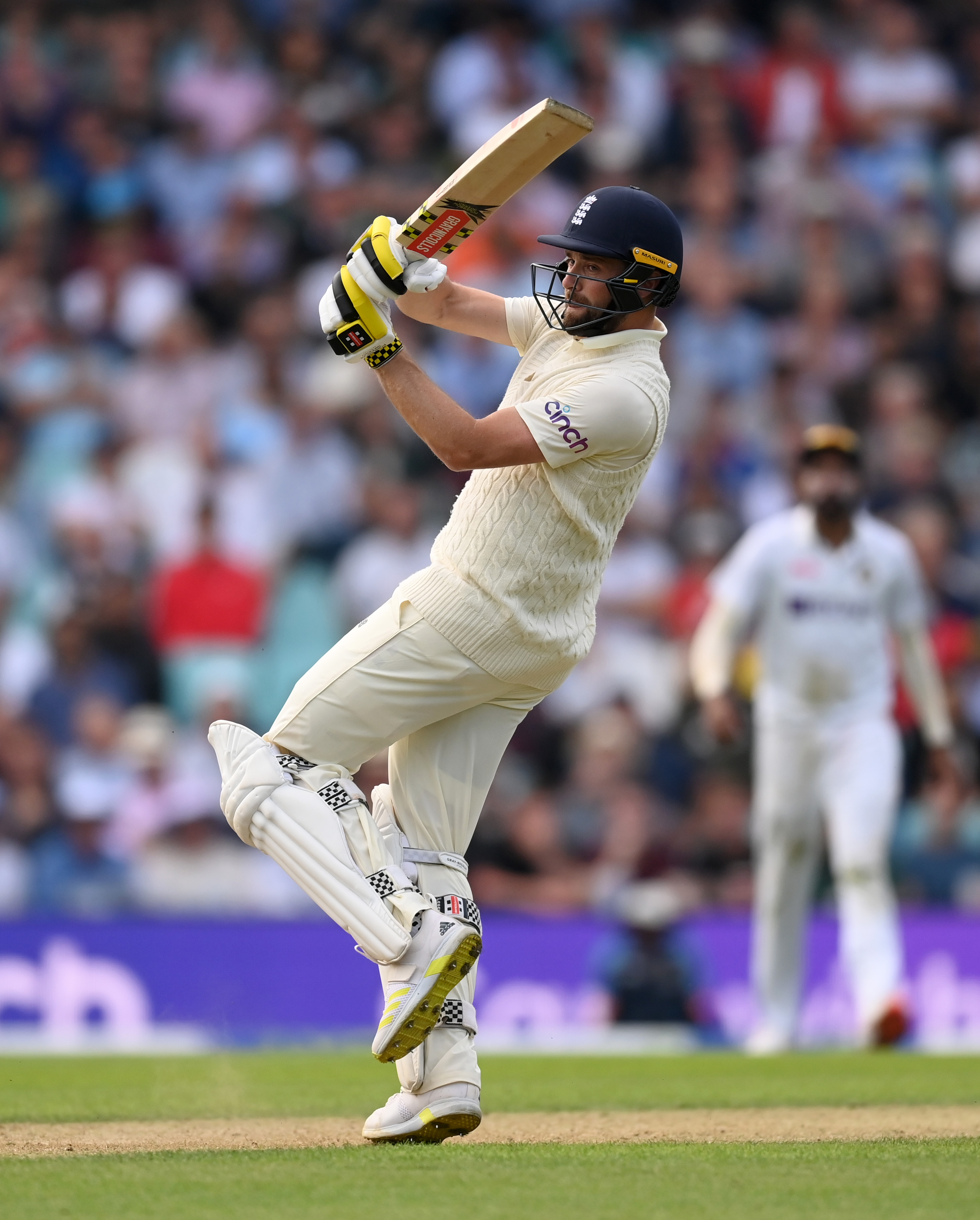 And so, having missed England’s previous three Test matches, Pope returned with a classy, confident innings of 81 in his first Test appearance at the Oval.

He was chiefly responsible for rescuing England from the perils of 62-5 to 290 all out on day two of the Fourth Test and giving a first innings lead of 99 runs.

Amazingly, his innings of 81 actually lowered Pope’s career average at the Oval from just above 100 to 99.40.

Few batsmen in the history of cricket have such a prodigious record at any single venue.. apart, perhaps, from the legendary Aussie batsman Don Bradman on most grounds at which he played.

Chris Woakes, another player returning to England’s team, added a half-century to the four wickets he nabbed on day one.

England are in control but they failed to separate Indian openers Rohit Sharma and KL Rahul in the final 16 overs.

India will resume on Saturday morning on 43-0, still 56 runs behind.

The pitch is starting to look flat so England have plenty of work if they want to take a 2-1 lead in the series.

Pope started his Test career in a way that suggested he would become a superstar but his previous 15 innings failed to bring a half-century.

He missed the first match of this series with a thigh injury and then failed to regain his place even when fit.

But, with Jos Buttler attending the birth of his second child, Pope got the nod ahead of Essex’s Dan Lawrence for this match, partly because of his phenomenal record at the Oval.

Pope has looked frantic in recent innings for England but found a more serene approach here in familiar surroundings.

He has also copied his run machine captain Joe Root and reverted from taking guard on off stumps to a more conventional alignment with middle stump.

Pope said: "I really enjoyed it. My first Test at my home ground was a special occasion for me.

"I would have loved to score a hundred. That’s something you dream about – a century in front of a packed house at your home ground. Hopefully, there will be some more opportunities in the future.” 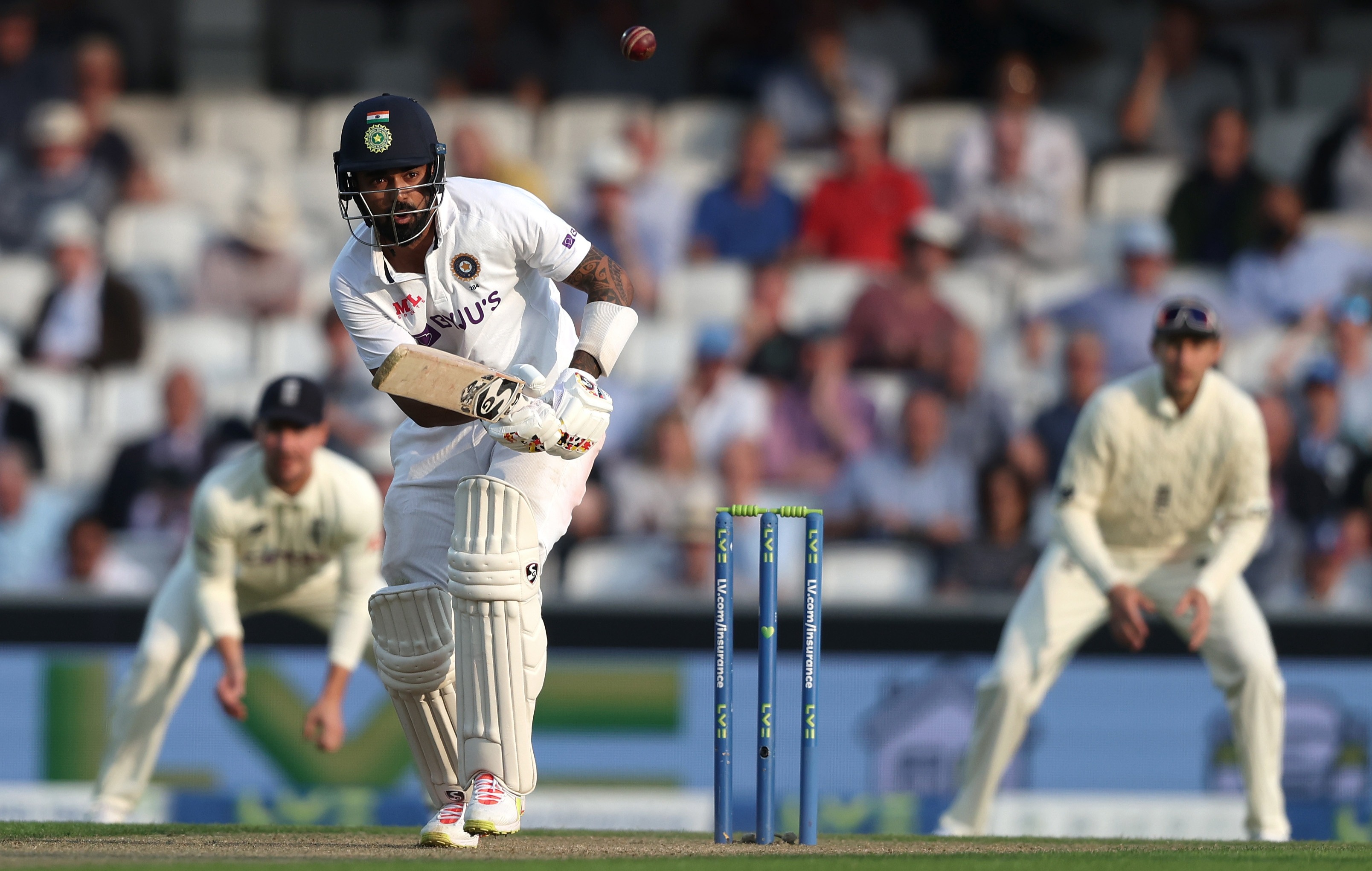 And then Dawid Malan fiddled outside off stump and Rohit Sharma held on at second slip.

Pope announced himself with three fours in the same over off Shardul Thakur – a punch down the ground, clip through mid-wicket and rasping pull shot.

Four leg byes came in the same sequence so England’s total grew by 16 runs in the space of four balls,

Jonny Bairstow helped Pope put on 89 for the sixth wicket and made another useful score – 37 – but once more failed to translate it into something match-defining.

He was out lbw to a nip-backer from Mohammed Siraj and soon appeared to be berating the security operatives in orange below the England dressing-room. Perhaps he felt they had distracted him from behind the arm.

It was an unhappy day for Bairstow, security-wise, because he was the victim of an alleged assault when the unfunny, overweight ‘prankster’ calling himself Jarvo ran into him.

Moeen Ali and Pope put on another 71 for the seventh wicket and took England into the lead,

On 14, Moeen was lbw to a Jasprit Bumrah yorker but nobody appealed, apparently thinking the ball struck Moeen’s bat rather than his pad.

Moeen was playing with increasing fluency but then, on 35, he aimed a huge heave at Ravi Jadeja’s left-arm spin and skied to extra cover. Not the greatest shot.

Pope looked destined for his second Test century but then dragged on, something he had almost done on three previous occasions.

Ollie Robinson was bowled aiming a slog at Jadeja but Woakes and Jimmy Anderson put on 35 for the last wicket, much to the crowd’s amusement.