A RUNAWAY golf cart slammed into a crowd of spectators injuring five spectators at the US Open.

Two fans were taken to hospital after a box fell off the back shelf of a vehicle and landed on the accelerator pedal at Pebble Beach, California. 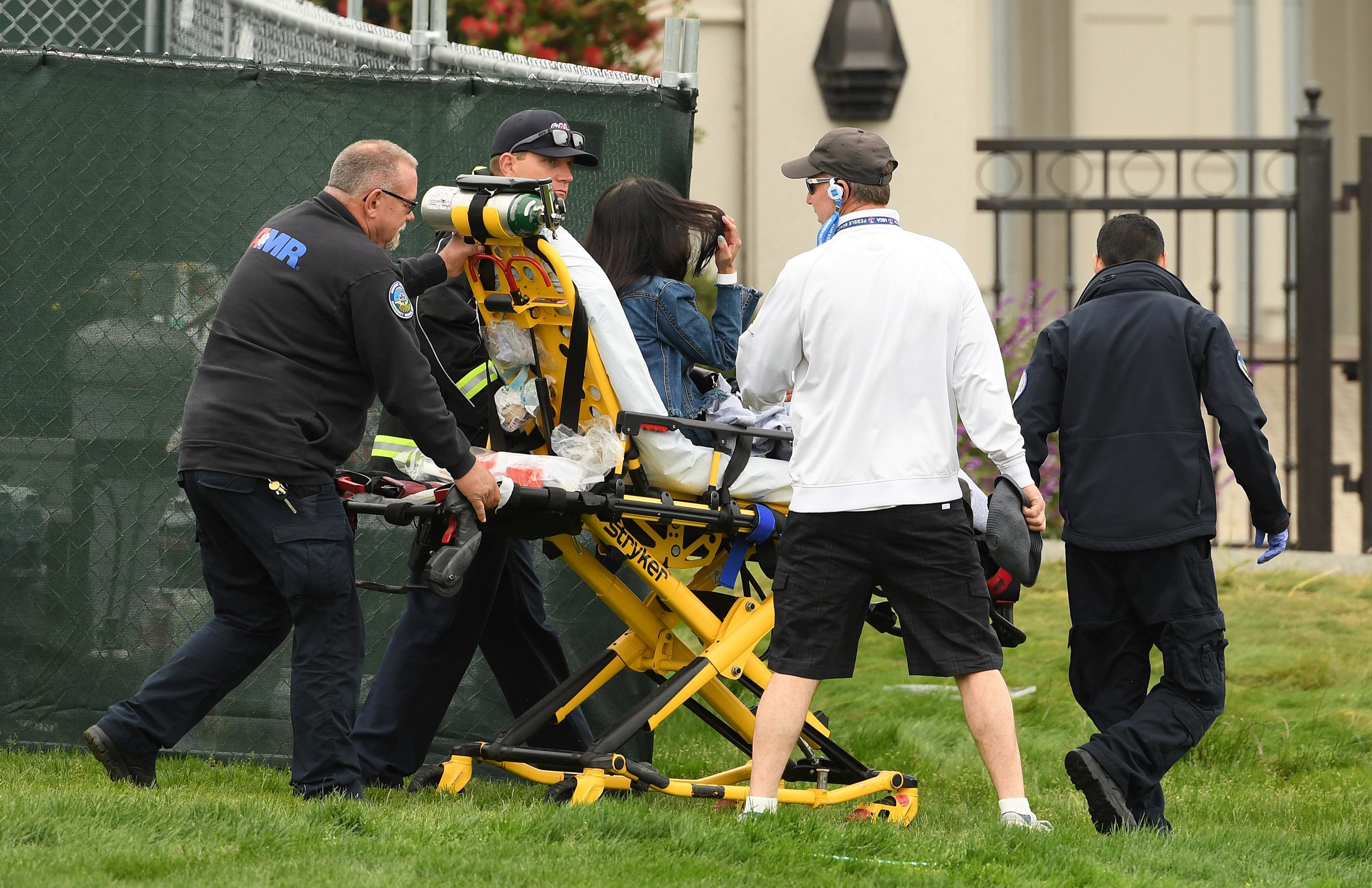 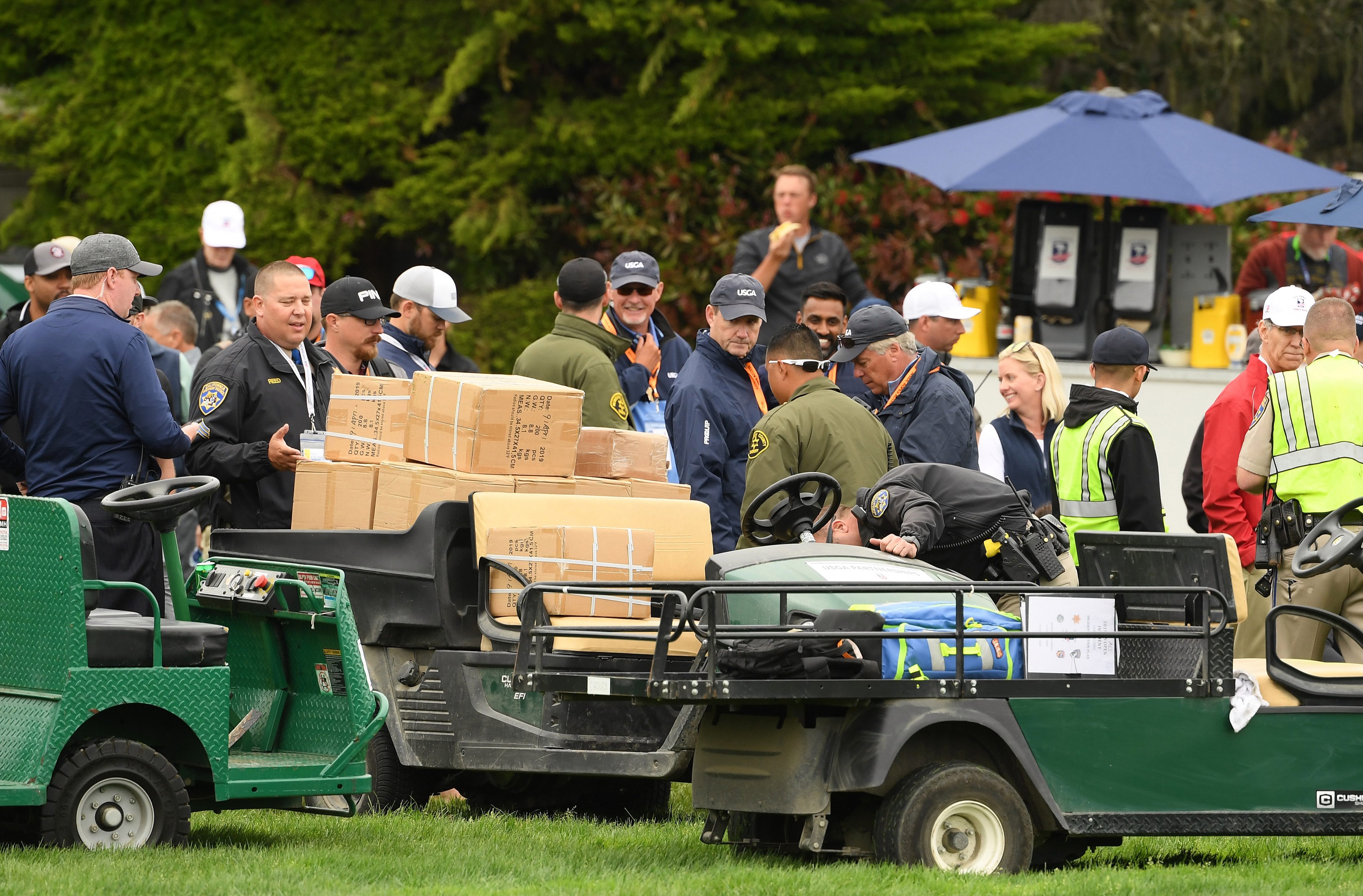 The bizarre incident saw the cart speed around in circles before hitting fans, but a witness revealed it could have been far worse.

Pictures showed injured spectators being taken away on stretchers.

Tournament officials said four people were injured in the incident on the 16th hole, although a California Highway Patrol (CHP) report put the number of injured at five.

The CHP report said that a vendor was loading his golf cart when a box fell on to the vehicle's accelerator and propelled the cart into a group of people.

Two people were taken to hospital for treatment and the injured range in age from 25 to 82.

COULD HAVE BEEN REALLY BAD

“Box fell on the gas pedal of an unattended cart and it ran at full speed in large circles on the 16th fairway, hit at least two people before someone jumped on(ish) and knocked the box off.

“Could have been really bad.”

A statement from tournament organisers the USGA read: "Unfortunately, during today's second round of the US Open there was an incident involving a golf cart on the 16th hole that resulted in three spectators and a vendor being injured and requiring medical treatment.

"We will continue to monitor their conditions."

Justin Rose set a hot pace at Pebble Beach before Gary Woodland took a nine under par lead, two shots ahead of the Englishman. 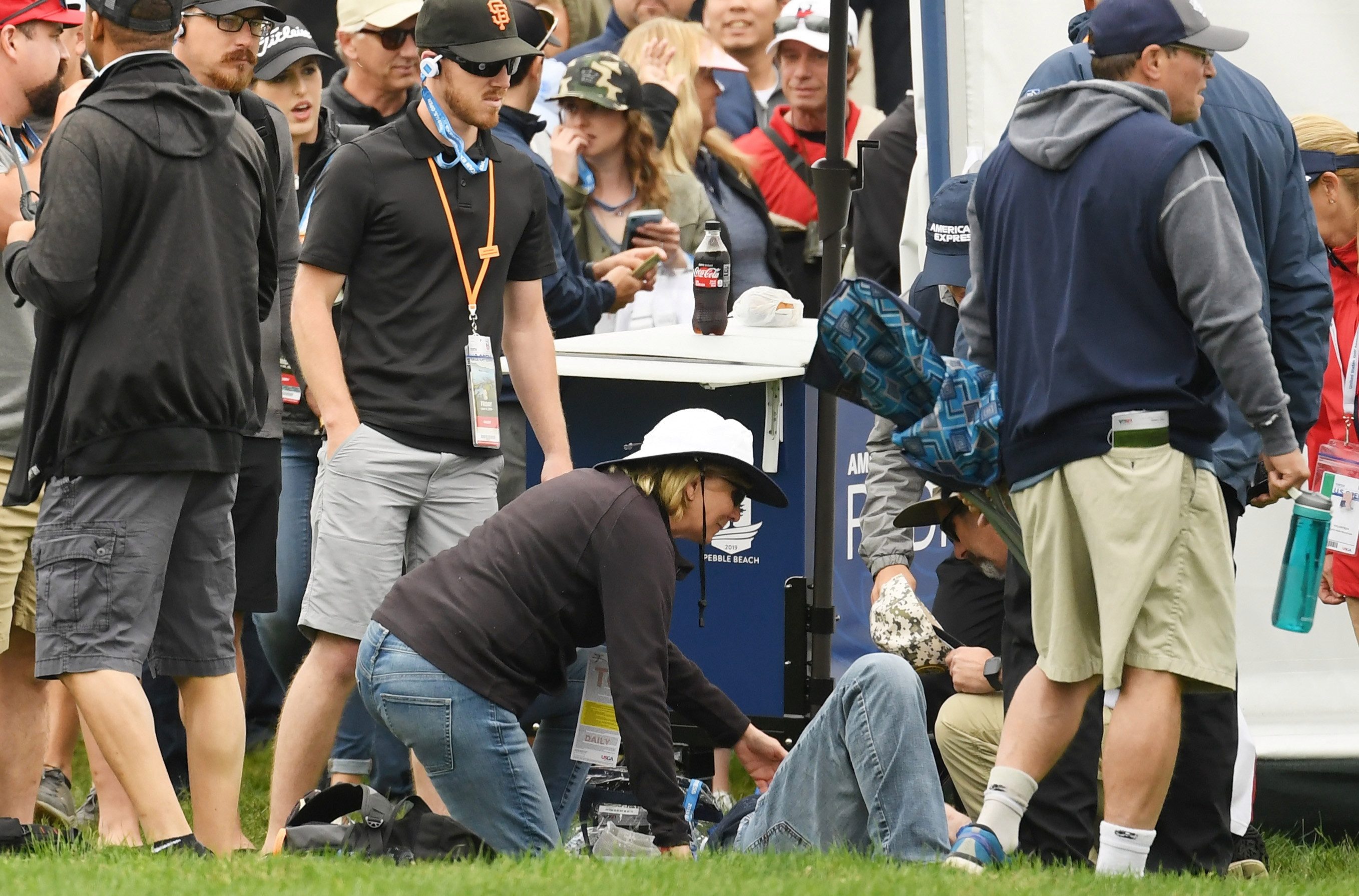