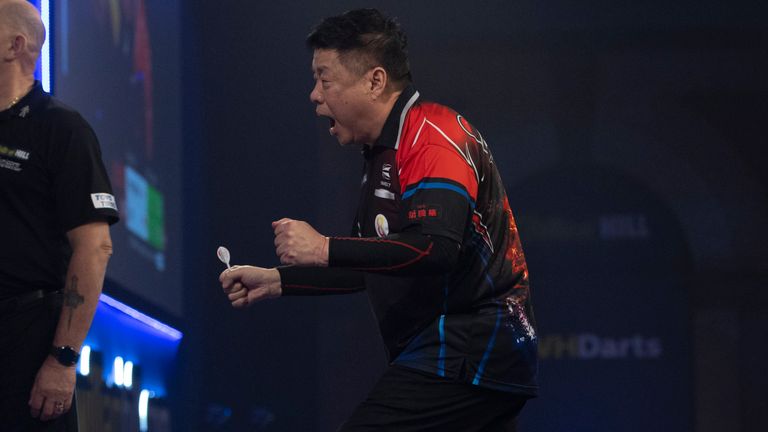 Lim, who had played in 12 World Championships by the time Humphries was born in 1995, produced the display of the tournament so far to fight back from 2-0 down and send the 25-year-old packing on a memorable night. 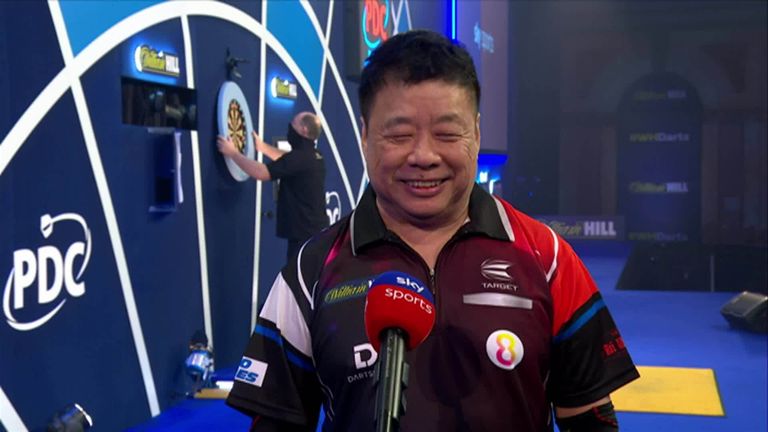 Humphries had looked to be heading into a third-round showdown with Dimitri Van den Bergh but, playing in a World Championship for the fifth decade, Lim produced his best darts to claim the third set and then defy a missed match dart from Cool Hand in the fourth set to level and force a decider.

It was there that Lim took his chance, an astonishing fourth leg proved pivotal as Humphries missed 12 darts for a 2-1 lead and Lim took full advantage to seal just a second win at the World Championship since 2001 in memorable fashion.

“At the end of it, it was a battle and I just kept telling myself to put pressure on him because if I didn’t pressure him, then everything would come easy. I dug deep and it paid off,” Lim told Sky Sports. 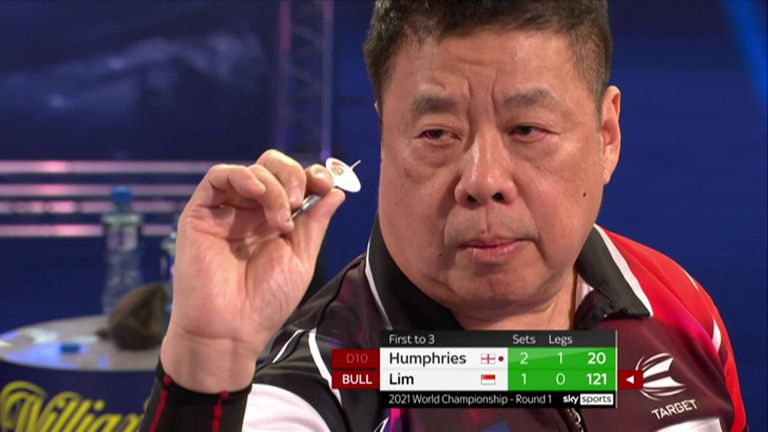 “The previous PDC World Cup just a couple of months ago I was supposed to be there too, I was all prepared to go but then it was very unfortunate that the Singapore team had to pull out because my partner couldn’t make it due to the lockdown in Austria.

“I was prepared for that but all I can say is that it’s so tough right now. Everywhere, the whole world is difficult. I have a lot of time on the dartboard and a lot of time to think and prepare myself.

“I was very glad that we had a chance and glad that I had a chance to win the qualifier. I said to myself, maybe something good is going to come of it and it did.”

James Wade’s bid for a first World Championship title got off to the perfect start as The Machine swept past Callan Rydz in the final match of the evening.

Wade has never gone beyond the semi-final and the last time he reached the last four was at the 2013 tournament, but having reached the final of the Grand Slam he is in the sort of form to go at least one better. It showed in a potentially tricky looking contest against 22-year-old Rydz as Wade swept to the first set with the first three legs in routine fashion. He followed up by claiming the second set with typical efficiency.

An improved Rydz had forced a fifth leg decider, but with the youngster poised on a finish, Wade took out a classy 100 check-out to take a 2-0 lead, which he converted into a 3-0 success and a showdown with either Stephen Bunting, Deta Hedman or Andy Boulton.

As Darth Maple I have to say Paul Lim is my Yoda, now having played a World Championship match in 5 different decades. My friend, hero and inspiration. @SkySportsDarts

After storming to the stage in a blur of Dutch trance music and brandishing an aubergine, Dirk van Duijvenbode dug himself out of a huge hole to fight back and see off highly-rated world youth champion Bradley Brooks in a thriller to open the evening session. 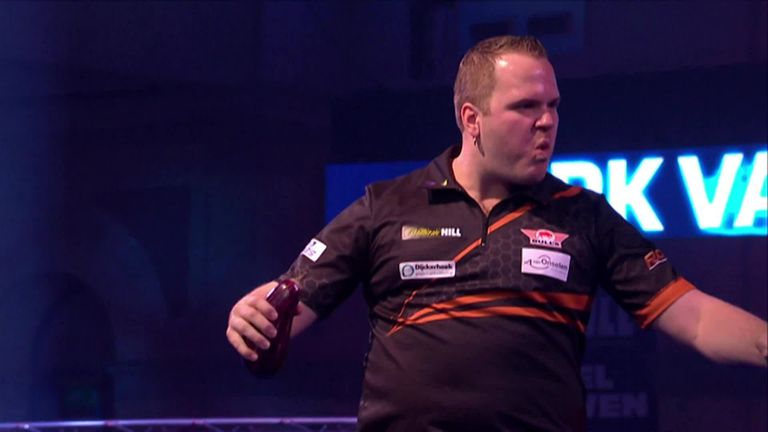 Twenty-year-old Brooks was making his debut in the tournament, while Van Duijvenbode was back five years after his debut following a superb year on the Pro Tour.

The Dutchman secured his Tour Card for a third time in January and reached the final of the World Grand Prix just a couple of months ago, but it was Brooks that settled first – and in spectacular fashion.

Bam-Bam Brooks averaged 109 to win the first three legs in just over five minutes and doubled his lead by claiming the second set in nerveless fashion as the occasion looked to be getting to Van Duijvebode.

You showed the world how good you can be mate. You brightened the stage up! Good luck for 2021! https://t.co/JNM38hu1vV

The aubergine farmer from Katwijk aan Zee in the Netherlands lost the first leg of the third as Brooks stood two legs away from a memorable victory, but Van Duijvenbode put on the afterburners.

A barrage of 180s saw him claim six of the next seven legs to level the contest at 2-2, and three more followed in quick succession as Brooks’ early form deserted him and Van Duijvenbode stormed into a mouthwatering second-round date with the 2018 champion Rob Cross. 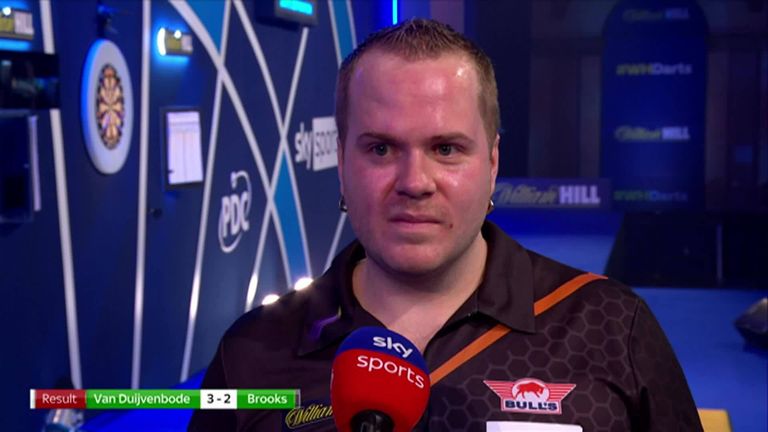 A bumper afternoon of action saw Jamie Hughes become the first seed to fall as Adam Hunt followed up his win over Lisa Ashton to dump the 28th seed out in the second round. 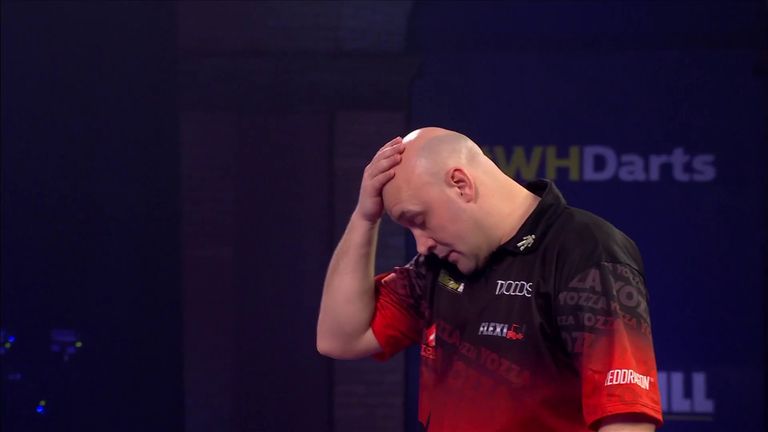 Hunt ended Ashton’s hopes of a first World Championship victory with a thrilling 3-2 success on Wednesday night, but he had no such trouble against an out-of-sorts Hughes who averaged in the mid-70s as he was beaten 3-0 and won just two legs.

The Hunter will now face either Dirk van Duijvenbode or Rob Cross in the third round as he looks to keep a best-ever run at the World Championship going. 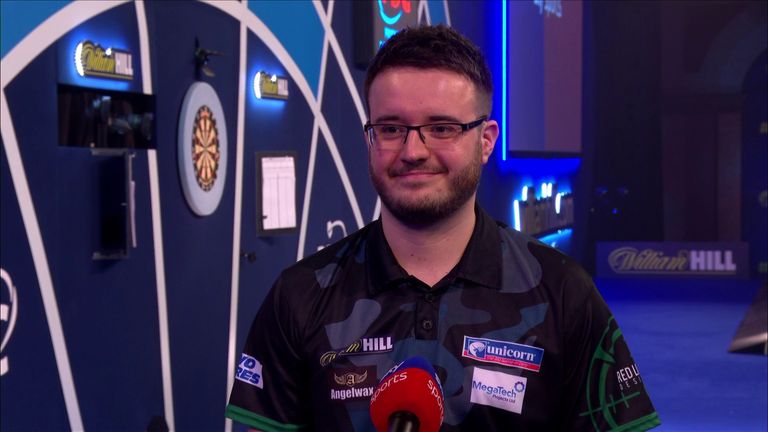 Sorry to everyone that wasn’t me I have an operation booked in for my elbow in January going to be away 12 weeks and then try to come back stronger than ever!!

Wayne Jones came through the match of the first session, seeing off a fightback from talented Irishman Ciaran Teehan for a 3-2 win and a date with Joe Cullen after Christmas, 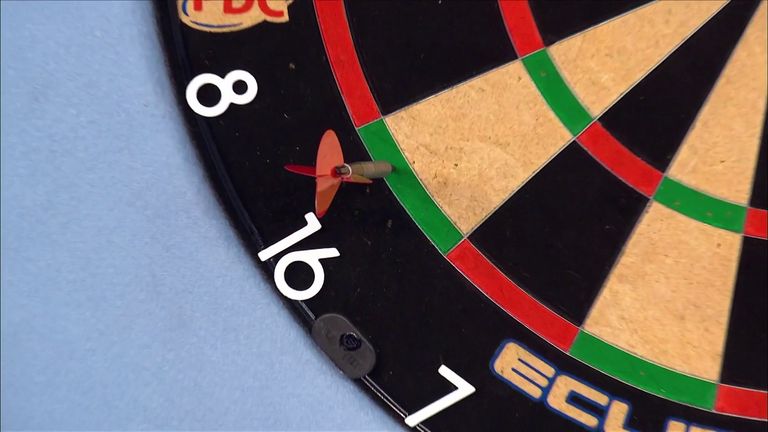 It was the Wanderer’s first win at Alexandra Palace since December 2011 while Micky Mansell has been waiting even longer having not won a match in his previous five attempts at the Worlds.

He stormed past New Zealand’s Haupai Puha to set up a meeting with Ricky Evans, while last year’s quarter-finalist Darius Labanauskas was a 3-0 winner over China’s Chengan Lui and will face Simon Whitlock in the second round.

Friday’s other winner was John Henderson who came through a scrappy contest with Finland’s Marko Kantele, but eventually saw off the veteran thanks to a 3-2 win that sets up a date with World Cup winner and 17th seed Jonny Clayton on Sunday night. 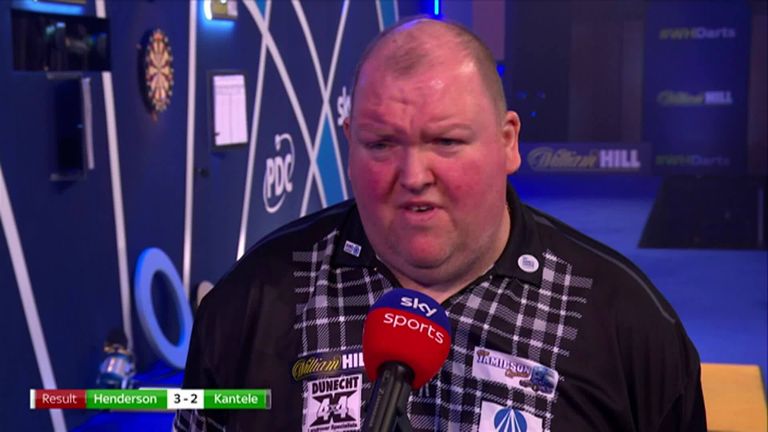 Henderson wasn’t at his best but managed six 180s throughout the contest only for missed darts at the outer ring to cost him after a dominant first set. A tenacious Kantele plugged away and every time the Highlander forged an advantage his opponent fought back to take the match into a deciding set where Henderson eventually had the class to prevail

Don’t miss a dart this Christmas thanks to the dedicated Sky Sports Darts channel all the way until January 4 with every session from the World Darts Championship, including the final on Sunday, January 3. Check out daily Darts news on skysports.com/darts, our app for mobile devices and our Twitter account @skysportsdarts

END_OF_DOCUMENT_TOKEN_TO_BE_REPLACED

END_OF_DOCUMENT_TOKEN_TO_BE_REPLACED
Recent Posts
We and our partners use cookies on this site to improve our service, perform analytics, personalize advertising, measure advertising performance, and remember website preferences.Ok