MANCHESTER UNITED could miss out on a staggering £111million in matchday income this season if fans are forced to stay away from Old Trafford.

Football fans were dealt a bitter blow on Tuesday after the Government announced they had "paused" plans to allow supporters back into stadiums to reduce the spread of coronavirus. 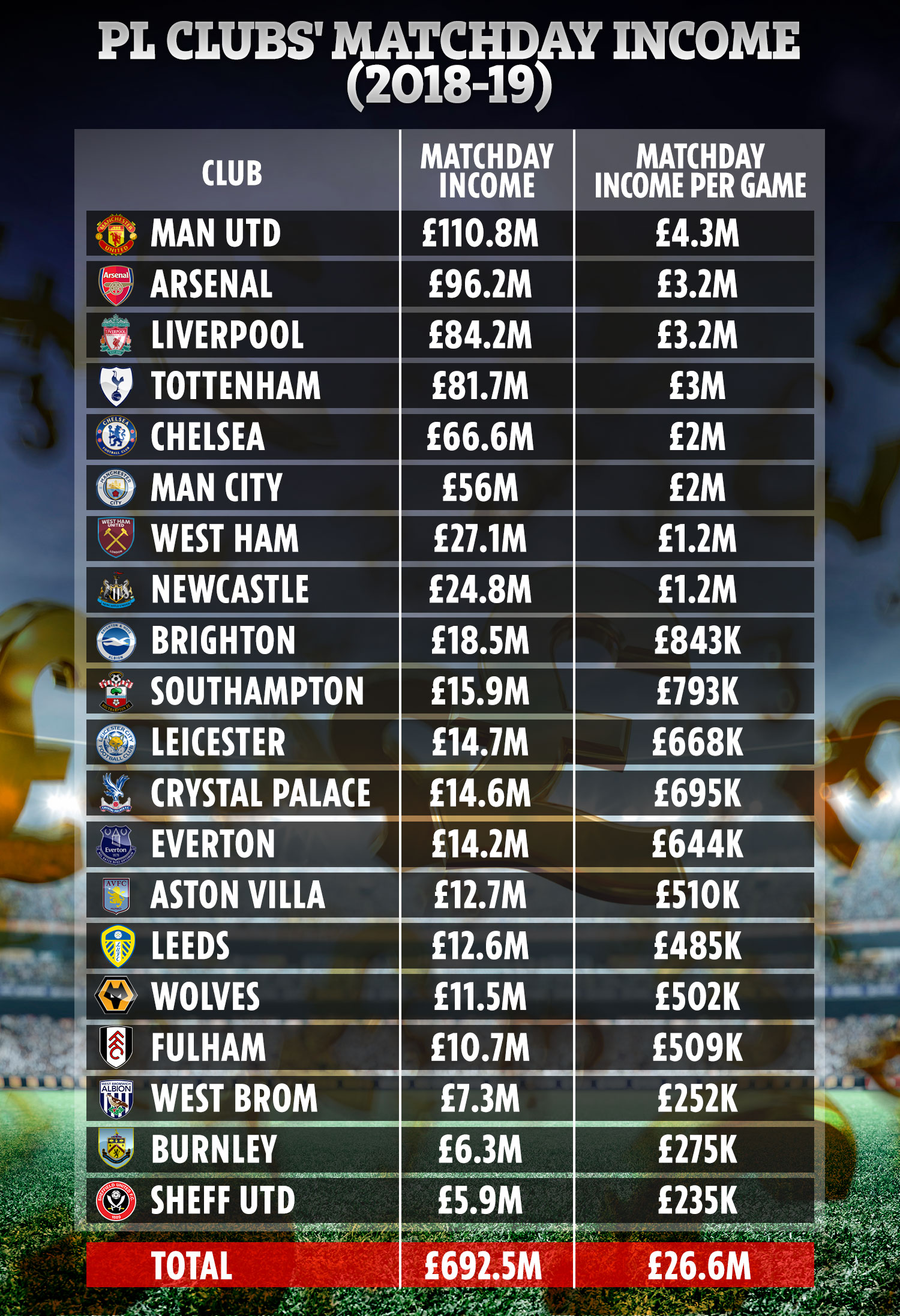 But clubs will be even more frustrated, with some top-flight sides set to miss out on over £100m this season alone.

The most-recent figures regarding matchday income are from the 2018-19 season.

And they show that the current Premier League teams made a combined £692.5m solely from their home games in 2018-19.

Arsenal, Liverpool and Tottenham all raked in over £80m that season from home games.

The Gunners cashed in £96.2m from Emirates matches, while the Reds and Spurs pocketed £84.2m and £81.7m respectively.

Chelsea (£66.6m) and Manchester City (£56m) were the only other two teams to make over £50m from matchday income two seasons ago.

But even last-placed team in terms of matchday income – Sheffield United, then in the Championship – made close to £6m. 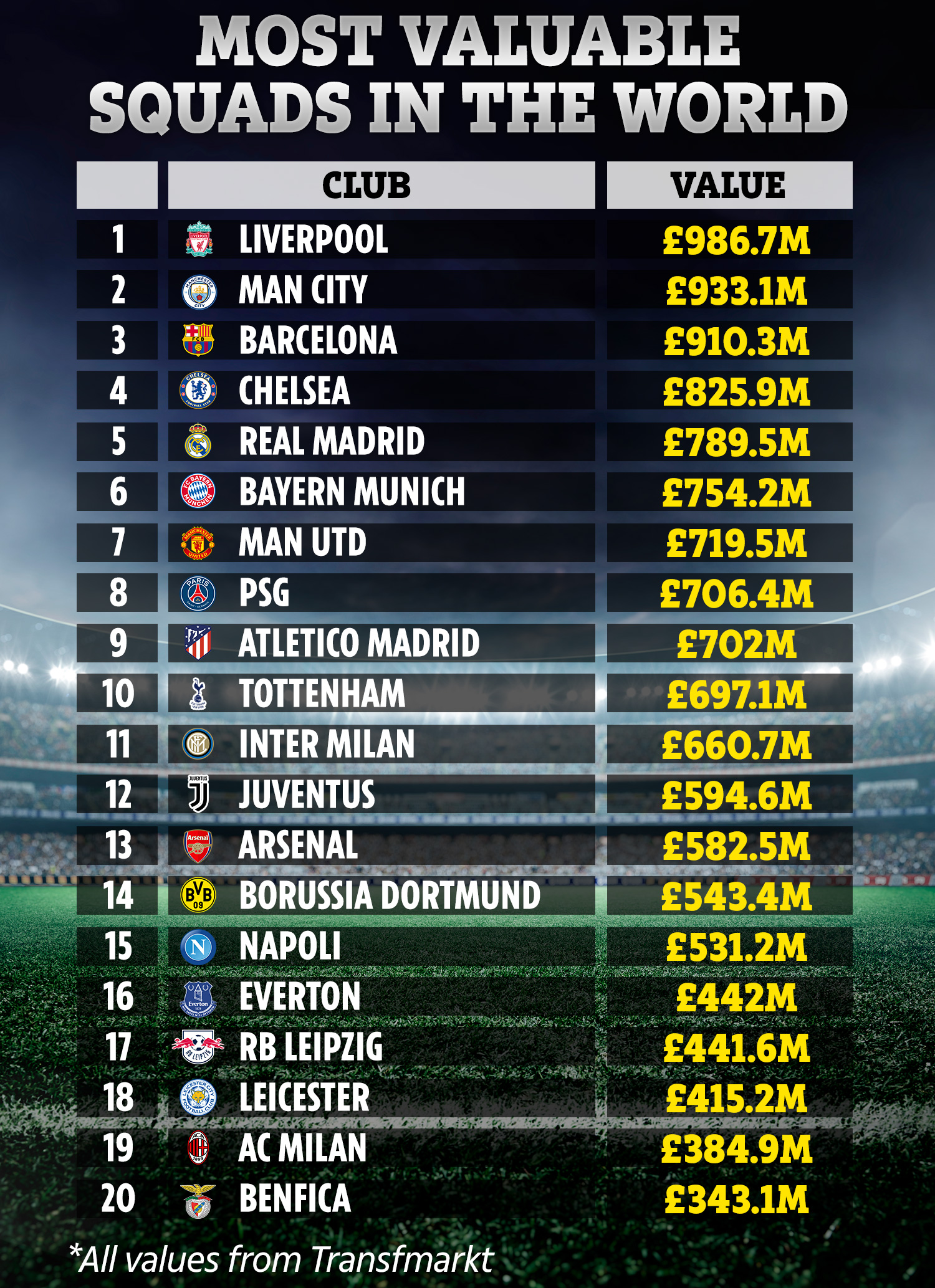 With inflation on things such as ticket costs, food and drinks, that number COULD be have been even higher in 2019-20.

But even if the entire season isn't played behind closed doors, clubs will still be hit hard in the meantime.

United, for example, made £4.3m per matchday in 2018-19, with Arsenal, Liverpool and Spurs all over the £3m per home game barrier.

END_OF_DOCUMENT_TOKEN_TO_BE_REPLACED

END_OF_DOCUMENT_TOKEN_TO_BE_REPLACED
Recent Posts
We and our partners use cookies on this site to improve our service, perform analytics, personalize advertising, measure advertising performance, and remember website preferences.Ok