Home » Sport » Premier League vs NFL vs NBA vs LaLiga: Battle of most-watched sports leagues in the world and their staggering revenue

Premier League vs NFL vs NBA vs LaLiga: Battle of most-watched sports leagues in the world and their staggering revenue

THE NFL generated nearly twice as much revenue as the Premier League last season.

Incredible statistics have helped to solve the age-old debate over which league is the biggest in the world. 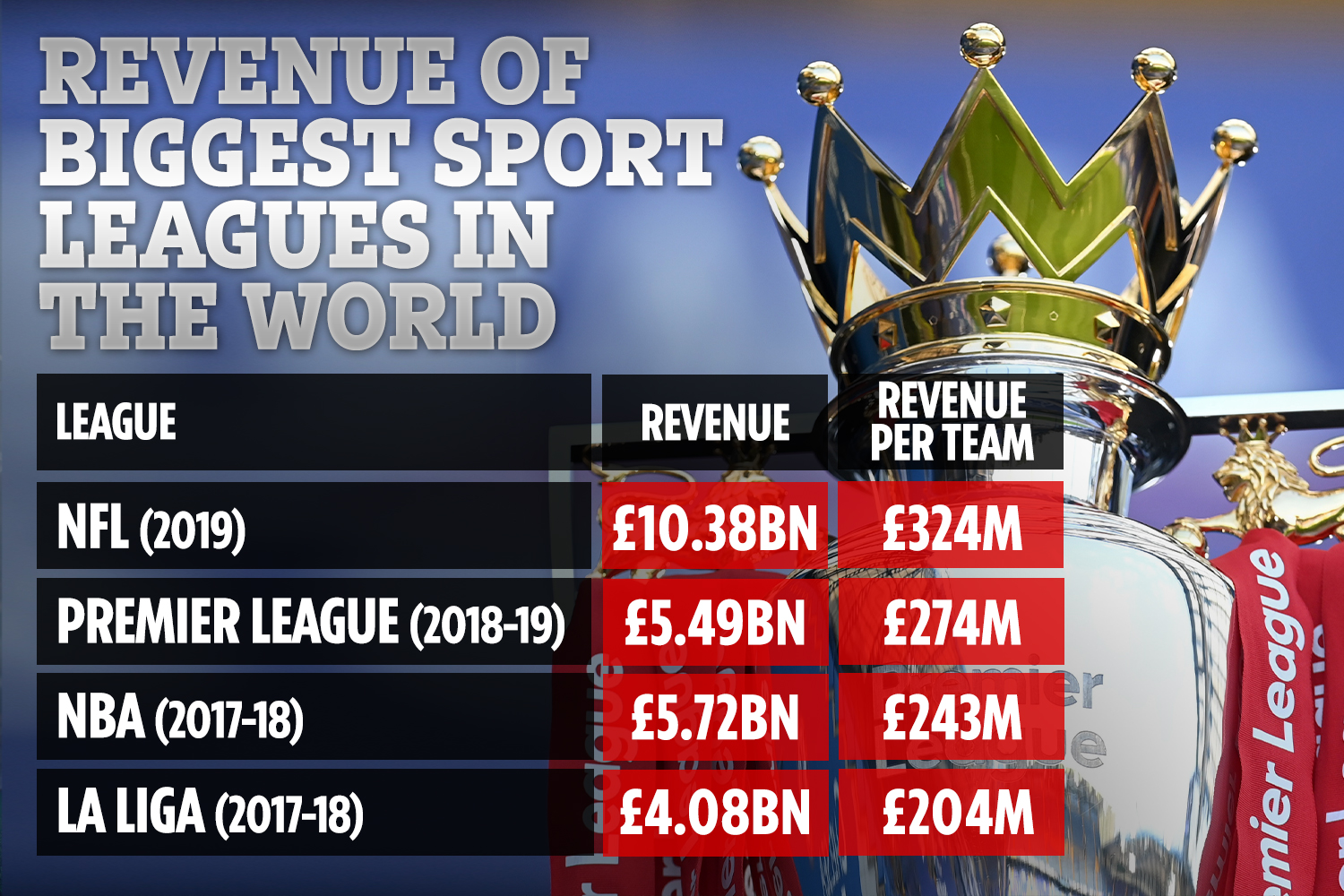 There are four main leagues from three different sports that have made the shortlist.

England's top-flight is the wealthiest league in world football – but it has a long way to go until it closes the gap on the NFL.

Stats, provided by SQAF, show the Premier League generated a revenue of £5.49billion during the 2018-19 campaign.

And the league's attendance figures were lower than that of the NFL and NBA.

Around 14.5million fans attended matches last season – averaging out at 38.168 per game.

That is the lowest figure out of all four of the league's in question.

But their attendance record for that season sits at 10.2million.

The 2018-19 season was a memorable year for the Toronto Raptors as they became champions for the first time in their history.

And their mindblowing attendance figures show 17million fans made their way to matches last year.

Patrick Mahomes is said to be the highest-paid player in the league, with an average annual salary of £41m.

The NBA has the highest attendance figures on record.

Statistics show that basketball games during the 2018-19 were attended by 22million fans.

However, their revenue produced last season of £5.72bn.

END_OF_DOCUMENT_TOKEN_TO_BE_REPLACED

END_OF_DOCUMENT_TOKEN_TO_BE_REPLACED
Recent Posts
We and our partners use cookies on this site to improve our service, perform analytics, personalize advertising, measure advertising performance, and remember website preferences.Ok