RACHAEL BLACKMORE returns to England one week on from her 'never-before-seen' Cheltenham incident to ride the huge favourite in the Betfair Chase.

Grand National winner Blackmore, 32, stunned the racing world with her miraculous win on Gin On Lime at Cheltenham last Friday. 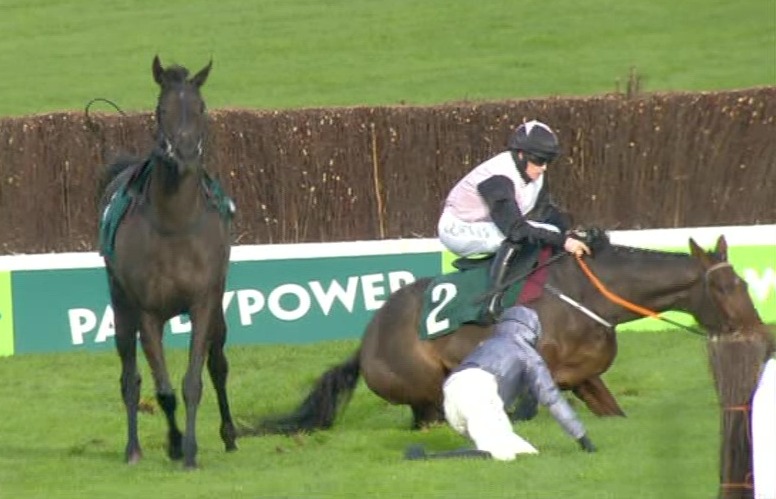 That horse, and sole rival My Drogo, both fell at the penultimate fence of their 2m4f chase.

But whereas Harry Skelton was sent flying from My Drogo, Blackmore somehow stayed on her mount, got her back to her feet, rousted her to jump the final fence and won – only to get a ticking off from stewards.

Punters, pundits and former pros were blown away by Blackmore's skill, with many saying they had never seen anything like it – and likely never would again.

Well now Blackmore is back to land another major prize in the Betfair Chase at Haydock on Saturday.

And she has the plum ride on big 6-4 favourite A Plus Tard.

Blackmore finished second in the Cheltenham Gold Cup on that horse last March, having given up the ride on winner Minella Indo.

She will no doubt want revenge for that mistake on Saturday, where she will look to deny Haydock hero Bristol De Mai a record-equalling fourth win in the race.

Cheveley Park Stud's Chris Richardson, owner of A Plus Tard, said the Henry de Bromhead-trained runner looks in good form ahead of his season debut.

He told the Racing Post: "A Plus Tard is in great form and the ground is going to be ideal.

"It looks a good place to start in a competitive race against the likes of Bristol De Mai, who has so much experience and has won the race three times."

Betfair's Barry Orr said: "It’s shaping up to be a real cracker and punters are backing A Plus Tard to give Ireland a first victory in the race and thereby deny Bristol de Mai a record-equalling fourth win in the race.

"It’s a vintage renewal made all the more interesting by the continued support for, A Plus Tard, who is now 6-4 from 13-8.

"Bristol de Mai is steady at 10-3 while the real springer in the field has been Waiting Patiently.