RANGERS star Glen Kamara has been a target for booing and jeering from Czech SCHOOLKIDS as he returns to Prague in the colours of the Ibrox side.

Gers boss Steven Gerrard said pre-match he had been given assurances there would be no carry-over from the high profile racism row which saw Ondrej Kudela, of city rivals Slavia, banned for ten matches for racially abusing Kamara in a Europa League tie at Ibrox last season. 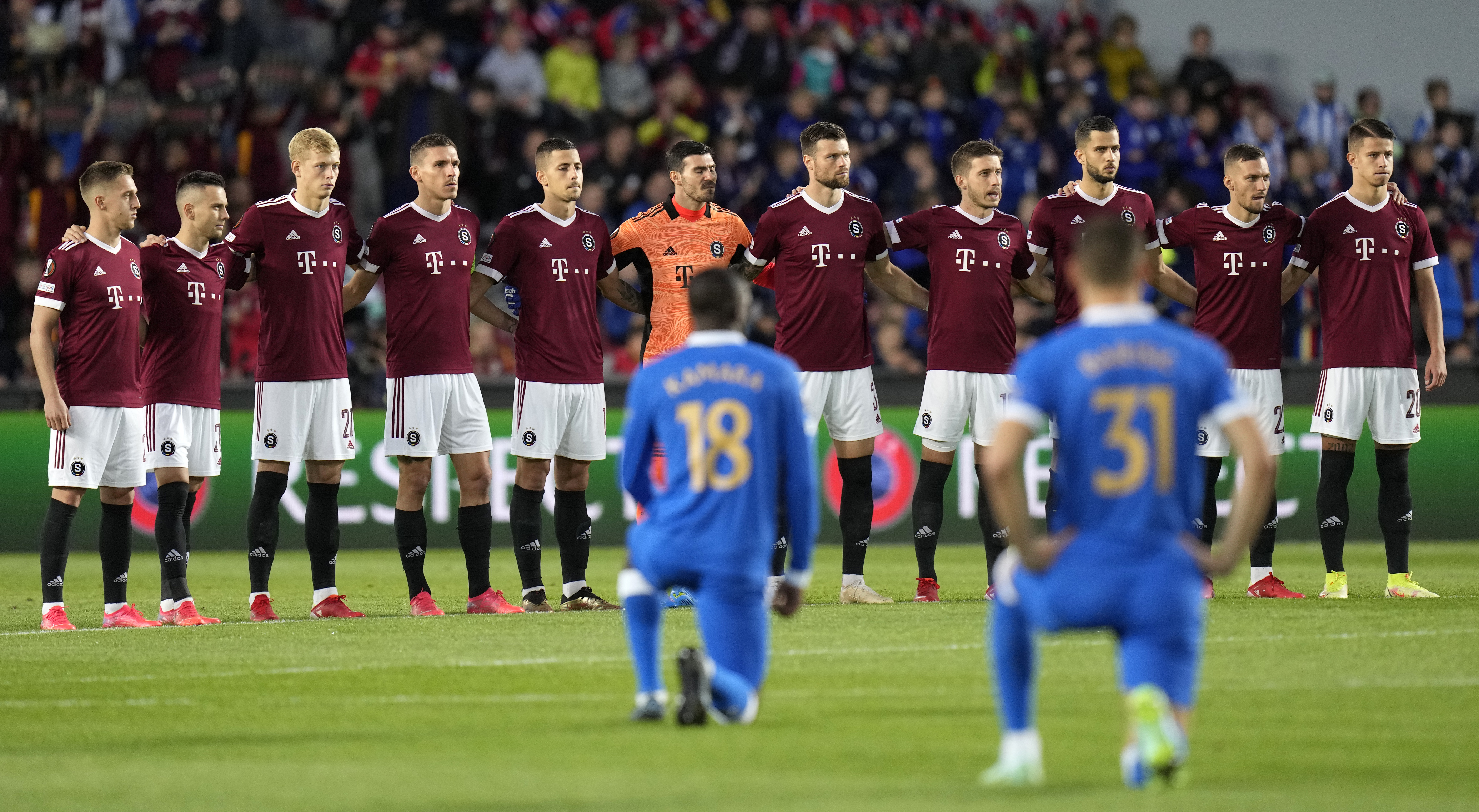 Uefa originally insisted on this match being played behind closed doors – after their fans were found guilty of another racist incident Monaco star Aurelien Tchouameni.

But they relented to let 10,000 kids into the arena – with the only adults allowed to accompany them being their guardians.

And within minutes Gerrard's hopes fell on deaf ears as those at the ground clearly identified Kamara being singled out for boos from the Czech crowd.

While Gers other black stars such as Kemar Roofe, Fashion Sakala and Joe Aribo all seemed to get treatment, it was more pronounced when Kamara was on the ball.

The news came after Gers aace Kemar Roofe was accosted and labelled a “butcher” by a man who asked if he was going to “injure another goalie” in tonight’s Europa League game against Sparta Prague.

The striker – who was also victim of racist taunts online from Slavia fans after the match last season – was confronted outside the airport in the Czech capital after Steven Gerrard and his players had flown in from Glasgow.

The male filmed Roofe walking towards the team coach before approaching him to say: “Hey mate. Have you come to injure another goalie? Butchers from Glasgow.”

A Rangers security official then stepped in to stop the incident from spiralling.

Roofe kept walking on to the bus and didn’t appear to respond to the male.

The comment referred to Rangers’ Europa League tie with Sparta’s great rivals Slavia Prague earlier this year when Roofe was sent off for kicking goalkeeper Ondrej Kular in the head.

Speaking before the match, Gerrard had sought to downplay the row, saying: “I’ve spoken to the majority of my players in the last couple of days and we spoke about the game.

“Glen and Kemar, who were affected from the last game, are in a good place and looking forward.

“Both of them want to come and put in a performance for the team so there’s no apprehension as far as I’m concerned.

"I have had assurances that everything’s going to be fine.

“We know it’s not totally out of the game or eradicated, and that there’s still more work and more education to be put in place.

“But, in my position, you can only talk and say certain things, push and support.

“It’s for people who are in higher places than me to make the difference and the change.