RUGBY player Josaia Raisuque was incredibly sent off for celebrating his French side's victory by LIFTING up the referee.

After man in the middle Laurent Millotte blew for full-time, Nevers winger Raisuque celebrated victory over Beziers by hoisting the official high. 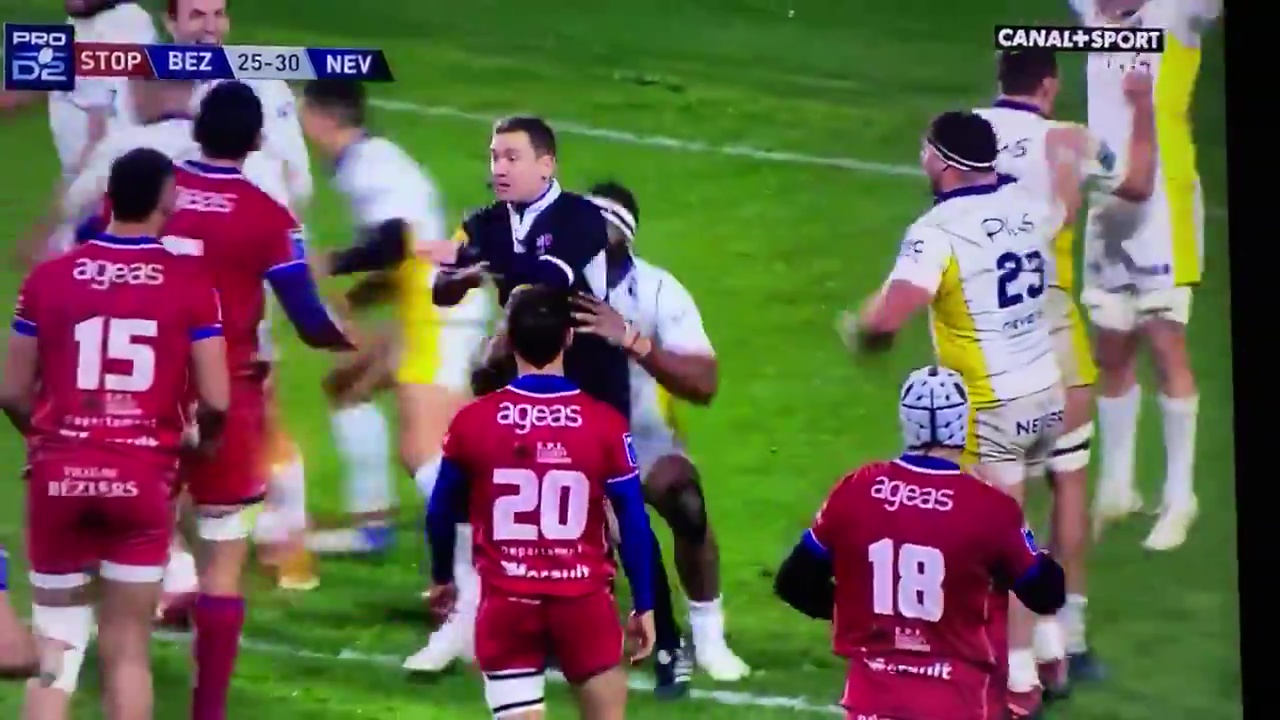 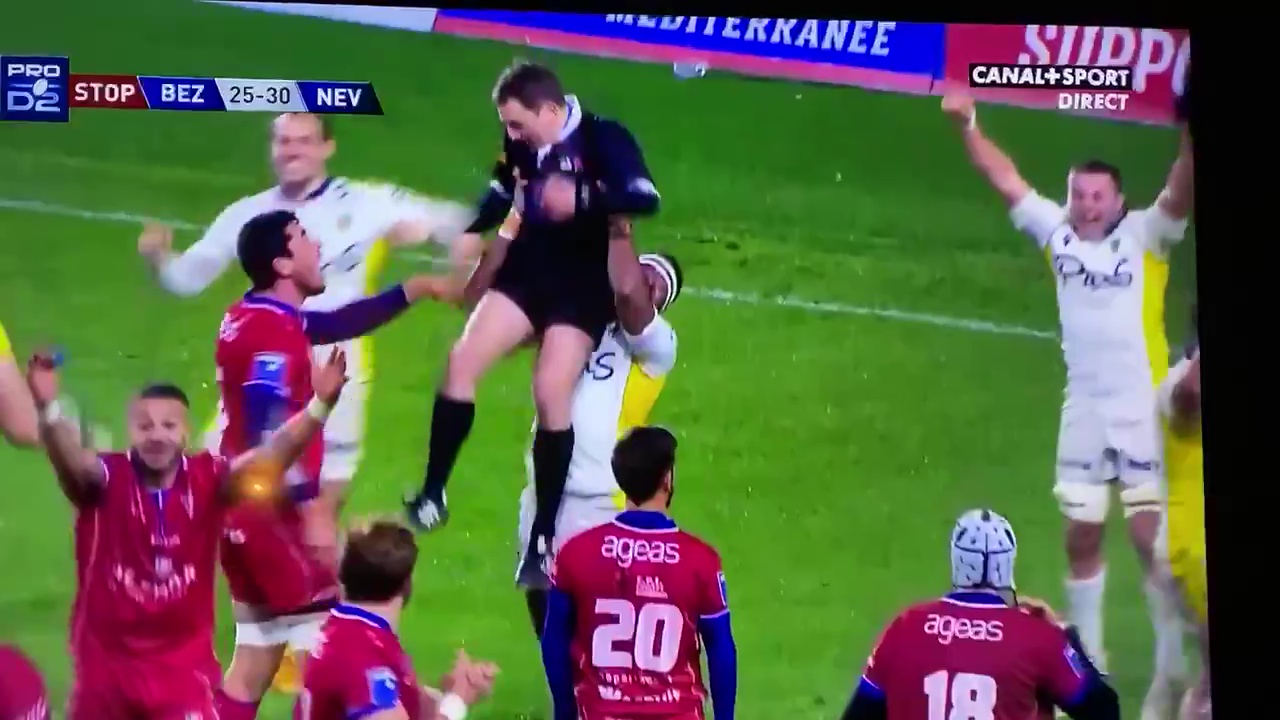 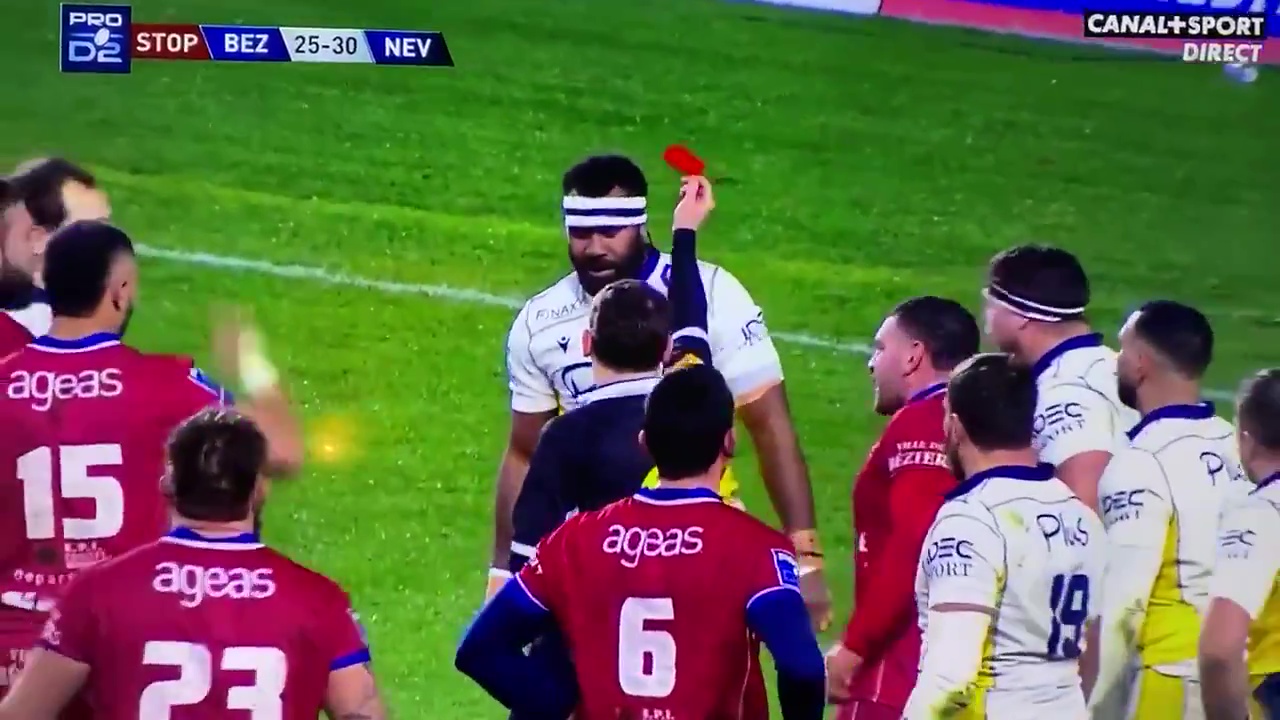 The French ProD2 match ended 30-25 to the visiting side but the Nevers flyer was given a red card for manhandling the dumbstruck ref – despite pleading his innocence.

Beziers players were incensed when the match official was held aloft in front of their faces after a narrow defeat had been confirmed.

The bizarre incident sparked a big reaction from both sides in the second tier of rugby union across the channel.

Even Raisuque's own coach Xavier Pemeja was fuming at his player's extraordinary actions.

"What happened at the end there it’s going to be very bad." 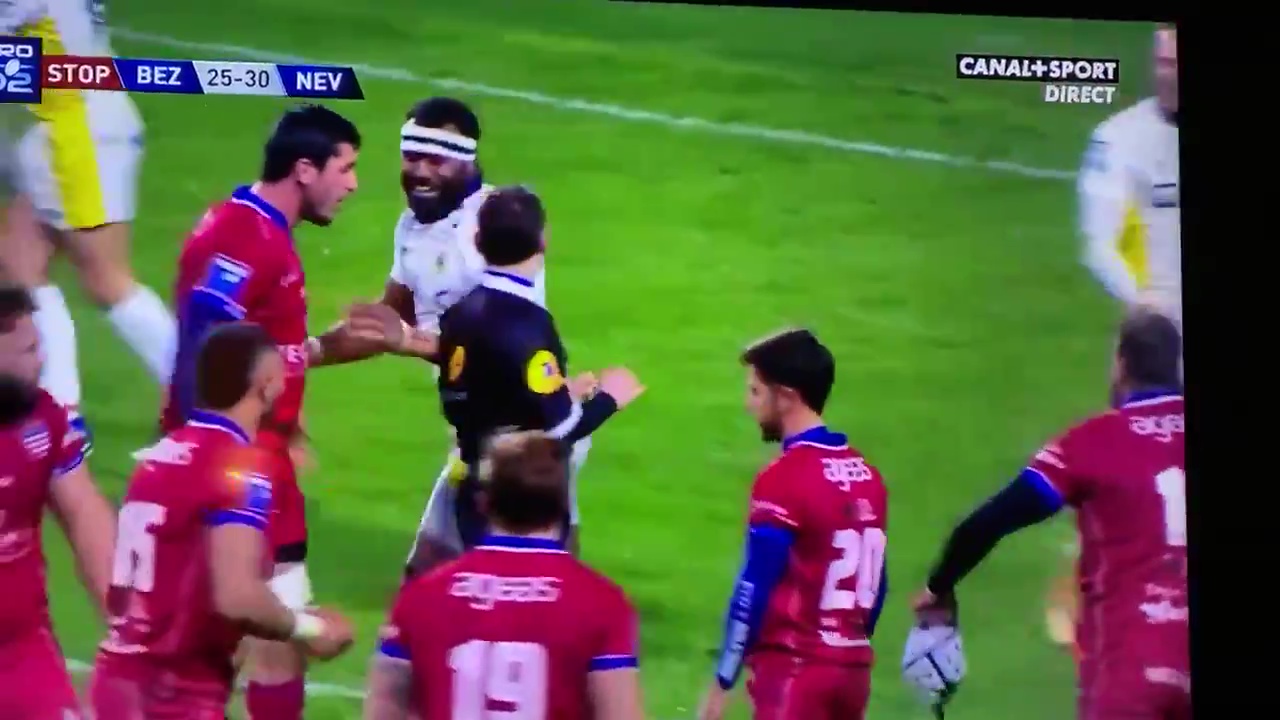 Raisuque made his name playing for Fiji 7s before making the move to France.

He was snapped up by giants Stade Francais in 2015 but also courted controversy during his time in the French capital.

The outside back was banned for 15 weeks for eye-gouging in 2016 before being SACKED for gross misconduct in relation to an incident in a Paris nightclub the following year.

END_OF_DOCUMENT_TOKEN_TO_BE_REPLACED

END_OF_DOCUMENT_TOKEN_TO_BE_REPLACED
Recent Posts
We and our partners use cookies on this site to improve our service, perform analytics, personalize advertising, measure advertising performance, and remember website preferences.Ok