REFEREE Bert Smith collapsed during the first half of the USC – Gonzaga game during the Elite Eight of the 2021 NCAA Tournament.

Scary video shows the ref falling backwards and hitting his head on the hardwood floor just four minutes into the March Madness game as other officials pause the match and run to his aid. 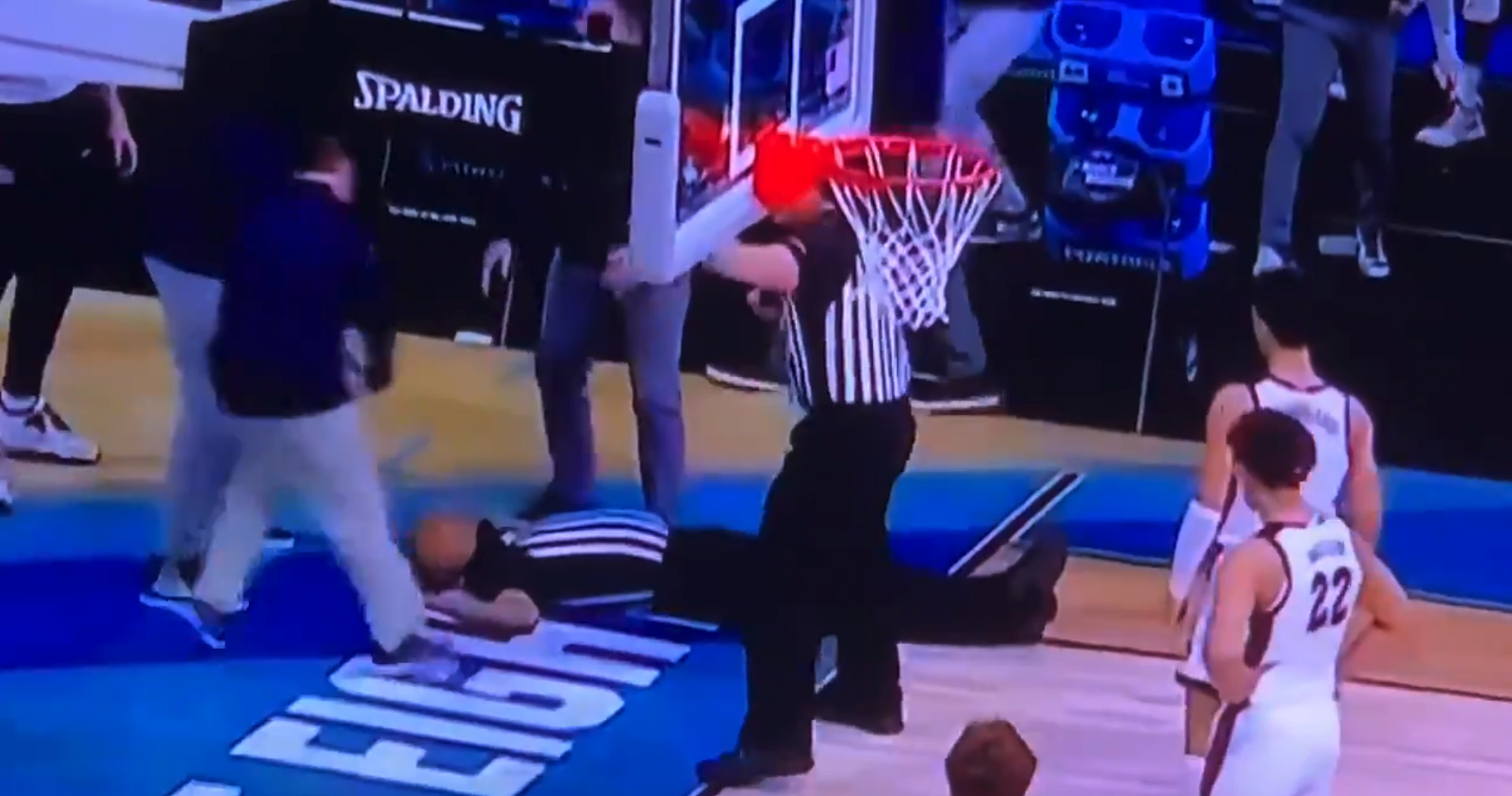 Just as USC was bringing the ball down the court to lessen their 11-4 trail behind Gonzaga, one of the refs blew his whistle as soon as he saw Smith land on the floor.

As officials begin treating the man and check for his pulse, training staff crowd him as Smith remains motionless on the court.

Smith was able to get to his feet on his own, but was placed on a stretcher as a precaution.

He was seen earlier in the game stumbling a bit as he regained his balance, just minutes before he would pass out and hit his head on the ground.

Gene Steratore, a CBS Sports rules analyst, later said on the TBS broadcast of the game that he heard Smith was feeling "lightheaded" before the accident.

It was later reported that Smith was awake in the locker room and was stable, but he was undergoing additional evaluations.

It was not immediately clear what his condition was after the game.

The NCAA said Smith was in stable condition and did not require hospitalization.

He was resting comfortably in the arena.

Smith was officiating his second Elite Eight, and was replaced by standby official Tony Henderson.