Seahawks' DK Metcalf fined over $6,000 for camera celebration in win over Jets 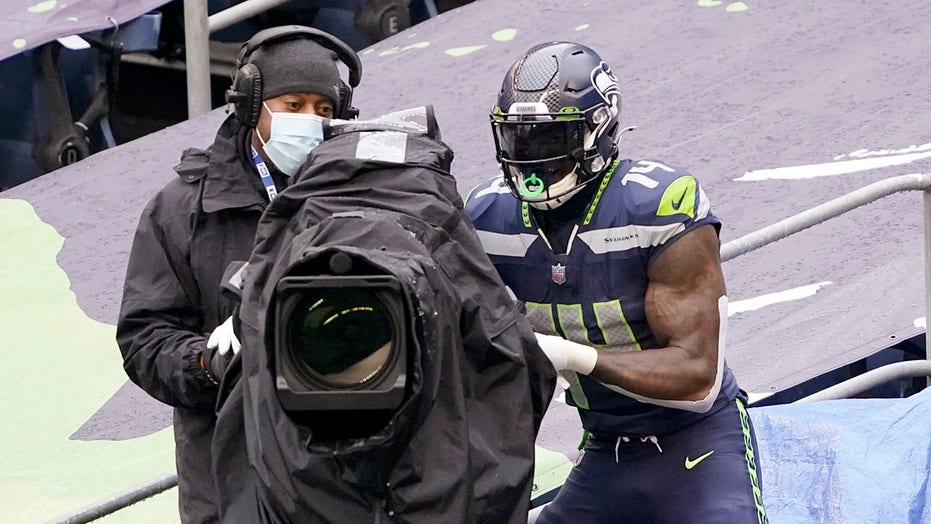 Seattle Seahawks wide receiver DK Metcalf was slapped with a $6,131 fine for unsportsmanlike conduct after celebrating a touchdown last week during their blowout win over the New York Jets, NFL Network reported Sunday.

After catching a short pass from Russell Wilson to score a touchdown early in the second quarter, Metcalf ran into the crowd-less stands and took control of the TV camera to record his team’s celebration.

The league considered the move unsportsmanlike conduct and handed out the hefty fine to the second-year receiver, who signed a four-year, $4.5 million rookie contract that included a $1.9 million signing bonus.

Social media was quick to remind the league of a similar celebration in 2018 by Kansas City Chiefs wide receiver Tyreek Hill.

Metcalf has quickly turned into the Seahawks’ most fearsome receiver.

He is one of the top receivers in the league with 1,180 receiving yards, 10 touchdown catches and 69 total receptions for the Seahawks. Seattle will have its hands full Sunday against Washington.

END_OF_DOCUMENT_TOKEN_TO_BE_REPLACED

END_OF_DOCUMENT_TOKEN_TO_BE_REPLACED
Recent Posts
We and our partners use cookies on this site to improve our service, perform analytics, personalize advertising, measure advertising performance, and remember website preferences.Ok