SERGIO RAMOS is alleged to have launched a foul-mouthed tirade at a former Real Madrid team-mate this week.

The incident involving the 34-year-old defender occurred during his side's Champions League clash with Inter Milan. 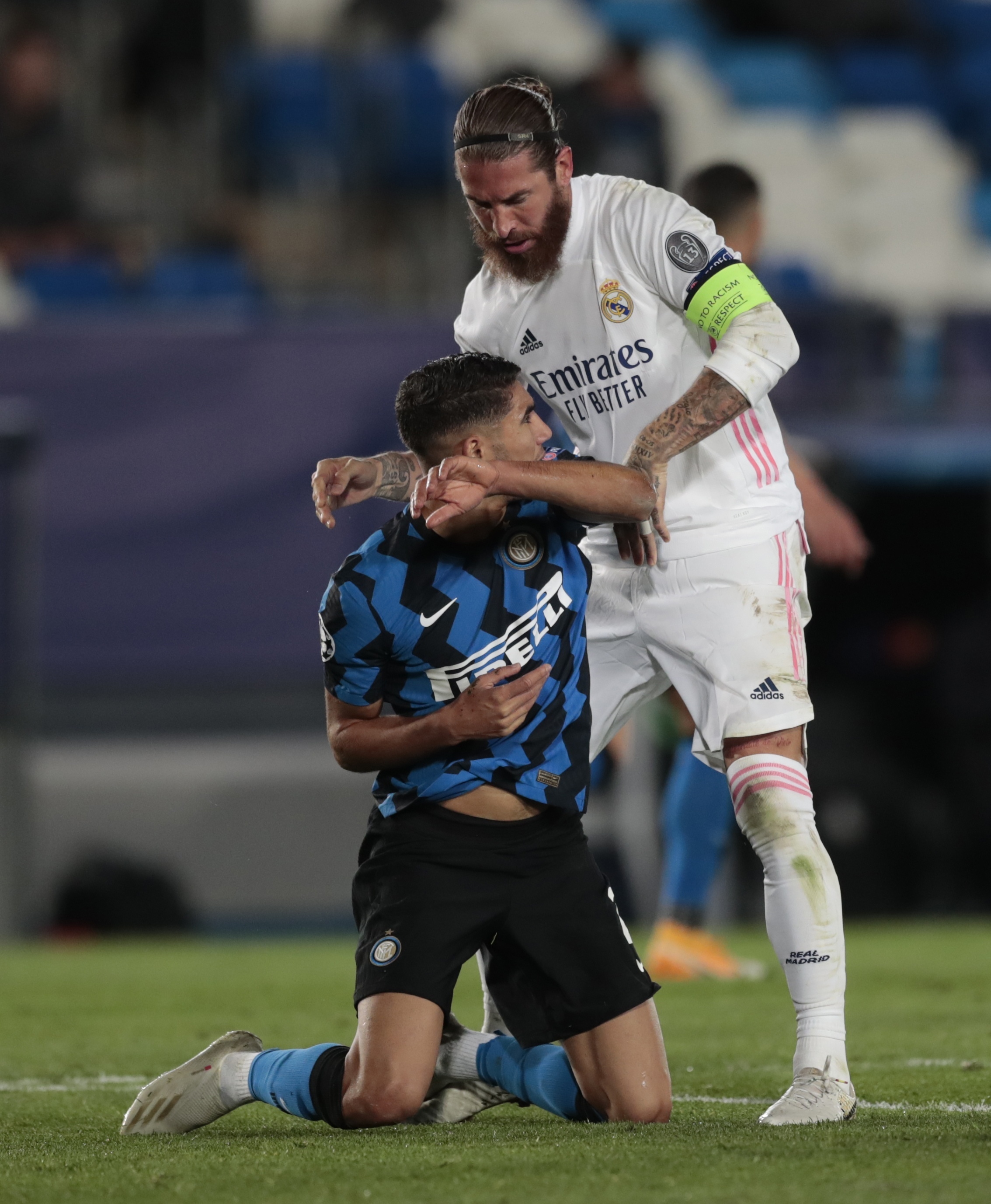 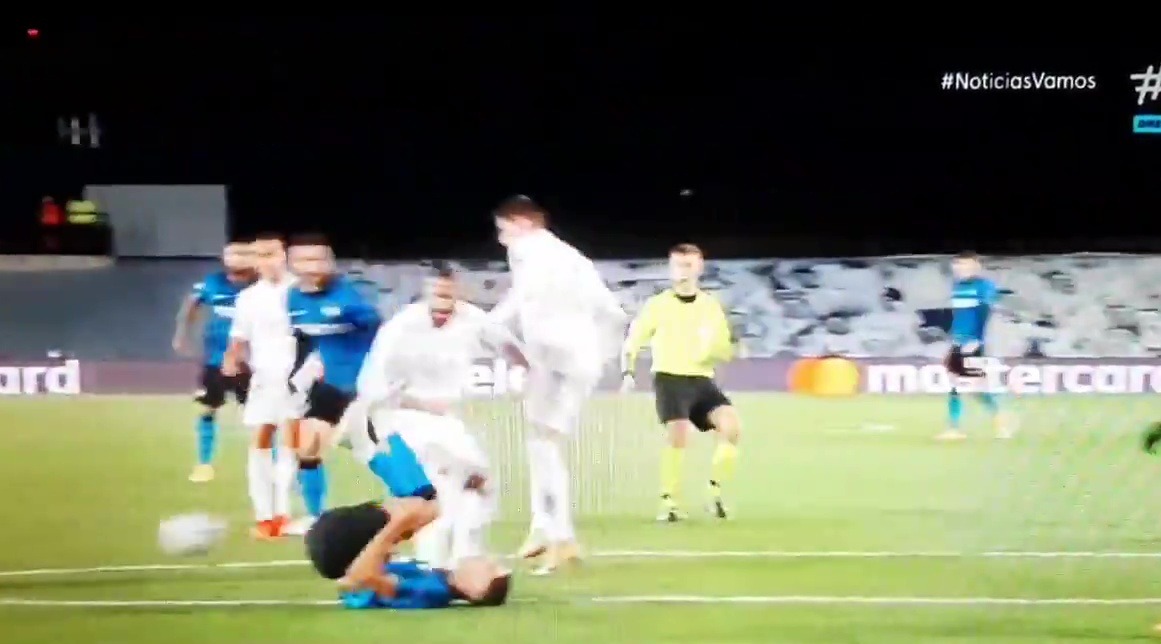 Real defeated the Serie A side 3-2 but Ramos was furious when opposition defender Achraf Hakimi, who came through the ranks at the Bernabeu, went down claiming a penalty.

The Madrid captain lost it with the Moroccan and he did not hold back in voicing his displeasure.

Spanish media claim he shouted: “'Get up you son of a b***h, get up! Stop screaming like a rat.”

Ramos then attempted to haul Hakimi, 22, back to his feet.

The pair were team-mates during the 2017-18 season, when Hakimi made 17 appearances for Real Madrid alongside Ramos.

However, the defender was packed off on loan and then eventually sold to Inter Milan.

Spain international Ramos had earlier scored his 100th goal for Los Blancos with a header to put his team two up.

After reaching a century, he said: “It's not bad.

“Individual records are secondary, but you like hitting them and as long as they keep on helping the side win, hopefully I can get a few more.”

Ramos joined the Galacticos back in 2005 and has won 22 trophies during his time there.

He is out of contract at the end of the season but boss Zinedine Zidane believes he will remain in Madrid and add further honours to his CV.

ZZ said: “As always, he is our captain, our leader.

“We want him here forever.

“I have no doubt that he will stay and continue to make history.”

END_OF_DOCUMENT_TOKEN_TO_BE_REPLACED

END_OF_DOCUMENT_TOKEN_TO_BE_REPLACED
Recent Posts
We and our partners use cookies on this site to improve our service, perform analytics, personalize advertising, measure advertising performance, and remember website preferences.Ok