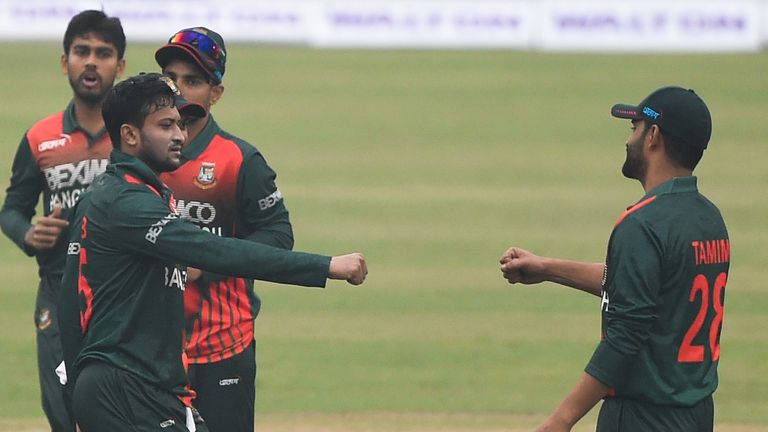 Shakib Al Hasan marked his international return following a 12-month ban by taking 4-8 as Bangladesh eased to a six-wicket victory over an inexperienced West Indies team in the opening one-dayer.

The all-rounder was Test captain of Bangladesh when he was in October 2019 hit with a two-year ban, one of which was suspended, for failing to report corrupt approaches, but he made up for lost time at Dhaka.

The tourists’ line-up comprised of six debutants, with a number of experienced players opting out of the trip, and they were all out for 122 in 32.2 overs after being invited to bat first, with Shakib the pick of the bowlers.

Bangladesh skipper Tamim Iqbal’s 44 helped the hosts knock off the paltry target in the 34th over – although slow left armer Akeal Hosein ensured it was not a rout with 3-26 on his international debut.

The three-match series, which is part of the World Cup Super League, resumes at the Sher-e-Bangla National Cricket Stadium on Friday before a potential decider at the same venue on Monday.