Home » Sport » Shane McGuigan: ‘I didn’t get into boxing for the money, it brings me happiness’

Shane McGuigan: ‘I didn’t get into boxing for the money, it brings me happiness’

“Most people focus on the money, but that’s not why I got into boxing,” Shane McGuigan says while reflecting on the sport that’s dominated so much of his life, from the burden of his father’s legacy to the battle of forging his own. “It’s about what it brings you and, right now, it brings me so much happiness.”

For one of British boxing’s best young trainers, who’s led the likes of George Groves, Carl Frampton, Josh Taylor and Lawrence Okolie to world titles in the last decade, rapid success has not always guaranteed that same sense of satisfaction. Sitting in his bustling gym in southwest London, McGuigan beams about his latest batch of boxers and breaks down the intricacies of their training with unrelenting enthusiasm, but admits the scar tissue of such a brutal sport is not always physical. His surname has been a gift and a curse, inviting a relentless gauntlet of scrutiny, and hollowing lows have often followed momentous highs, at times even leading him to question whether to detach from the sport entirely, as his father, Barry, had always so adamantly intended.

But boxing has a funny way of running in the blood, an addiction in the DNA passed down through generations, regardless of changing circumstances. For Barry McGuigan, it was a source of escape. For his son, it became something to run towards, under a pseudonym and the cover of night.

“Dad never wanted me to box. He wanted me to play football or golf,” McGuigan says. “I was at a boarding school but I used to sneak out at night time and take the bus to the amateur club and use a different name. My dad caught wind of it after about six months and said: ‘If you’re going to do this, you’re going to do it properly.’ I used to get up and run before school and then go to the gym afterwards for two or three hours and I’d starve myself basically all day because he had no idea about nutrition. It was horrific but it instils that grit and determination.”

McGuigan became a standout amateur and won national titles in Ireland, his respect hard-earned rather than inherited by birthright. Even success, though, could not alleviate the weight of a name. “When I’d go to London to spar, it was like a tumbleweed scene,” he remembers. “It was like going into a western every time and you knew it was going to be a shootout. People always wanted the story of chinning [Barry McGuigan’s son]. I wanted to box for Ireland but I had an English accent and a posh one at that so it was harder to mix in with the boys. You’re up against it all the time and you’re putting yourself in a position to be scrutinised and I knew I couldn’t be… not a failure, but I couldn’t do it half-arsed.” 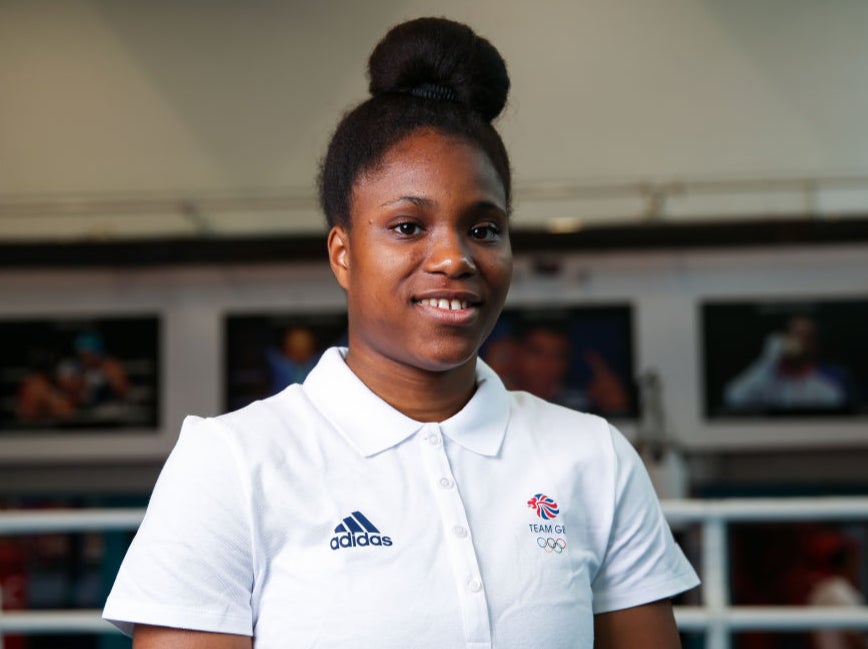 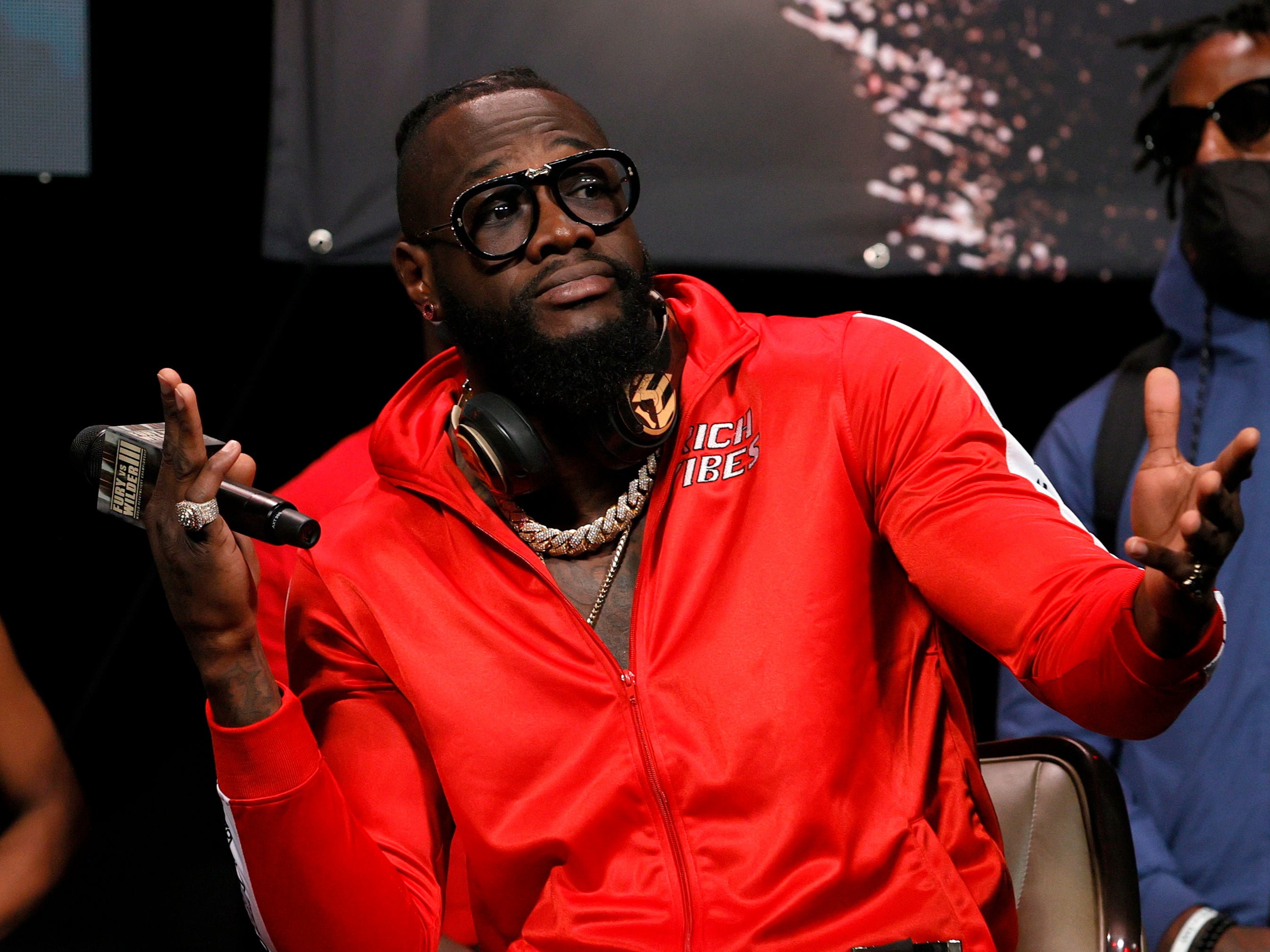 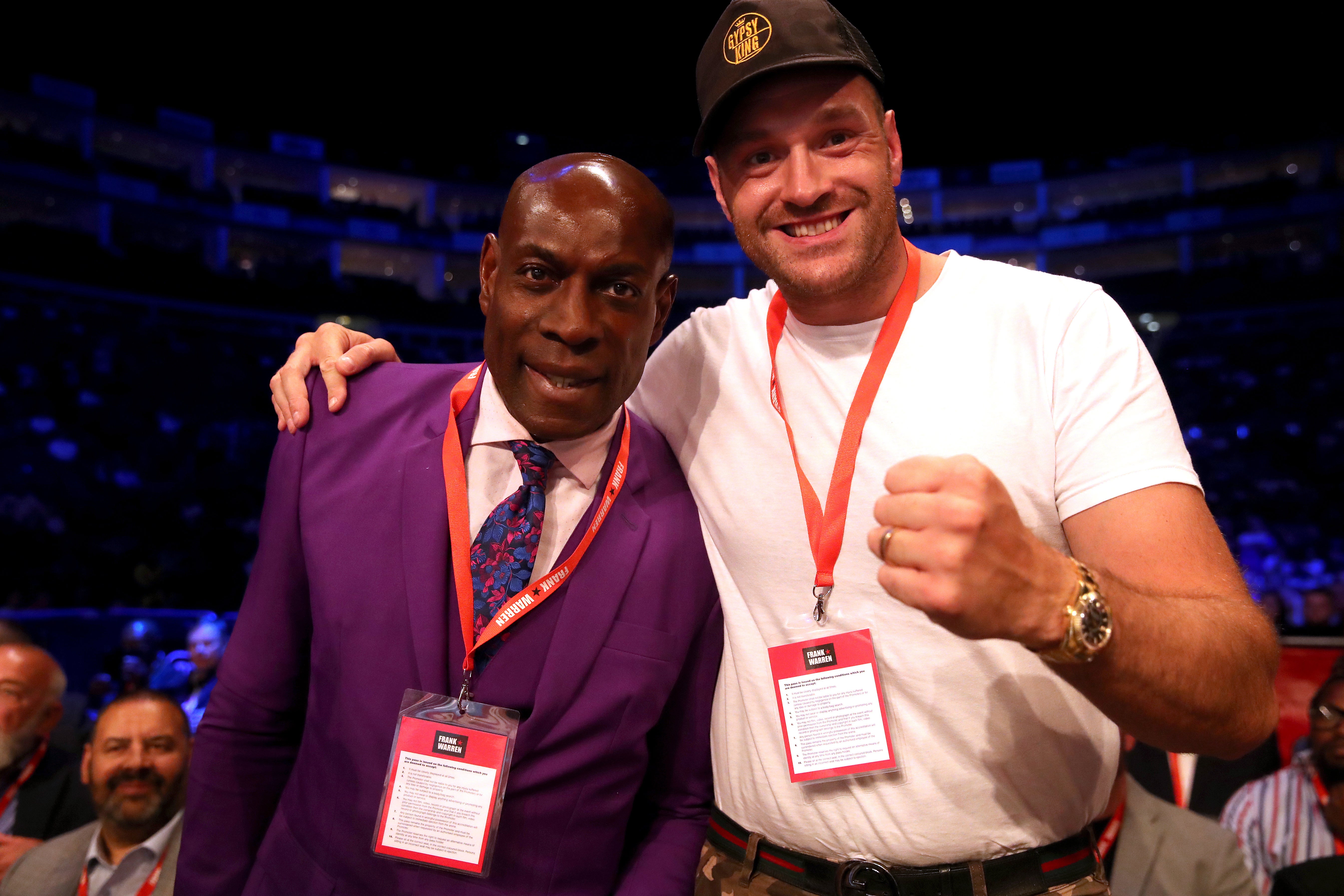 After being selected for the Commonwealth Games in 2010, McGuigan knew the reservoirs of willpower he’d require had begun to run dry. He had outgrown his weight class and “the love started going” under the stress of a constant microscope. A transition into coaching was never planned. In fact, when asked by his father to hold the pads for Frampton, then a close friend who McGuigan had trained alongside for several years, he was “wounded” at the notion of becoming second fiddle. But in that session, he rediscovered the elements of boxing he’d always found so fulfilling. “I loved the process, the ten weeks leading up to a tournament, the routine and the discipline. I began looking into nutrition and different diets and worked with experts in functional medicine and strength and conditioning.” For McGuigan, the devil didn’t come out in the ring, it burrowed into the detail.

His relationship with Frampton flourished and, in 2015, he worked in the corner as the Northern Irishman clinched his first world title. “People asked how Carl could put his faith in a guy that’s 23-years-old, but we’d trained together and a level of respect was there. I believed I was bringing something new to the table, a youthful ambition that can sometimes be better than experience because you’re willing to do so many things to get the results. I think it paved the way for a new generation of coaches to come through.”

Little is so notorious or valuable in boxing as whispers in the gym. Soon, they spread in recognition and McGuigan began working with established giants of British boxing, such as Haye and Groves, as well as prodigious amateurs like Taylor, who had just won gold at the Commonwealth Games for Scotland. A period of sustained triumph soon followed. Frampton moved up in weight and pulled off a stunning upset against Leo Santa Cruz in New York to become a two-weight world champion, Groves finally won his own crown at the fourth attempt, and Taylor set on an unstoppable path to becoming an undisputed champion.

But boxing has always been a sport that hits with the same hand that helps. In 2017, Frampton and McGuigan split acrimoniously. In all, five fighters, including Taylor, would eventually leave the McGuigans to join the management company MTK. A bitter legal dispute and broken relationships were a constant background that shrouded the joy of coaching at the centre. “I got to the stage where I was a bit disheartened with it all,” he says. “Especially with Josh Taylor because there was so much more I wanted to do with him.”

Court settlements mean McGuigan cannot discuss much of the fallout, but slowly he began to rebuild his stable of fighters, with lessons learnt and boundaries set by harsh experience. “I opened myself up to working with people and made myself more accessible because selfishly I want to achieve a lot from this sport and so I want to work with the best fighters.” It wasn’t long before they began to trickle back through the door. 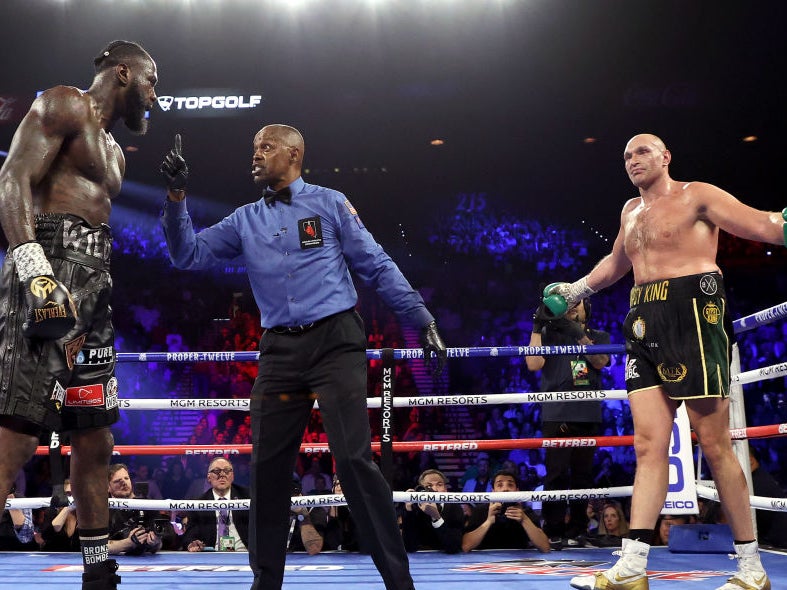 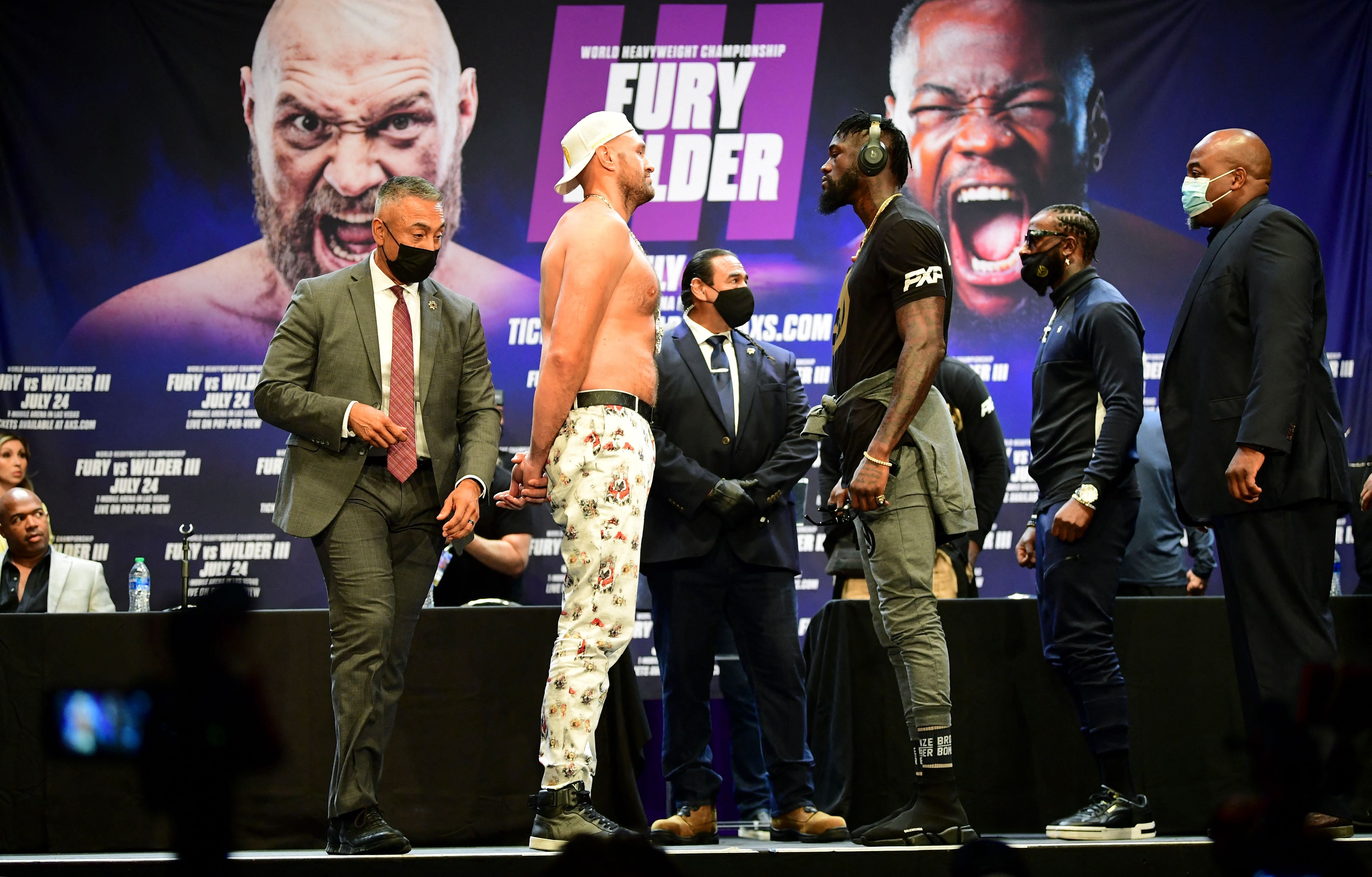 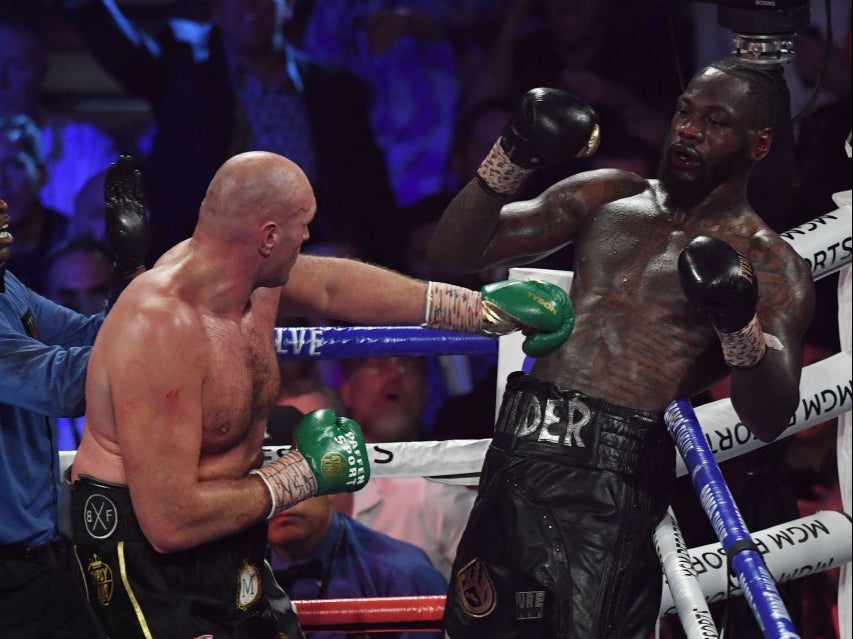 Earlier this year, Okolie became McGuigan’s fourth world champion. The Dubois siblings, Daniel and Caroline, are touted for those crowns in the future and they are just a few of those McGuigan hopes are lying in waiting. “I’m pretty seasoned now and I don’t take things as personally,” he says. “Everyone in the gym is happy. It can be a very cliquey business, it’s money-run and it’s all done on power and that can be frustrating, but it also allows you to get great opportunities and progress your fighters really quickly. I can’t get too hung up on the negatives because there are so many positives around me.”

But is it really possible, in such a volatile career, to harbour no resentment, from wearing a target on his back as a teenager to the years of dedication that seemed to crumble in an instant? “Where I’m at at the moment, I take so much pleasure in what I do,” McGuigan says. “I’m so far removed from that that it’s enjoyable.”