Sugar Ray Leonard’s LA home back on the market for £33m, boasts a sunken pool, putting green, and tennis court – The Sun

IT'S back on the market!

Last year, Sugar Ray Leonard, 65, put his amazing mansion in Los Angeles up for sale for an huge £42million. 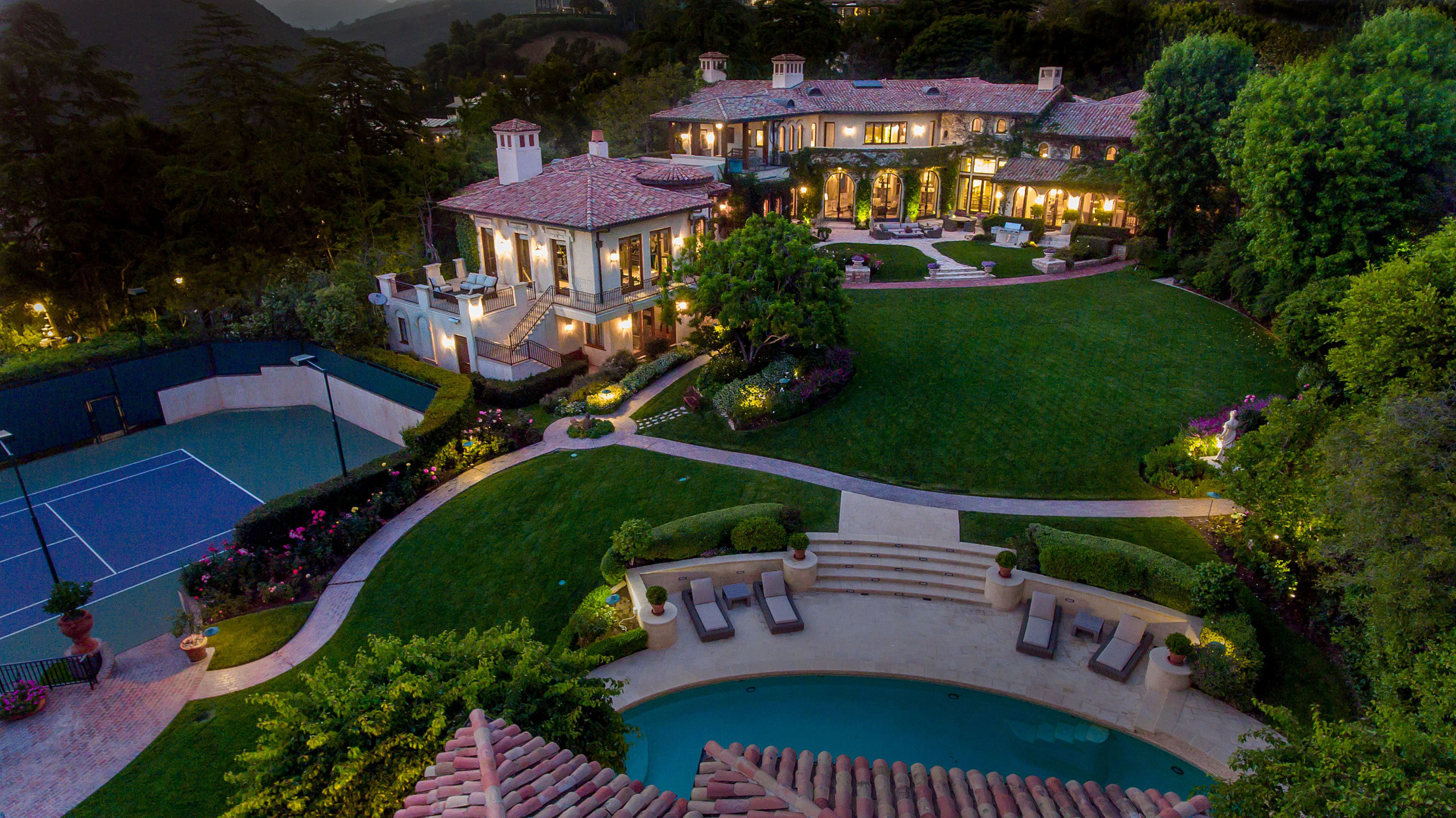 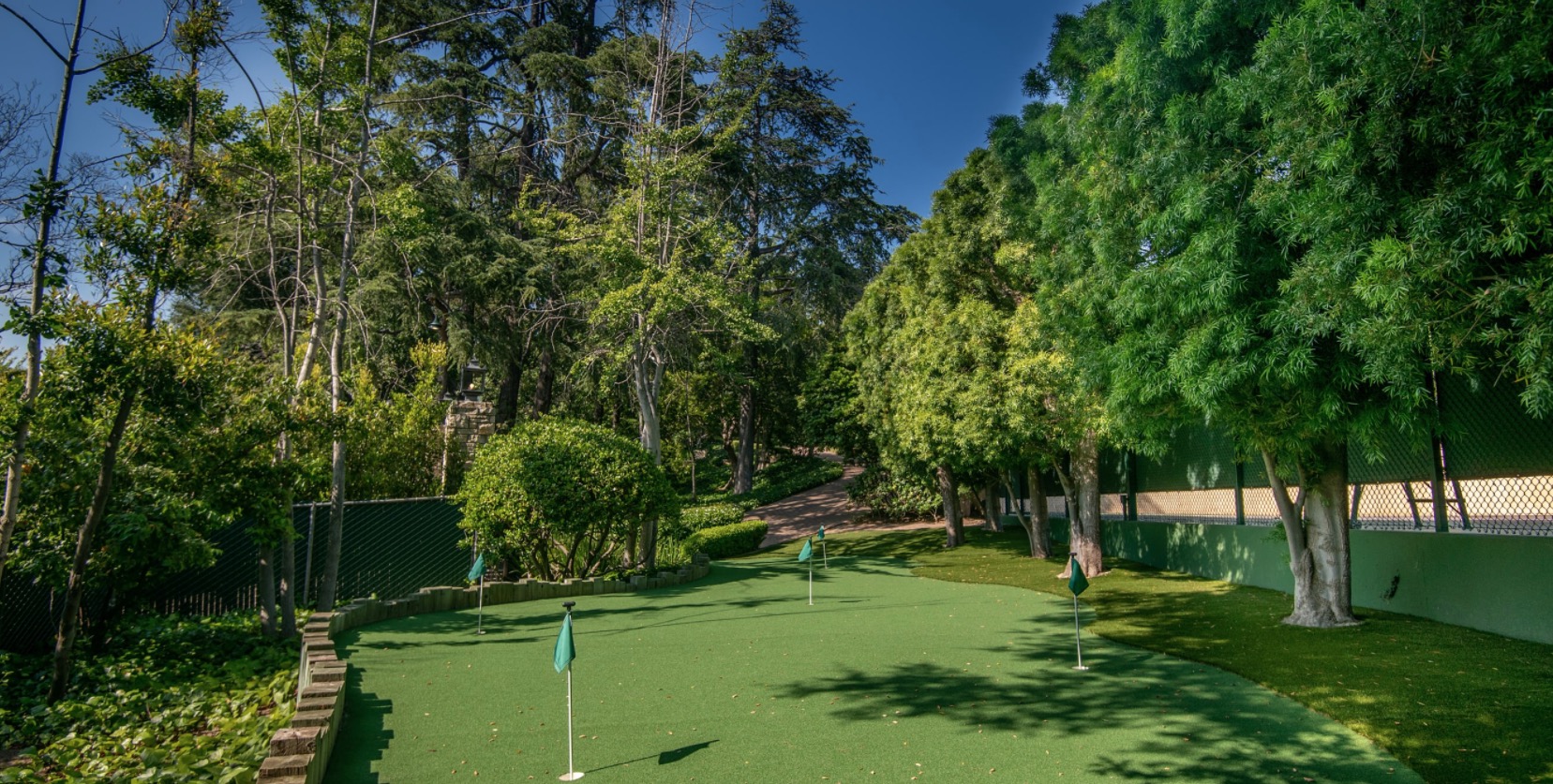 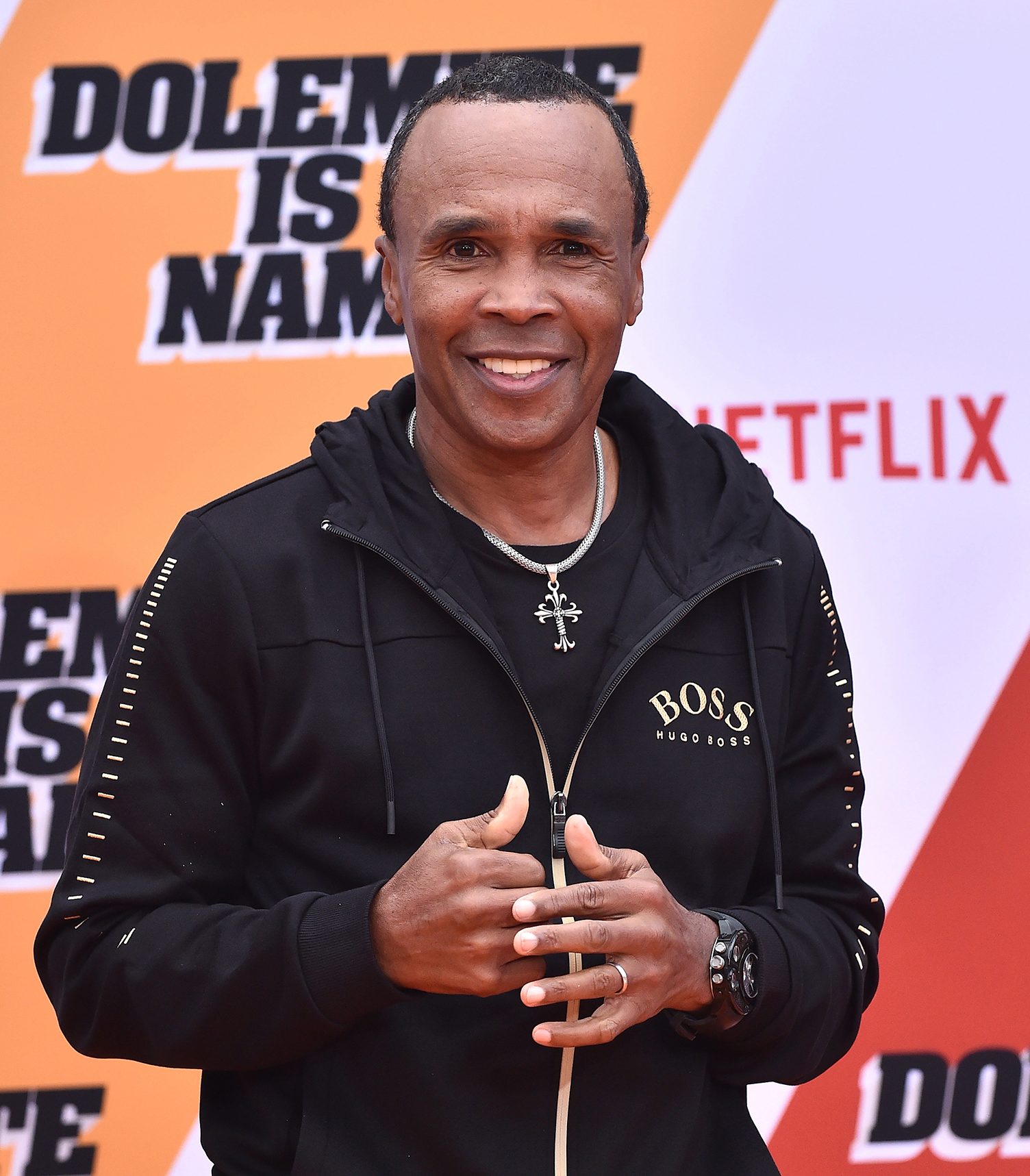 SunSport learned the boxing legend took down the listing after failing to find any buyers. But now it's back on the market for a reduced £33million.

The stunning gated property can be found in the affluent area of Pacific Palisades, near Santa Monica and Malibu.

And it has all the amenities a sports icon would want, including a pool, tennis court, as well as a putting green.

Sugar Ray, believed to be worth around £120m, has lived in the home with wife Bernadette for over 20 years now.

It was designed by famed architect to the stars Richard Landry, who counts the likes of Mark Wahlberg, Eddie Murphy, and Rod Stewart among his clientele.

Style-wise, it has a lot in common with a European villa with features like ivy-covered walls, full glass rectangular doors, and the stone walls throughout the property that were imported from Jerusalem.

And there's six fireplaces, delivered from Europe, that keep the house cosy.

The living room has vaulted ceilings, arched windows, as well as a sheltered outer space. 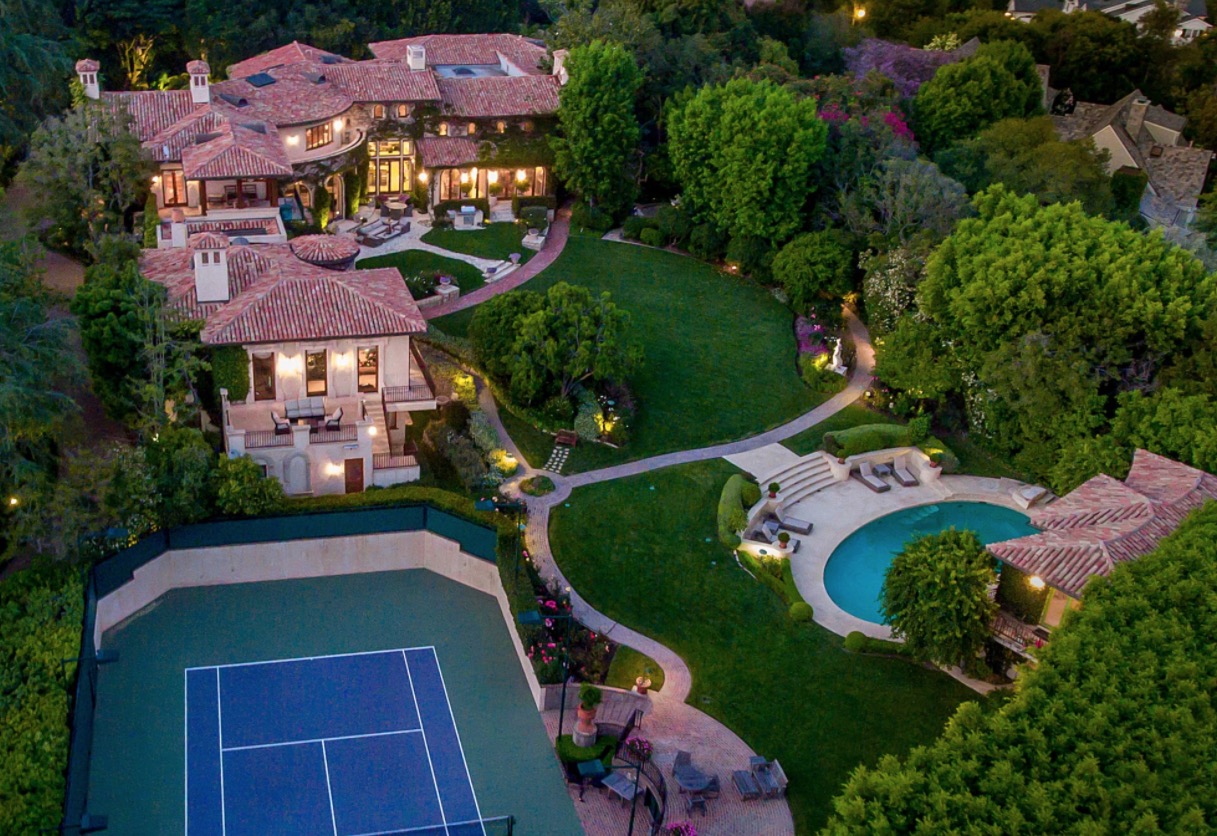 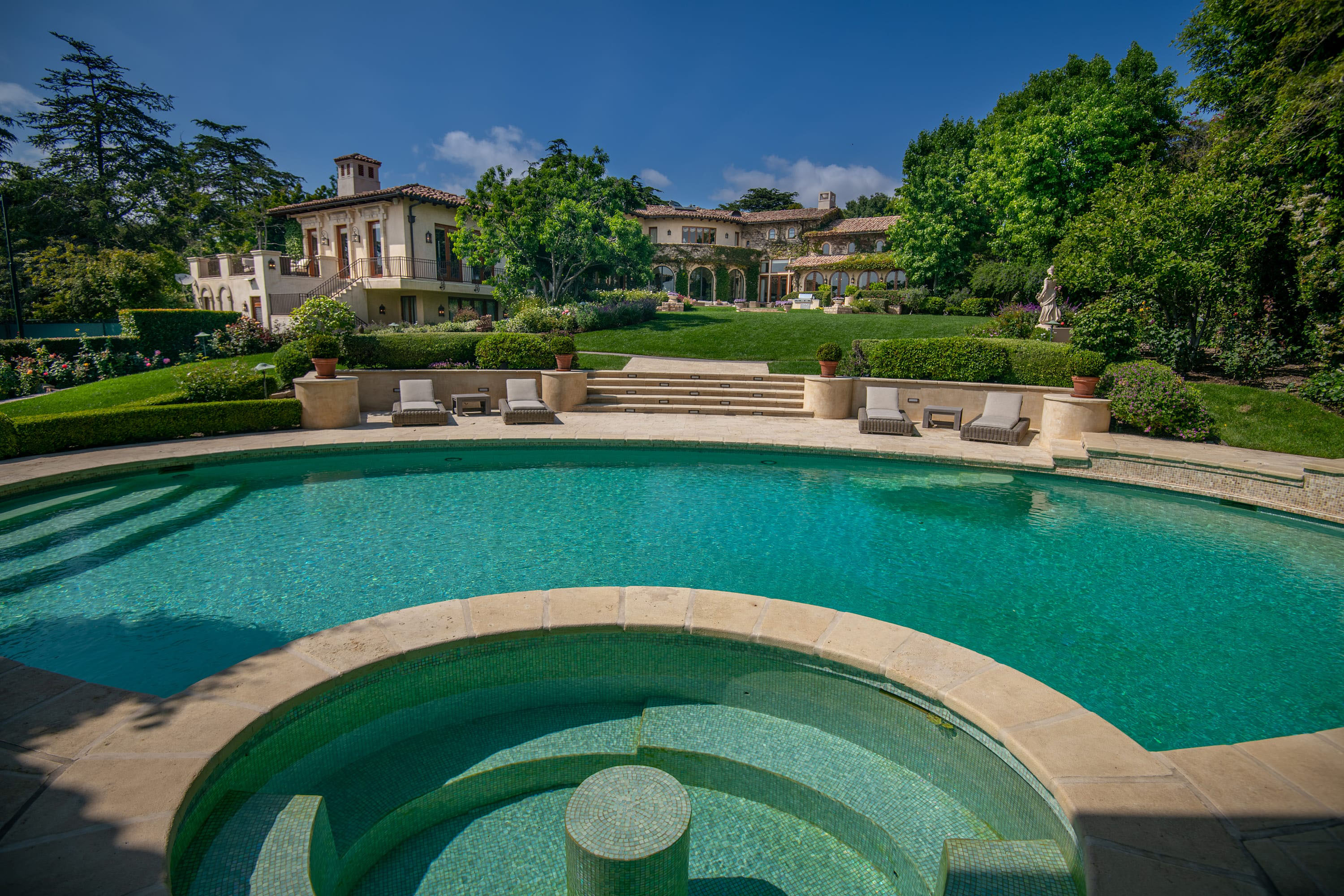 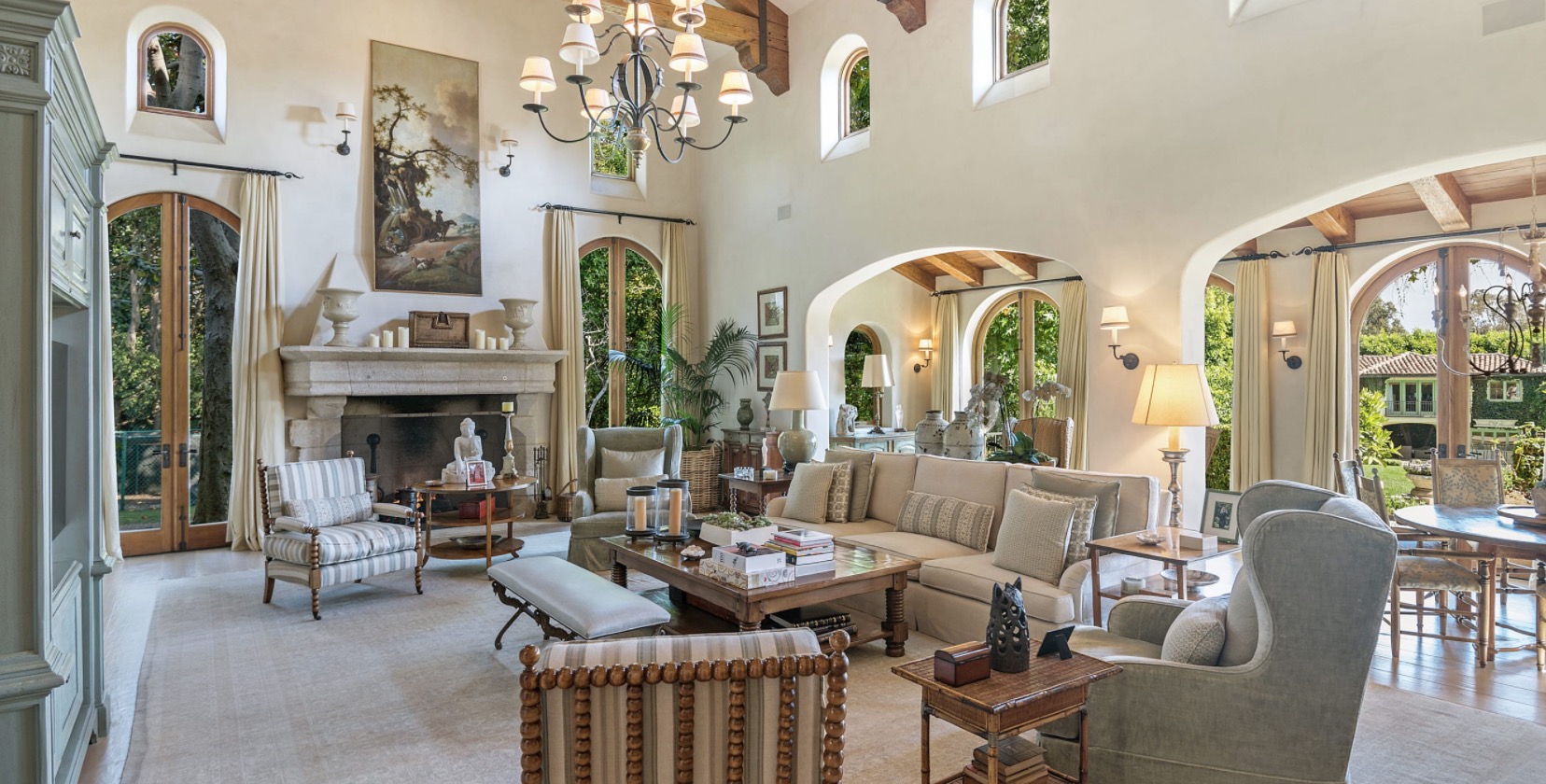 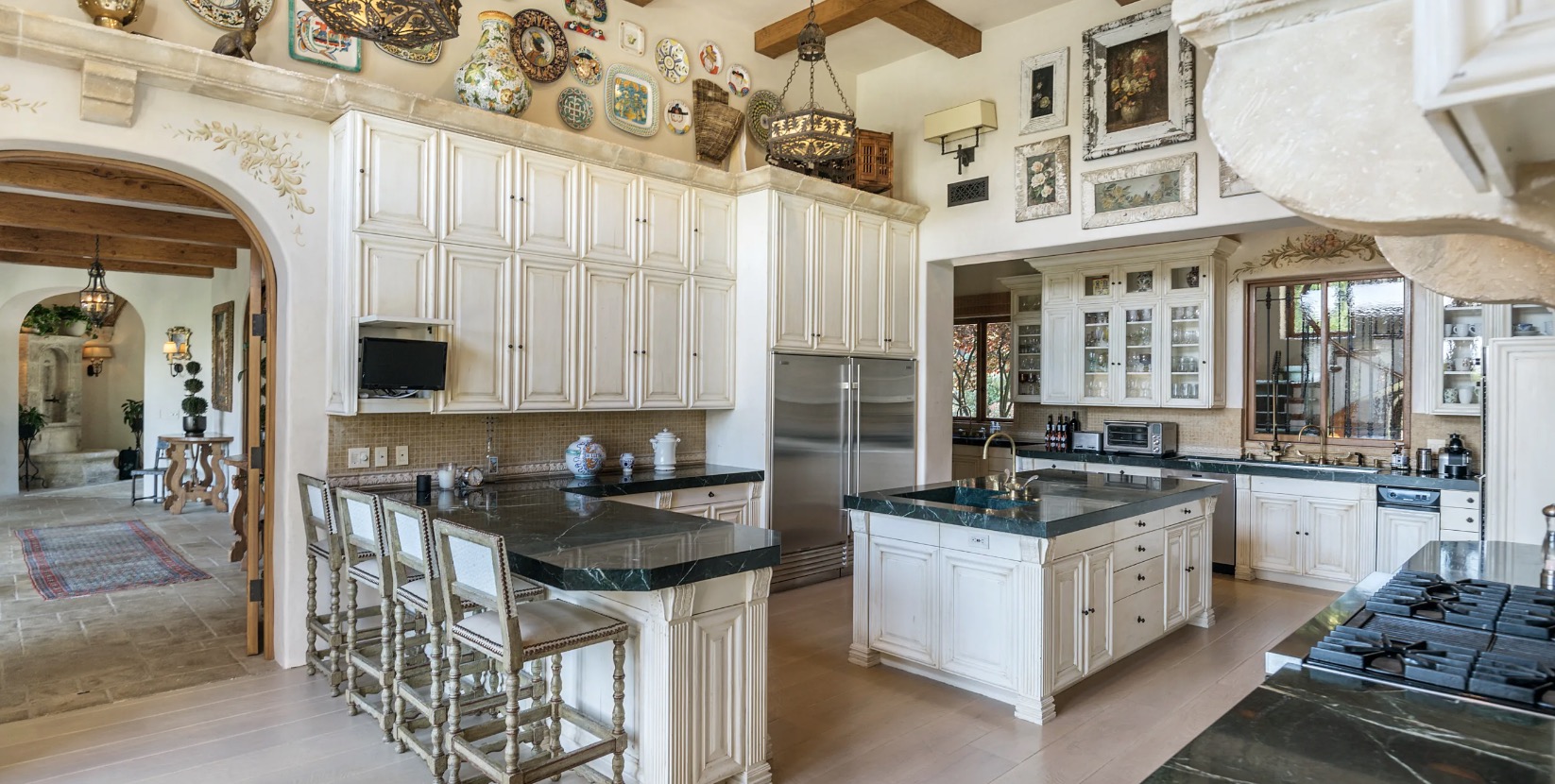 In the sitting room you'll find one of the fireplaces, as well as a balcony that looks out onto a view of the Santa Monica mountains.

As for the kitchen, that wouldn't look out of place in a rustic farmhouse with its wooden beams – but, of course, modern appliances are installed.

After he retired in the ring, Sugar Ray spent a lot of time on the golf course – and plays with an 18 handicap.

To improve his putting skills, he installed his own five-hole putting green on his estate.

And that's not the end of the sporty theme.

When he's done working out, he can head down to his sunken pool for a dip, which is flanked by a spa, and some gorgeous landscaped gardens. 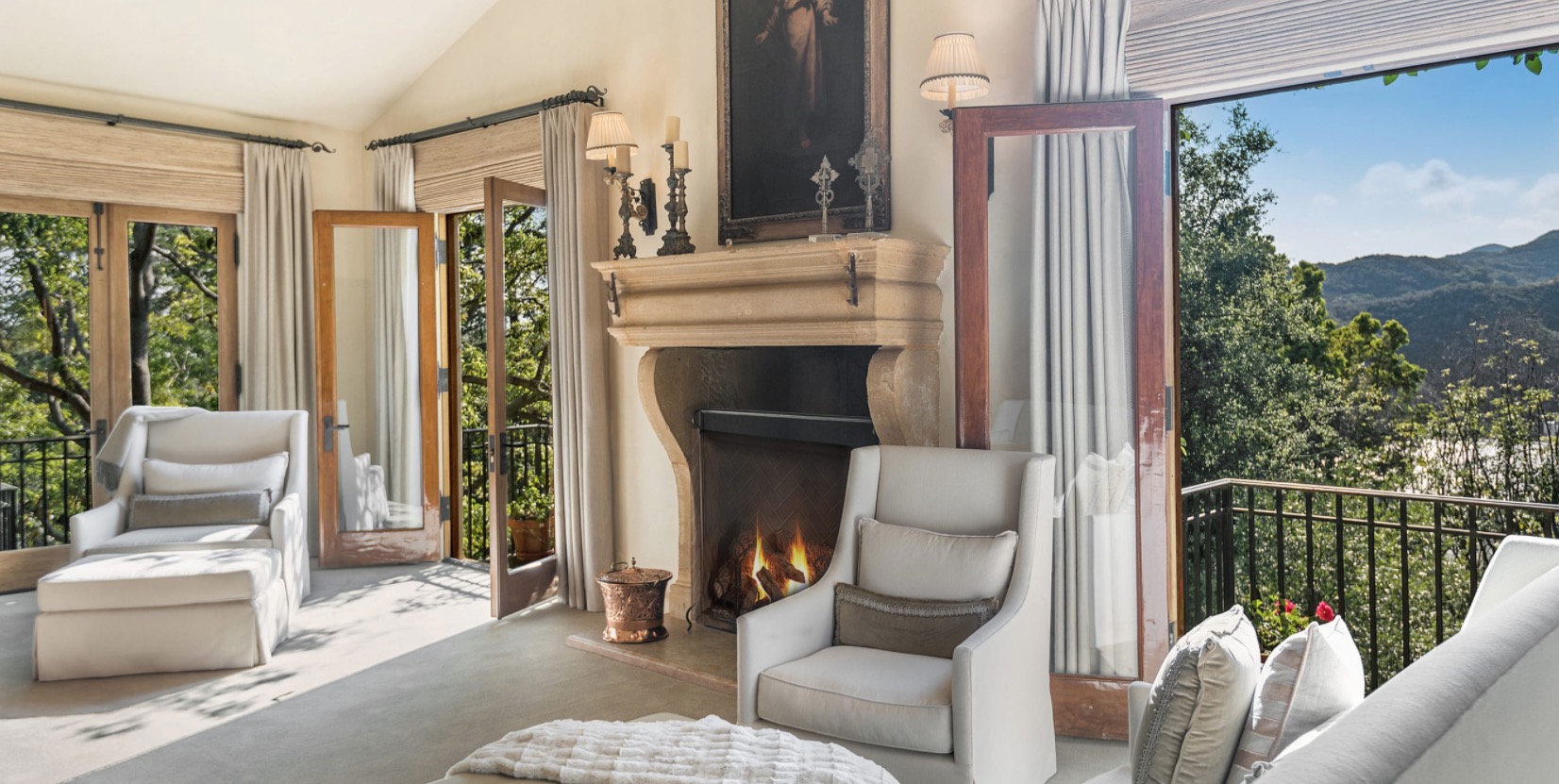 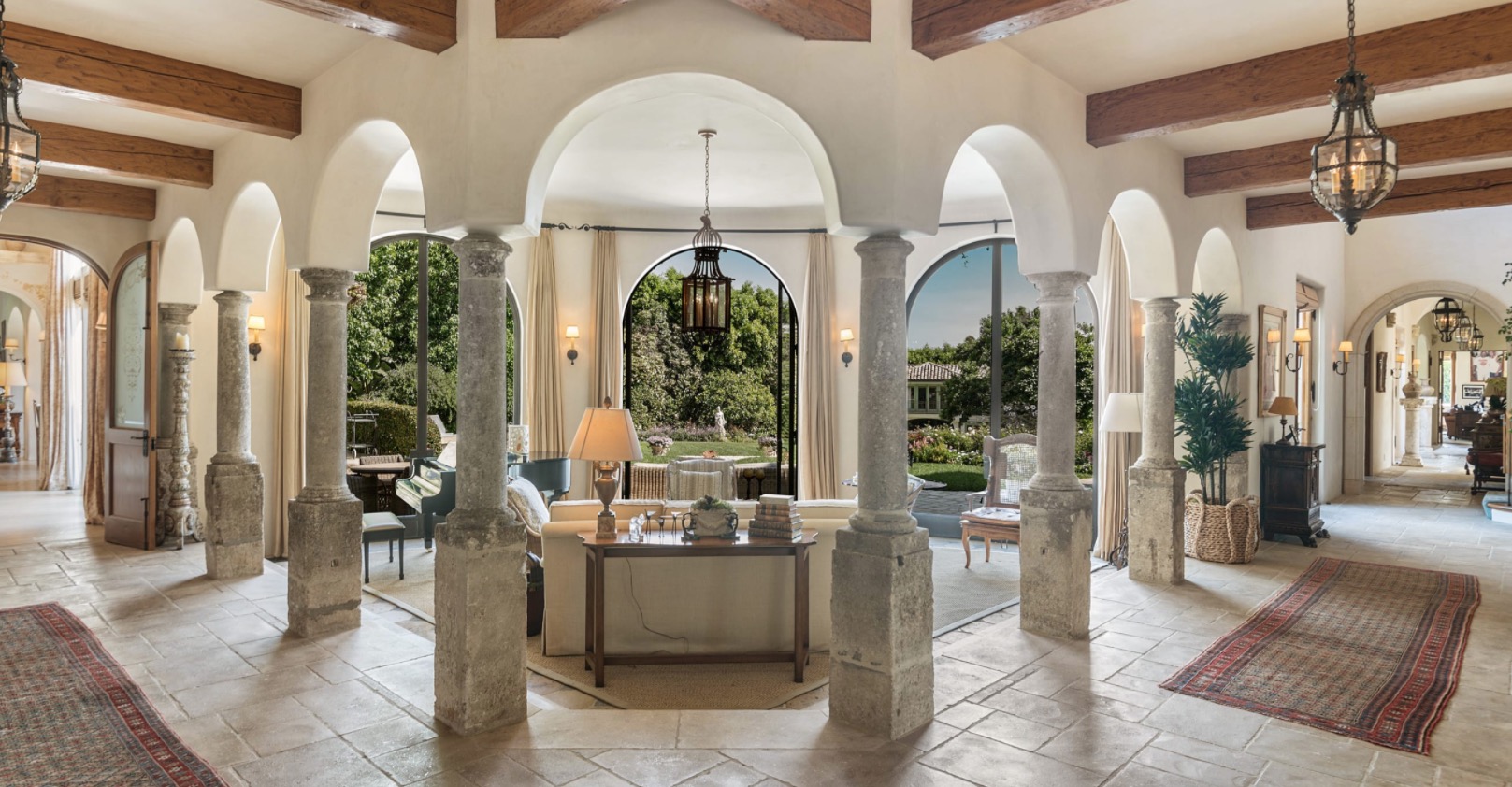 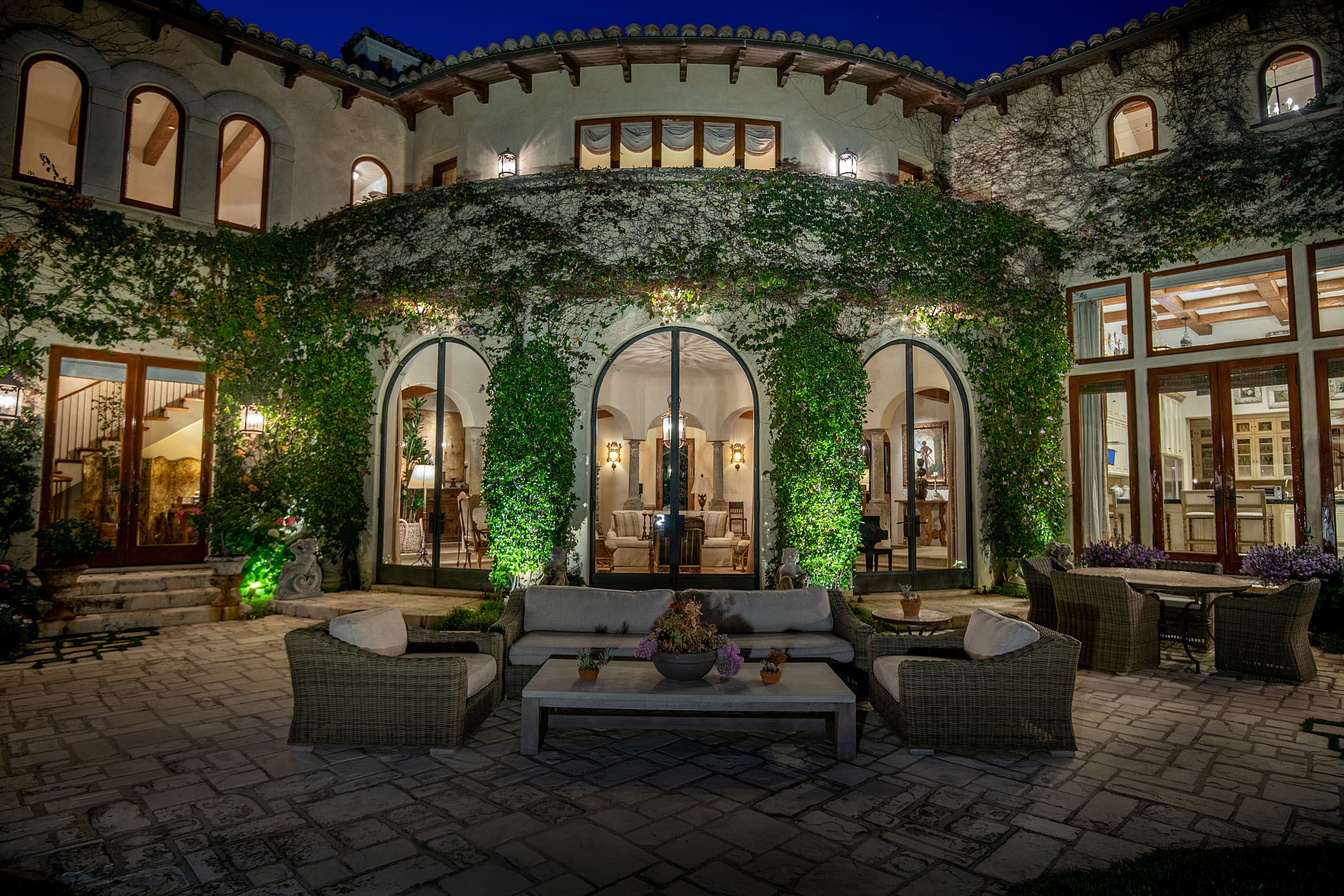 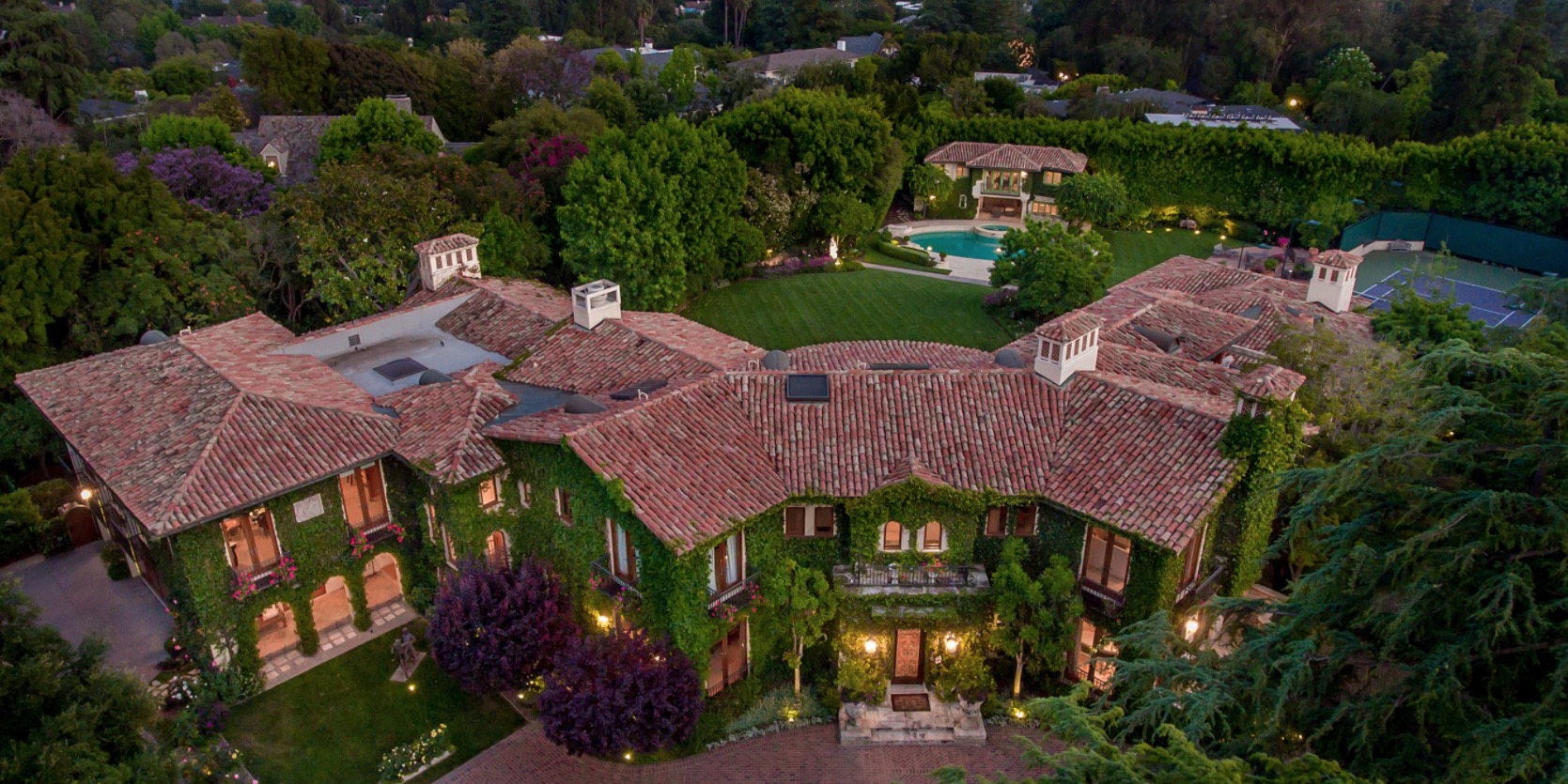 When the home was put for sale in 2019, Bernadette said: “This home has been a peaceful oasis.

“We’ve been blessed to have a space allowing us to host both intimate family gatherings and sizeable fundraisers.

“My hope is that the future owner will cherish this home as much as our family has."

However, there were no takers for the property at £42million, but with nearly £10million knocked off the price is it now a bargain?