Swimming Australia president and former Olympic superstar Kieren Perkins has called for the sport to abandon a damaging, debunked obsession with body weight and shape and said that coaches who could not adapt should look for another career.

Speaking upon the partial release of a confronting SA-commissioned report that recommends the abolition of skinfold tests, a ban on the word “physique” and a quota for women coaches for a sport in which girls and women are a majority, Perkins said what struck him was how little had changed since his heyday late last century. 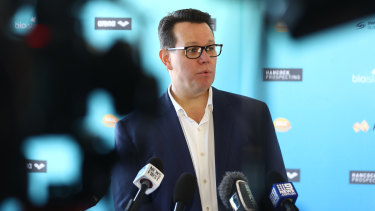 “It felt like a retelling of my childhood and experiences in our sport, but it’s not historic,” Perkins said. “It’s a today report. These things are occurring in our sport today. It’s very much about mental abuse and coercive control on the transition from being a child to a young adult. There is obviously a lot of focus still on body composition.”

Perkins said it surprised him that aspiring swimmers still were weighed and did skinfold tests publicly, on the pool-deck.

“At an elite level, we need to have a dialogue about whether it’s relevant or not,” Perkins said. “But when you’re talking about development and the broader system in Australia, you have to seriously question whether they have any impact on an athlete’s performance and career? Is it reasonable or relevant to focus on these things as someone transitions from being a child to a young adult?

“Looked at in isolation, as a girl transitions through puberty, focusing on her weight and the impact of it on her career is not helpful for anybody. 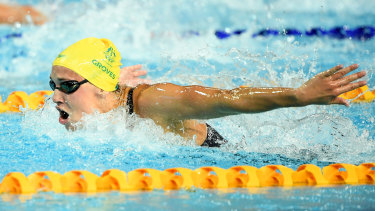 “But when you’re wrapped up in the bubble of trying to drive elite performance and help people achieve their life goals, clearly in some areas in our sport we’re blind to the long-lasting and significant impact of that kind of dialogue and focus on a young person who should come out their sport as a strong, well-rounded human being on a positive life journey, not one whose sport has diminished their sense of self.”

Perkins said he expected pushback from coaches still in the system who believed a martial regime was the only way to Olympic gold. “What is fundamentally clear is that it’s not true,” he said. “It is old thinking, and it needs to be disrupted.

“Some coaches already do a very good job of navigating this for athletes who still go on to be the best they can be. We need to bring those people forward. If I’m honest, if there are coaches incapable of learning and adapting and modernising their thinking, they probably should find another career.”

In a statement accompanying the release of the report, SA said: “[It] identified issues that affect athlete experiences and wellbeing at all levels of the sport, including a fear and pressure to perform, speaking out, and more broadly control and the coaching culture. 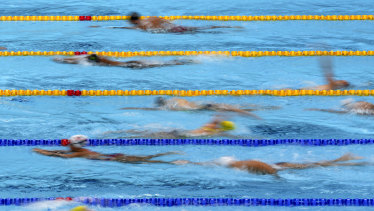 “It is acknowledged that, particularly for young female athletes, some of their experiences have had longer-term impacts. Swimming Australia again unreservedly apologises to those members of the swimming community who have had a negative experience.”

The catalyst for the report was a series of social media posts last June from Olympian Madeline Groves, who withdrew from the Tokyo Olympic trials “as a lesson to misogynistic perverts and their bootlickers”.

“You can no longer exploit young women and girls, body shame or medically gaslight them and then expect them to represent you so you can earn your annual bonus. Time’s UP,” Groves tweeted. Others backed her up. 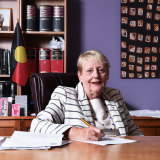 They include the abandonment of skinfold tests, minimisation of “body composition assessments, re-writing of coaching manuals to delete references to “large thighs”, for instance, and remove the word “physique”.

“The term ‘physique’ has meaning and consequences, including over-valuing body shape and size in terms of its impact on performance,” the report said. “It is therefore recommended that SA remove the term ‘physique’ from [its] set of principles.”

The report said SA also needs to sharpen and make more transparent its complaints process, introduce a whistleblower facility, be stronger in dealing with harassment and bullying and strengthen character tests when selecting coaches.

“SA [should] show cultural leadership by prioritising behavioural standards over a coach’s performance standards,” the report said. “The athletes’ welfare must be the primary driver for coach selection.”

Coaches should have to be re-accredited every year, and the criteria for re-accreditation should be updated every three to four years, the report said. 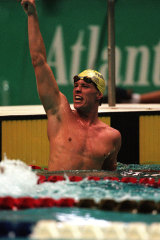 Kieren Perkins in his heyday.Credit:Tim Clayton

It also said SA needed to streamline the path for women into coaching. Curiously, the report holds up world rugby and AFLW as models for establishing quotas for women coaches. It said SA should never again send an all-male coaching team to competitions.

“The feedback was open and frank and there were experiences recounted that were difficult to read,” SA’s statement said. “SA wants to reassure those who came forward that the sport is committed to change to ensure these negative experiences are not repeated and apologises unreservedly to those impacted.”

The report now becomes the business of a seven-person implementation committee, led by Dr Michelle Gallen, an avid swimmer and sports integrity expert.

She said that because the reform project was so vast, it was difficult to put it in a time frame. But much of the work was already underway, and the Paris 2024 Olympics sounded “reasonable” as a deadline.

Like Perkins, she was saddened that a great deal of what was in the report echoed her experience in long ago university swimming. “The time to draw the line under this is now,” she said.

“I want everyone involved in this sport to have a good experience, whoever they are,” she said. “The challenge is, what’s a better way to have those conversations, where everybody feels respected and safe?”