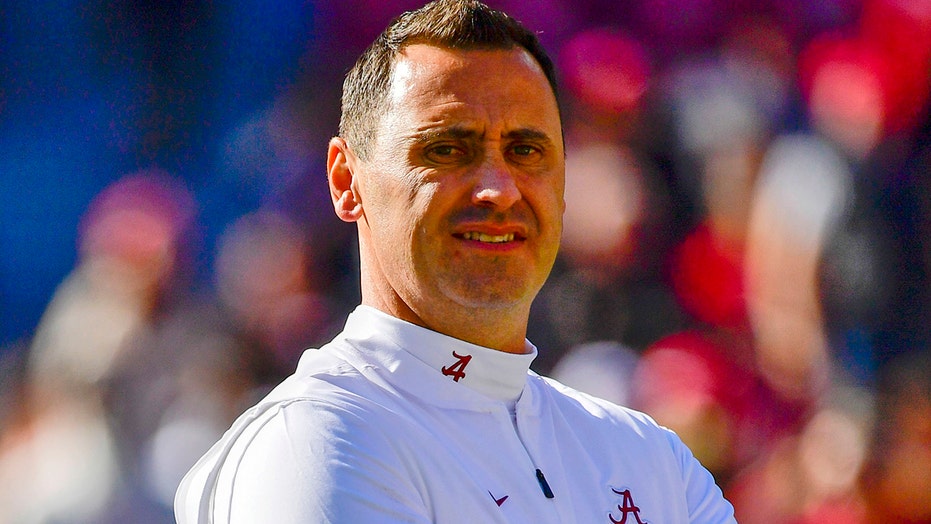 Steve Sarkisian will be the new head coach of the Texas Longhorns football team after the school fired Tom Herman, who had several years remaining on his contract.

Sarkisian’s success and struggles while as a coach have been well-documented. He had successful stints at Washington and USC before his alcohol-related issues came up. Several reports detailed issues involving the coach and alcohol and his journey to getting better.

He talked about his history with alcoholism during his first press conference as Longhorns coach Saturday.

"When you’ve gone through what I’ve gone through in the public eye, I don’t want to say you’re humbled but you are. I’m proud of the work that I’ve done. But I will say when you battle what I battle, you have to work on it every day," he said, via the Austin American-Statesman.

Since his firing at USC, Sarkisian was an offensive coordinator with the Atlanta Falcons and had two stints with Alabama. This season, he presided over an offense that included Mac Jones, Najee Harris, and Devonta Smith and is one win away from a national championship.

Texas finished the 2020 season with an Alamo Bowl victory over Colorado and a 7-3 record. The team has never made the College Football Playoff and last played for a national title during the 2009 season.

END_OF_DOCUMENT_TOKEN_TO_BE_REPLACED

END_OF_DOCUMENT_TOKEN_TO_BE_REPLACED
Recent Posts
We and our partners use cookies on this site to improve our service, perform analytics, personalize advertising, measure advertising performance, and remember website preferences.Ok