SWINDON hero Harry McKirdy wrote 'them f****** aren't bad are they' after being knocked out of the FA Cup by Manchester City.

McKirdy, 24, managed to score a late consolation as his side were defeated 4-1 by Pep Guardiola's. 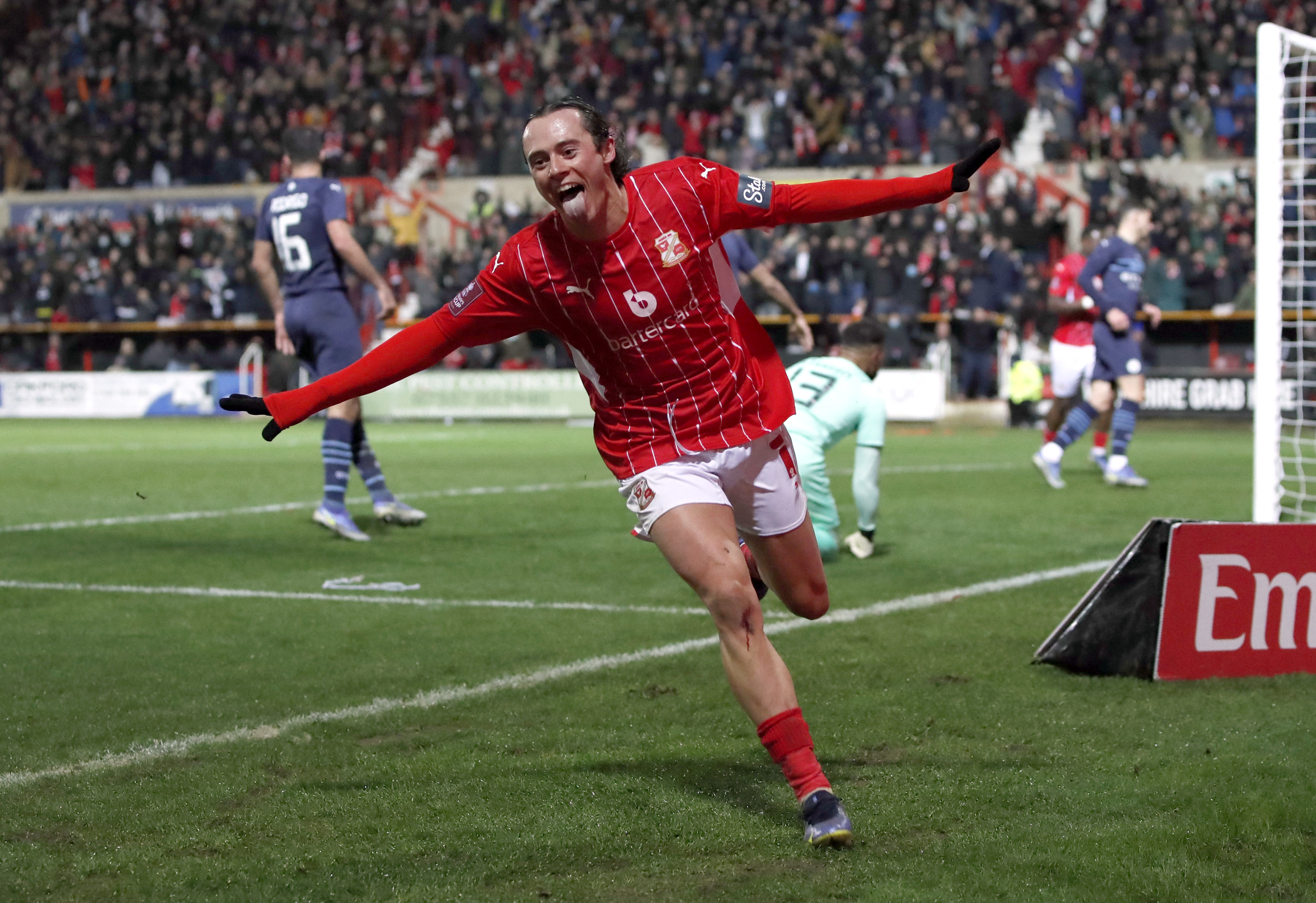 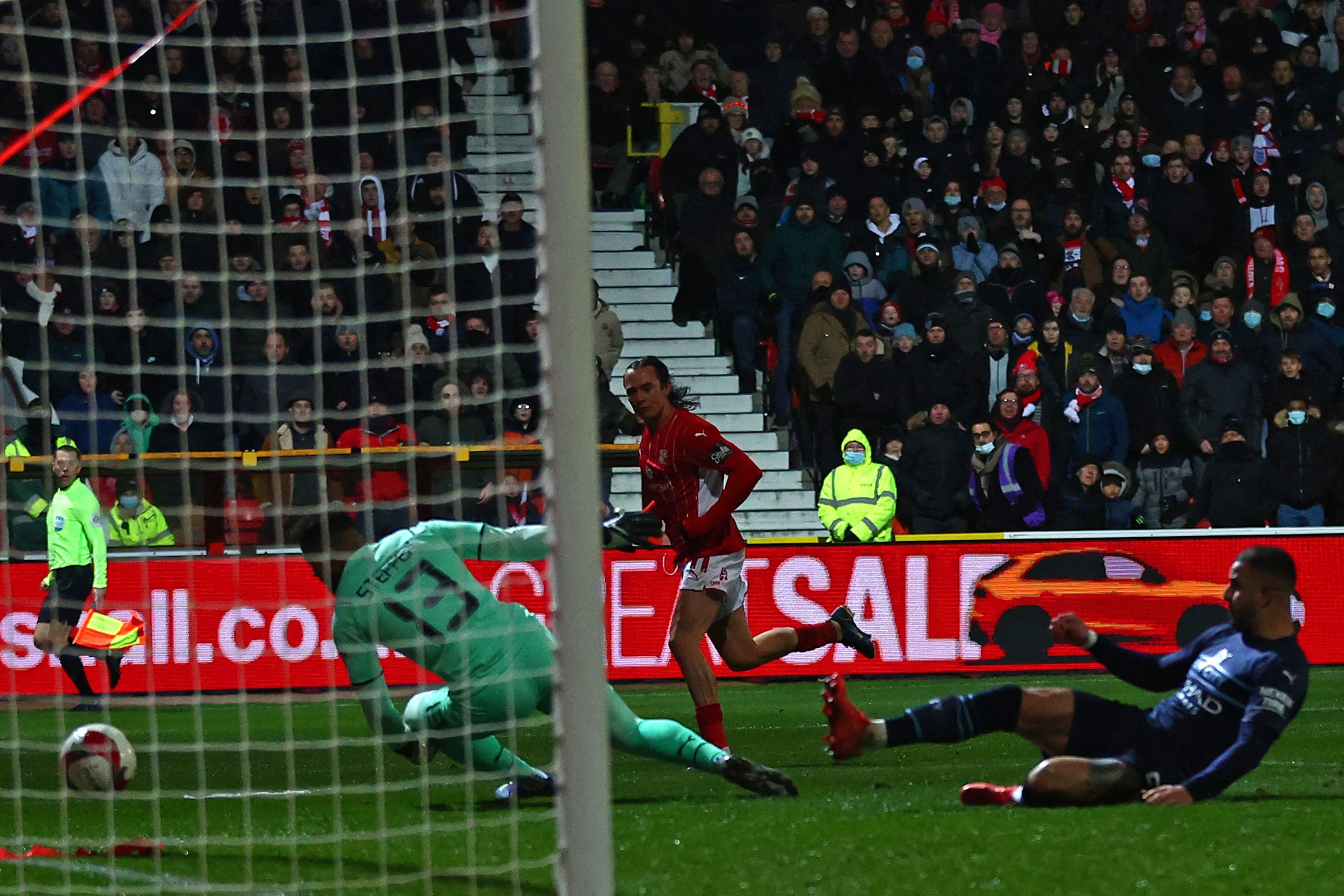 Despite falling to defeat, the forward was clearly buzzing with his goal against the Premier League champions.

At 3-0 down, substitute Jonny Williams raced away on the counter attack.

The Wales international smartly slipped the ball to McKirdy, who found himself one on one with Zack Steffen.

He rifled the ball past the American, launching himself into a knee slide celebration while grinning ear to ear.

Swindon went on to concede another, when Cole Palmer exquisitely curled the ball into the top corner.

But McKirdy came away with only positive memories from the experience. 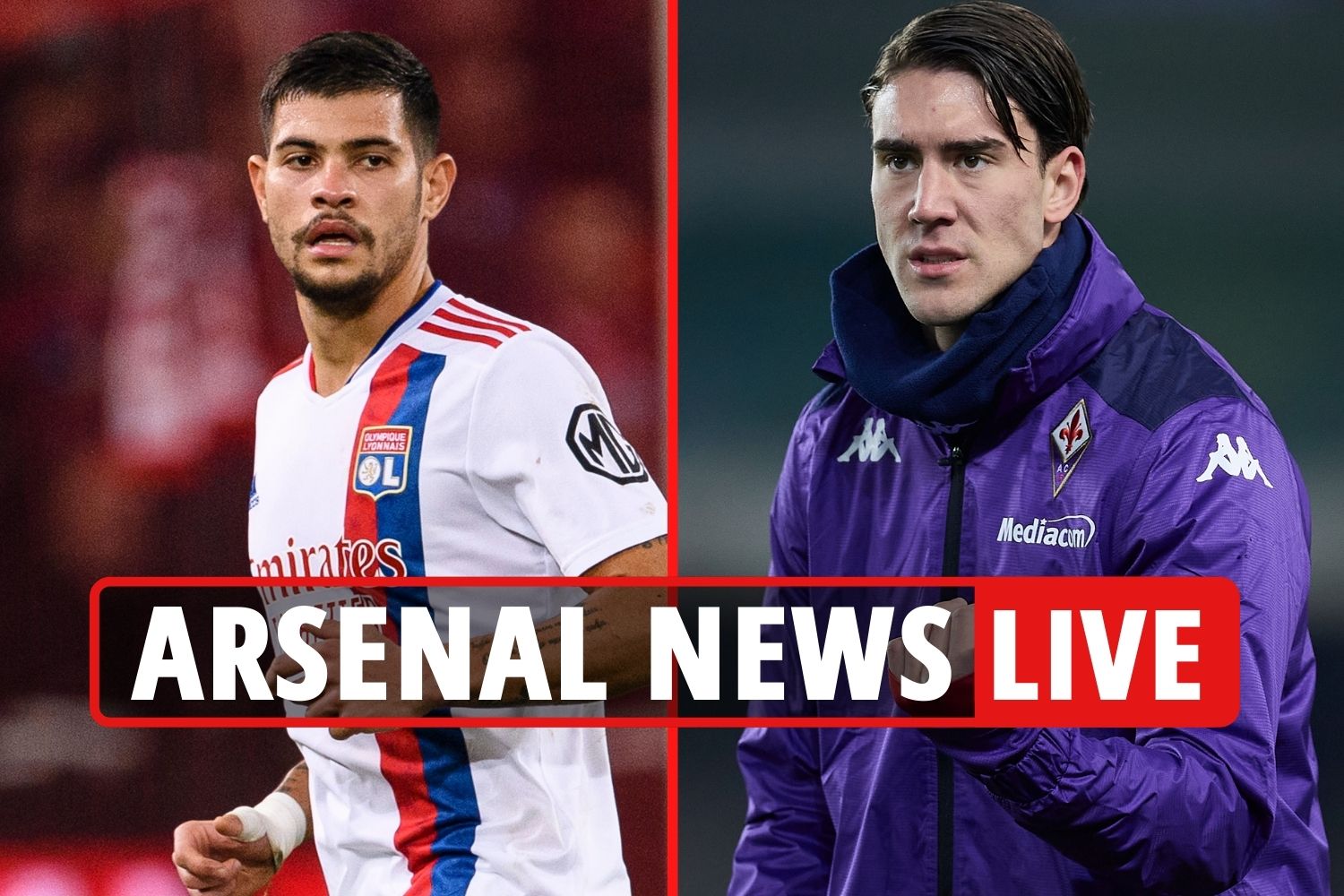 Among the comments was Williams, who left three laughing emojis.

Prior to McKirdy's exploits, Bernardo Silva, Gabriel Jesus and Ilkay Gundogan had been on target for the Covid-hit Prem side.

McKirdy has enjoyed a good campaign and has scored nine goals in 17 league outings this term.

After his four-goal performance against Northampton on New Year's Day, he said: "I'm a bit gutted I didn't get five but that is a bit greedy.

"I've been sulking the last few weeks that I haven't had enough shots and I was blaming a couple of the boys, but I got chances on Saturday and it felt good.

"That's nine goals in the league now and all have been one touch, so I think that's what I'm good at, that's my game and I felt a bit more lively on Saturday than I had the last couple of weeks." 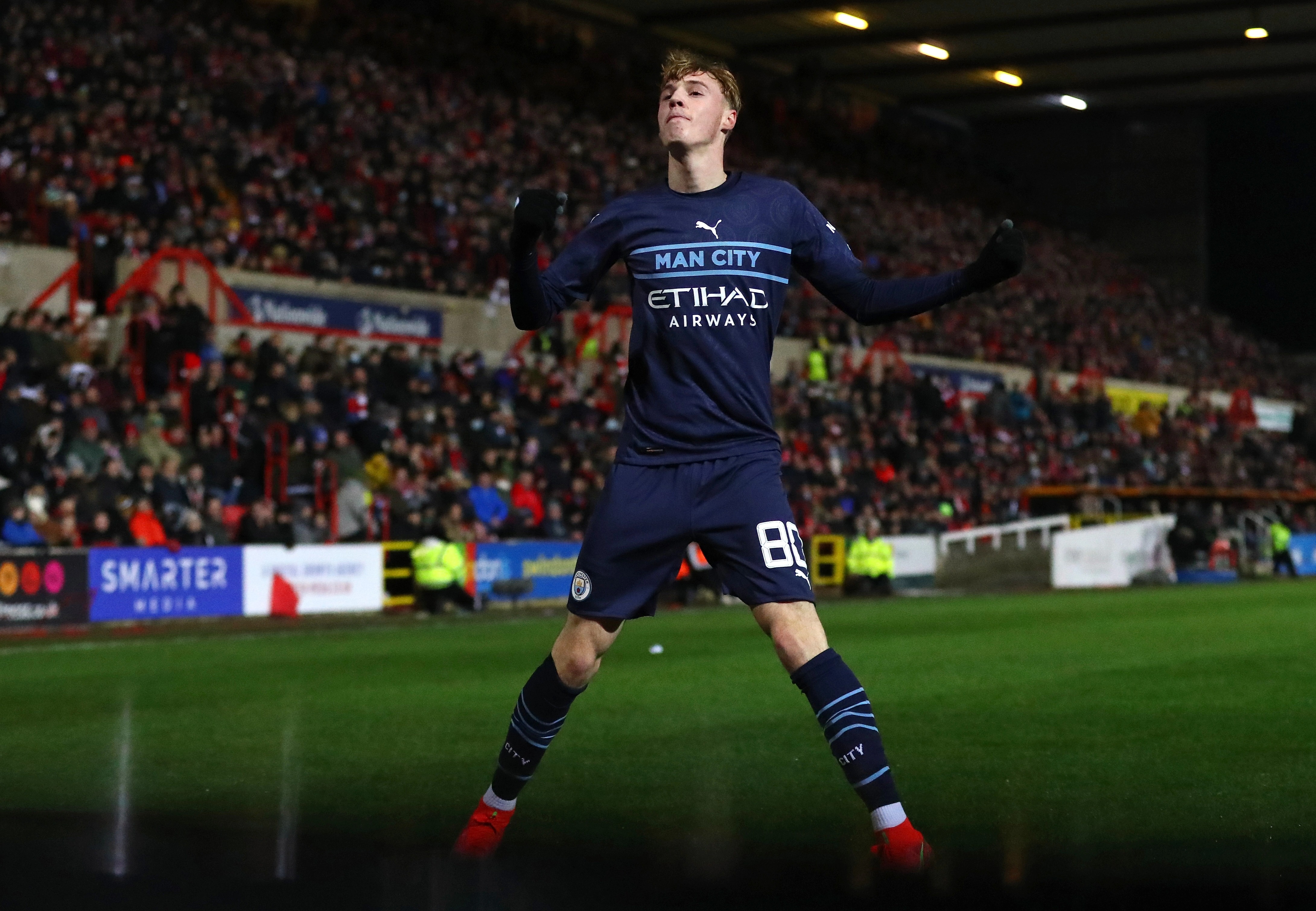