DANNY ROSE left football fans in disbelief with a WWE inspired foul on Alexandre Lacazette that saw the Watford left-back concede a penalty.

The former Tottenham man may still have a grudge for the Gunners based on his 'clothesline' type challenge that somehow didn't result in a booking. 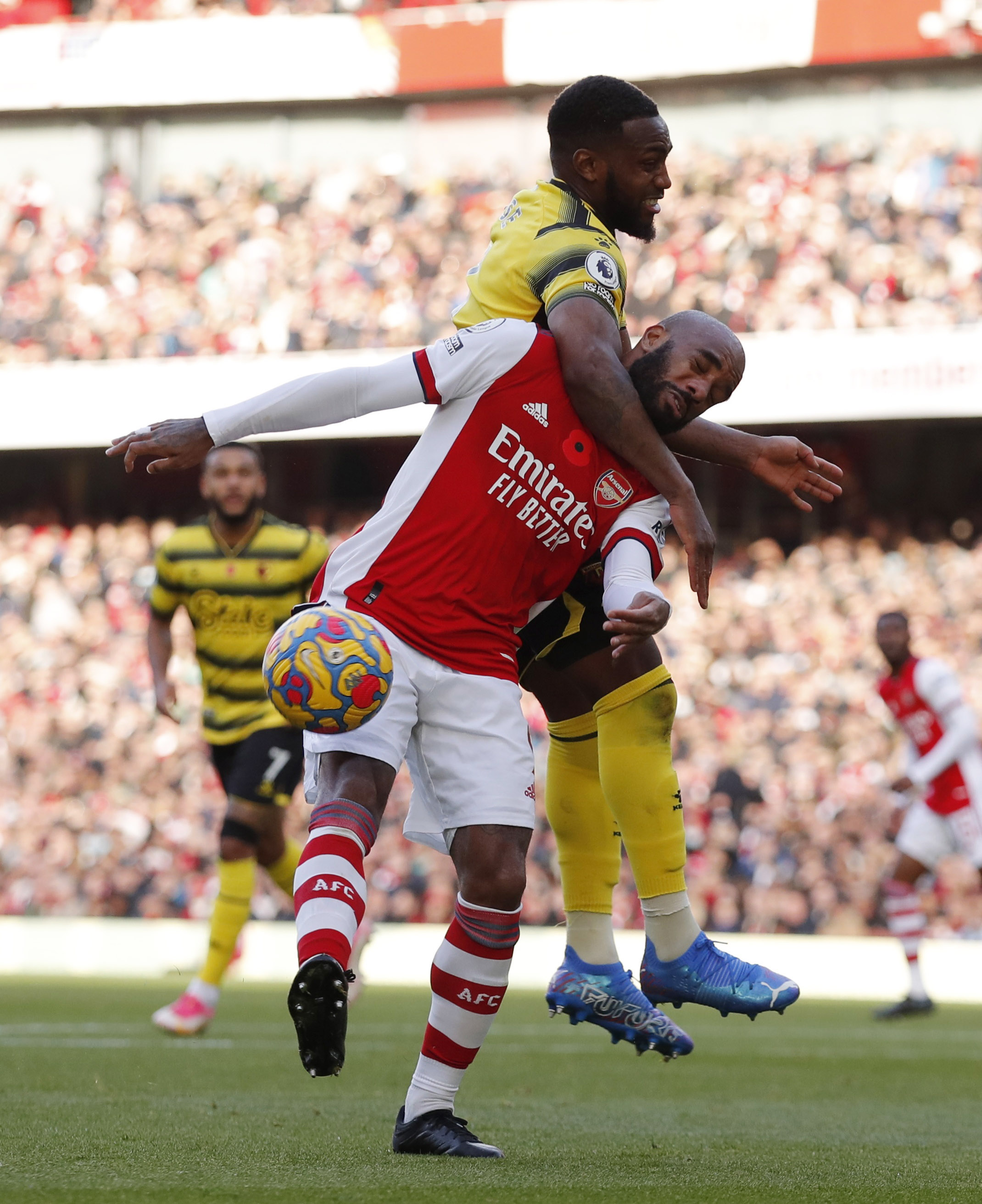 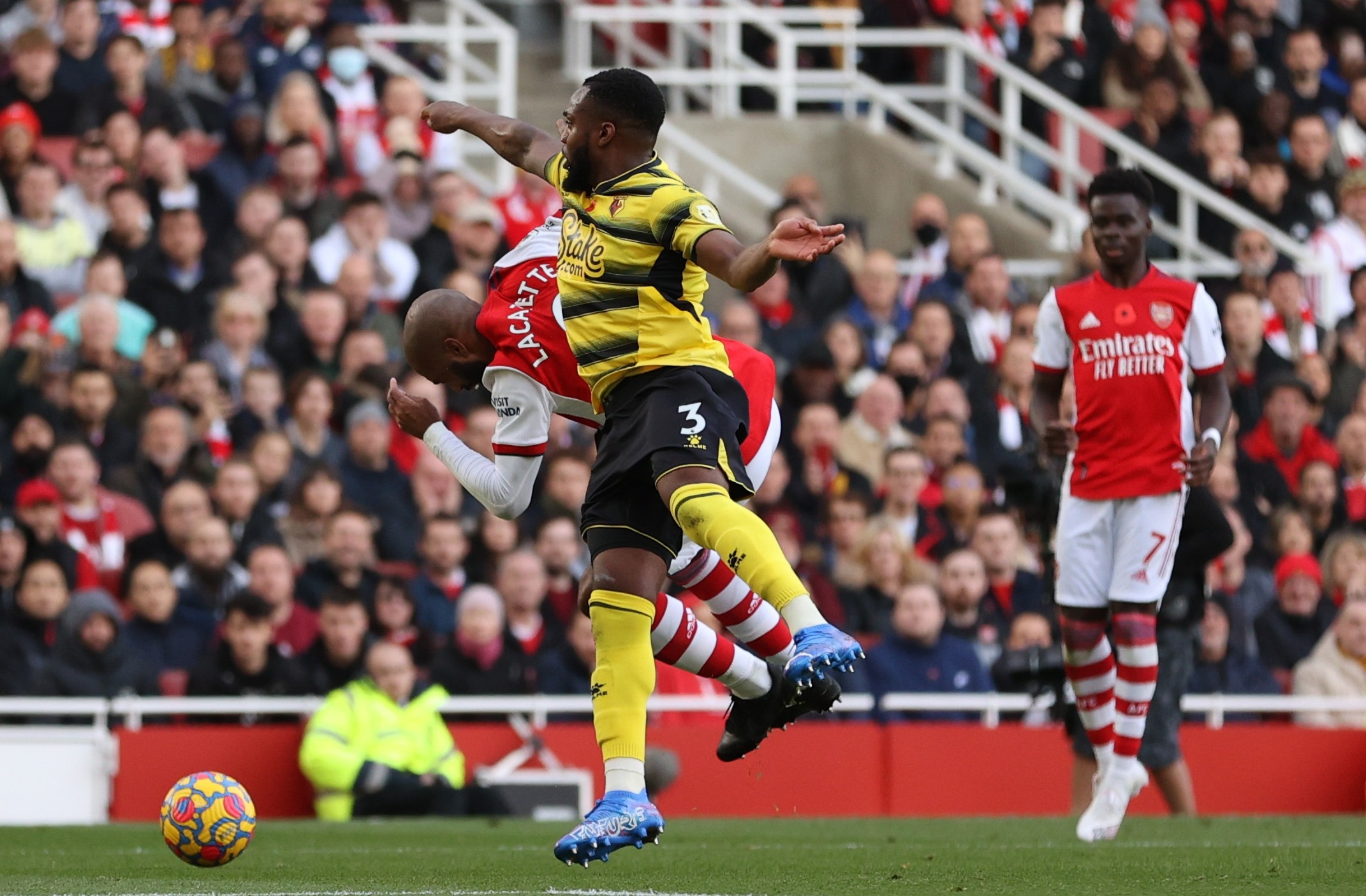 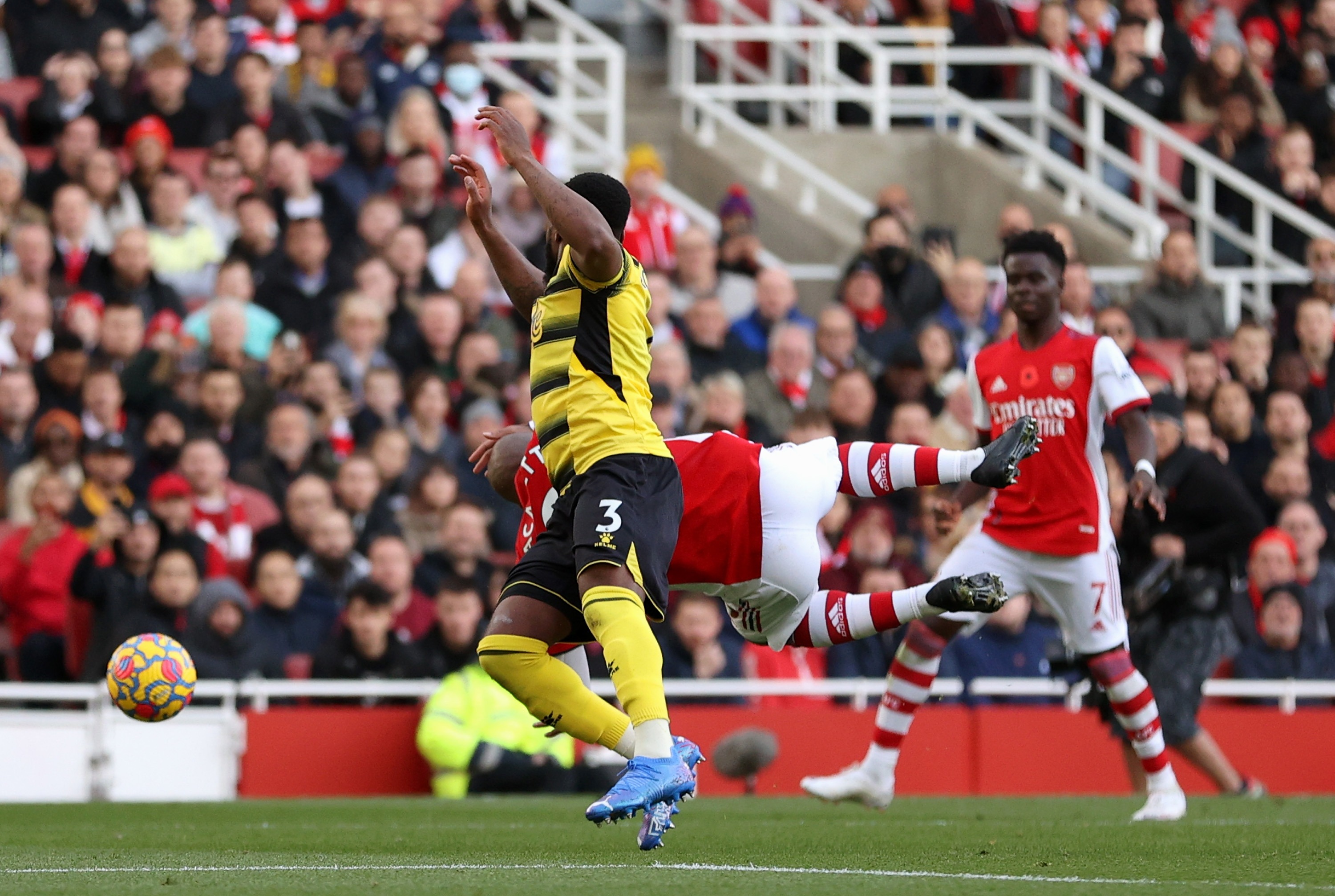 Luckily for Rose his blushes were spared as Ben Foster pulled off a sensational save to deny Pierre-Emerick Aubameyang from the penalty spot.

With the ball looping up in the air in the Watford box after a wild Ainsley Maitland-Niles effort Lacazette positioned himself underneath it to take it down.

But before he could Rose came flying out of nowhere in an awful attempt to head clear – instead making full contact with the Frenchman and sending him sprawling to the ground.

Predictably football fans on Twitter absolutely loved it, comparing Rose's challenge to something out of the WWE.

And viewers were left amazed that the 31-year-old wasn't even booked.

One fan reacted by tweeting: "WWE style clothesline from Danny Rose and doesn’t even get booked," followed by laughing emojis.

Meanwhile another said: "Danny Rose thinks this is WWE smackdown"

And one fan joked: "Danny Rose thinks he is in WWE throwing clotheslines from hell at all comers!"

Rose in fact gave away FOUR fouls in the first half – more than the entire Arsenal team put together.

The ex-Tottenham man also won a grand total of zero out of his five duels before the break.

But despite his ill discipline the left-back went in at the break having not been shown a yellow card.

Rose is back at the Emirates after playing 214 times for Arsenal's bitter rivals Tottenham.

He did score a stunning goal on his league debut for Spurs against Arsenal – but it's safe to say he's not enjoying his latest meeting with the Gunners.