Three Out: Olympic Baseball Qualifier Won’t Have a Full Field

For an Australian baseball player, reaching the major leagues in the United States is a rare achievement. Only 32 players born in Australia have done so, according to Baseball Reference, with Chicago White Sox closer Liam Hendriks serving as the most notable current player. But in a country where baseball isn’t a mainstream sport, reaching the Olympics is a more widely recognized feat.

“It was always a goal of mine to make the major leagues, first and foremost,” Tim Atherton, a former Minnesota Twins and Oakland Athletics minor league pitcher, said in a phone call from his home in Shellharbour, about two hours south of Sydney. “But to be able to have the chance to become an Olympian, it would have validated the last 20 years of sacrifice and hard work and training.”

Atherton, who has competed in other international competitions, won’t get that chance: Australia will not take part in the final Olympic qualifier that will begin on Tuesday in Mexico. Neither will China or Taiwan. Because of the global coronavirus pandemic, and a slew of related challenges ranging from health and safety concerns to government regulations, the final qualifying event for Tokyo — originally scheduled to be held in Taiwan and feature six countries — will have only three participants.

As Tokyo Olympic organizers plow ahead with plans for the Summer Games to begin next month, the baseball qualifier has highlighted the difficulties of hosting international sporting events during the pandemic. Australia, which withdrew two weeks ago, cited what Glenn Williams, the chief executive of Baseball Australia, called “insurmountable” challenges given a late change in venue precipitated by virus concerns.

“I was speechless, then I was angry because like, ‘Why?’” Atherton, 31, said of his reaction when told Australia would skip the tournament.

“I didn’t sleep properly for a week,” he added. “I got really run down and ended up getting sick, just sort of the body succumbing to the disappointment. The why and the what if are the hardest two things to overcome.”

The final spot in the Tokyo Games, where baseball is returning to the Olympics for the first time since 2008, will go to either Venezuela, the Netherlands or the Dominican Republic. Those three countries are ranked 8th, 9th and 10th in the world. But Taiwan and Australia were considered better, ranked fourth and sixth, and they had liked their chances of claiming the remaining berth. 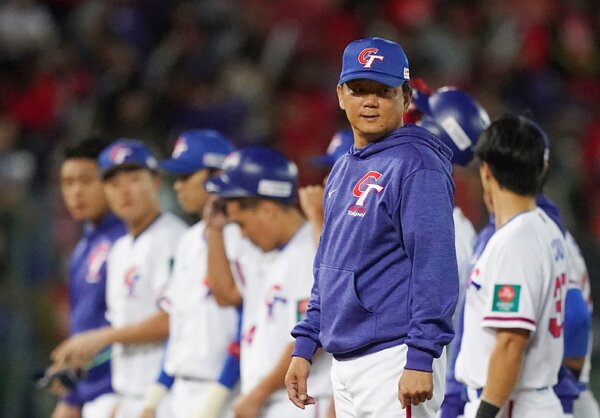 “I’m sad about this because Australia is a strong team and Taiwan is also big,” said Riccardo Fraccari, the president of the World Baseball Softball Confederation, the governing body of the sports, in a telephone interview. Some sports, like boxing, had their qualifiers canceled, but Fraccari said, “what is important, in my opinion, is to have a qualifier on the field and not with the rankings.”

Still, he said he understood the obstacles Taiwan and Australia faced. The city of Taichung was originally the host for the qualifier, but less than a month before games were scheduled to begin on June 16, cases surged in Taiwan and the government imposed a travel ban on foreigners that extended beyond the start date for the qualifier. So the W.B.S.C. pulled the event and scrambled to find a new host.

“I didn’t sleep for one week,” Fraccari said. “Can you imagine moving one competition with officials and everything in five days from one continent to the other?”

Fraccari said the W.B.S.C. considered hosting the final qualifier in Florida — where it had successfully held the six-team Americas Qualifier from May 31 to June 5 without any virus outbreaks — but finding fields at the last minute was a problem. He said Mexico solved a lot of problems, and he thanked government officials there — such as President Andrés Manuel López Obrador, a devoted baseball fan — for hosting the event.

But the new host city, Puebla, roughly two hours from Mexico City, wasn’t announced as the new site until May 28, leaving Taiwan and Australia — which have each previously won a silver medal in baseball in the Olympics — little time to adjust.

A week later, the Chinese Taipei Baseball Association announced that it was withdrawing from the final qualifier. The statement it posted online confirming the decision included two graphs showing rising cases and deaths on the island. Taiwan also said its team couldn’t practice because of the restrictions at home, and that it had concerns about the safety of its players and coaches in Mexico, where more than 3,000 new cases are reported each day.

“In the end, the mountain was too big to move,” Taiwan’s team said.

China’s baseball team had withdrawn from the event weeks earlier, when it was still scheduled to take place in Taiwan.

After Taiwan pulled out, Atherton, a co-captain of the Australian national team, thought his country’s chances of reaching the Olympics, which begin July 28 for baseball, had improved. But the qualifier moving to Mexico, in fact, made it harder.

“Attending the Final Olympic Qualifier in a Covid world was always going to present significant challenges,” Williams, who won a silver medal with Australia in 2004 before running Baseball Australia, said in a statement. “The planning for Taiwan was extensive and with the late change in location and dates, those plans became obsolete. We worked through multiple options and scenarios but the logistical challenges of providing a safe environment for the group were insurmountable.”

Williams said there were too many unanswered questions about player health and logistics, and that moving a large group through two continents with limited flight options was complicated. Atherton said the team was facing the prospect of spending double its travel budget to get to Puebla through stops in Los Angeles and Mexico City. He also said the team worried that someone in the traveling party might test positive for the coronavirus and have to stay in Mexico and under unknown care.

Most of all, though, there were the government restrictions and Olympic protocols the team would have to meet. Even though Atherton said almost all of the team members have been vaccinated, Australian rules mandate a 14-day quarantine for all travelers arriving from abroad.

“Even if Team Australia were successful in winning the event, the timing didn’t allow for the team to complete quarantine in Australia and meet the requirements of entry to the Tokyo Games,” Williams said.

Atherton commended Team Australia for exploring every option, and he said he understood the W.B.S.C.’s reasoning for pushing ahead with the qualifier. But he lamented that two of the highest-ranked teams in the world — Taiwan and Australia — wouldn’t be in the Olympics.

One of Atherton’s dreams was to have his three boys watch him play in the Games. The next time baseball would likely be in the Summer Olympics is in 2028 in Los Angeles. Atherton, who plays professionally in Australia, will be 38 then. He said his disappointment could help fuel that goal. But for some of his teammates, the Tokyo Olympics might have been their only shot.

“No telling if I’ll ever get to wear the green and gold again,” wrote Travis Blackley, a former major league pitcher who is 38, on Twitter. “Not how I pictured it ending!”

Despite the rush of emotions now, Atherton said he didn’t want to wallow in self pity because so many people around the world had lost much more than games to the virus. Watching the final qualifier might be tough, he said, but he will tune in next month.

“Mate, I’ll certainly be watching the Olympics,” he said. “I’m a sport fan and a baseball fan, foremost, and then a salty not-to-be Olympian third.”